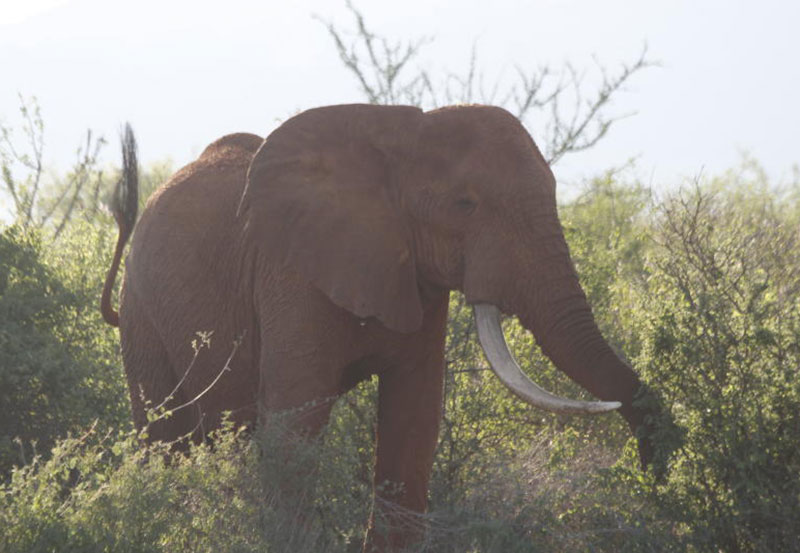 The most affected areas are Marmanent in Laikipia West and places bordering Rumuruti forest and Laikipia Nature and Conservancy.

Two people have been killed, a woman injured and crops worth millions of shillings destroyed in the past two months.

Among those killed is a Kenya Wildlife Service ranger who was attacked by an elephant while patrolling Rumuruti forest.

And Millicent Muthoni, a resident, is still recuperating at her home in Gatundia village after being attacked by the animals.

This has since forced the residents to protest against the menace.

Farmers especially those along Ngare Narok River have abandoned their trade as their crops keep being destroyed by the animals.

Jojas Ngure has lost over Sh500,000 in the past four months after elephants invaded his two-acre cabbage farm. “I had taken a loan from a local bank to invest in the venture which has been ruined by the animals," he said.

Ann Giathaiga said she abandoned farming after her three acre tomato farm was destroyed by elephants losing Sh600,000 as a result.

Marmanet ward MCA Simon Kanyutu whose area has been the most affected noted that the animals are from the nearby Rumuruti forest.

“We have complained to the relevant authorities yet no action has been taken, for how long will we be losing innocent lives to the animals?” he posed.

“The deputy president in his recent tour promised that we would be paid yet nothing has been done," Kanyutte averred.

Nyahururu KWS senior warden Jacob Orahale said things would be okay once they finished erecting an electric fence around the forest.

By Alexander Chagema 40 mins ago
Will Duale hold talks with Shabaab or tackle them head on?