Killing of wildlife by SGR trains is not intentional: Eric Kiraithe

By Lilian Musili | 4yrs ago

Government Spokesman Erick Kiraithe has asked Kenyans to appreciate what China Road and Bridge Corporation (CR&BC)  has achieved in the operations of Standard Gauge Railway (SGR).

Kiraithe said Kenyan staff pictured as being mistreated were going through orientation so as to gain military standard discipline to run the project.

CR&BC has been accused of mistreating Kenyan staff, lack of a prudent financial management package, racism and not putting measures to protect wildlife.

Kiraithe, however, said investigations are ongoing and action will be taken.

On the issue of Chinese staff handling all ‘matters’ in the locomotives including menial jobs, Kiraithe clarified that the Kenyan SGR employees were to entrench a culture from the Chinese train crew which would determine whether they would be able to operate the locomotives.

While defending the killing of wildlife, Kiraithe said the animals were not intentionally killed and that the State was satisfied with plans set in place to protect the Kenyan heritage. “This aspect has been highly sensationalized complete with carcasses of dead animals. The facts are that we are losing many more wildlife on our roads,” he said.

Investigations by the Sunday Standard have found a huge contrast between what happens when in public glare and what really goes on beneath the shiny surface when the Chinese retire to their apartments and restaurants.

Interviews with workers reveal an unwritten rule on the things that Kenyans can share with their Chinese masters.

The investigations reveled that they do not share tables at their staff restaurant. Chinese staff would never sit on the same table with Kenyans and Kenyans are not expected to join their tables either.

An assistant locomotive driver says this divide runs to the staff vans as well where even if only one Chinese is on board, Kenyans will not use them when time for drop-offs come. “You cannot board a van that drops us in the evening even if there’s only one Chinese on board. You will have to wait,” he says.

Chinese staff are allowed to smoke while in the locomotive and use of mobile phones, crimes that will get their Kenyan counterparts fired.

“We do not have washrooms in the driver’s cab, so some relieve themselves on the track lines,” he said.

We have seen images of one of the drivers, who could not wait to go to the washrooms, literally going for a long call next to the train in the open.

But what is likely to alarm conservationists and wildlife activists is the number of wildlife that are being run over by the train as it snakes its way from Mombasa to Nairobi and back.

Following the exposé Kenya Railways has launched investigations and is expected to give a report soon.

School, firms partner to train students on how to choose careers
Education
By Ishaq Jumbe
25 mins ago
George Kinoti's goodbye letter to Kenyans as he leaves DCI
National
By George Kinoti
52 mins ago
Chess: Kisumu shines as over 200 qualify for Africa Schools Individual Chess Championship
Unique Sports
By Washington Onyango
59 mins ago
Putin and partial mobilisation
Cartoons
By Harry
1 hr ago
.

By Ishaq Jumbe 25 mins ago
School, firms partner to train students on how to choose careers 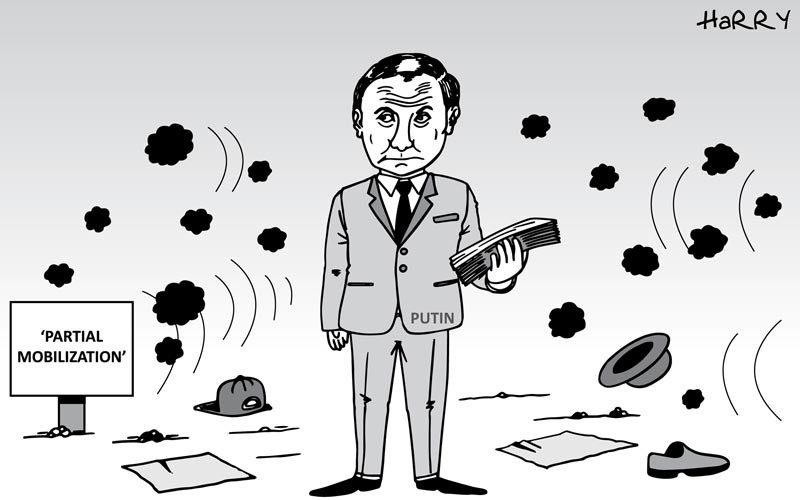 By Harry 1 hr ago
Putin and partial mobilisation