By Paul Wafula | 4yrs ago 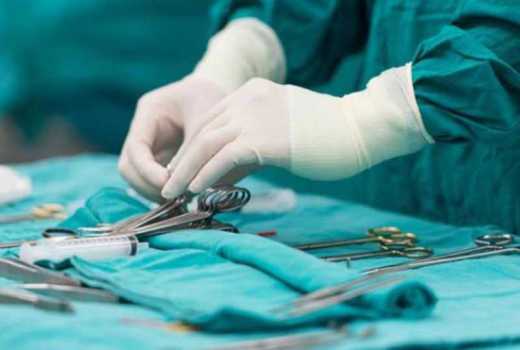 The bungled protocols and procedures which led to the erroneous and near fatal operation of a man at the country’s largest referral hospital, can now be revealed.

Shocking details continue to emerge over what transpired on the night a man was mistakenly put under the surgeon’s scalpel and taken through a four-hour ordeal during which the country’s top minds went through a fishing expedition to the farthest corners of his brain.

The patient who underwent the unintended brain surgery on Monday night had been dumped while unconscious at Kenyatta National Hospital (KNH) tagged as an ‘unknown African man.’

On the same day, another patient within the wards also with no known names nor identification documents and also tagged as an unknown male lay in his bed, bidding his time to get what could be a life saving operation. Both men were unconscious.

But as he waited, the theatre was readied and instructions from the team of specialists on standby reached the nurse, who mistakenly wheeled in the wrong patient, relegating the deserving man to another night of waiting and condemning the other to an unnecessary, painful and life threatening procedure, exposing the level of negligence at the referral hospital that also doubles up as the last hope for medicare for millions of Kenyans.

According to a doctor familiar with the incident, the duty doctor who received the patients at the casualty section, informed the neurosurgeon on duty, who is a registrar at the facility on his fourth year of training, to prepare to perform a surgery on an ‘unknown African man.’

The hospital has two neurosurgeons on duty in charge of operations every week.

One made the call to the nurses station about the surgery on an unknown African man. But before this happened, a swap of the records between the two males had occurred. There could only be one outcome - the wrong man being wheeled into the operating room and handed over with a stranger’s medical history.

All the paper work accompanying the unknown African male checked out.

And as the steady hands of the surgeons went over the nurse’s notes, nothing indicated that the unconscious man on the operating table had a medical history different from what was on the notes.

At this time, the OR was buzzing. In it was an anesthetist, two nurses -- a scrub nurse and a circulating nurse to help the neurosurgeon who was the lead doctor and an assisting doctor.

The anesthetists on duty did the review and handed the doctor the file. The CT scan showed there was bleeding in the patient’s head. The neurosurgeon and an assistant doctor started the procedure.

“When they did the surgery, they did not find the clot. That is when he realised something was not right. He called the ward to verify and confirm if it was the correct patient. The ward initially confirmed but he still had his reservations. He called the second doctor on call for immediate back up. He also called the consultant, the third back up,” the source said.

When the consultant arrived, he scrubbed in and joined the team in theatre. Now, there were more than five pairs of eyes looking into the man’s head.

“The consultant asked them to close up the patient and do a repeat CT scan,” the source said.

There could only be two possibilities. One, the patient had miraculously recovered from his cerebral hemorrhage or, two, the wrong man had gone under the knife. In a room full of doctors, science triumphed over faith and it was, four hours later, accepted that the wrong man had been cut open.

As the team stitched up the patient in theatre, the patient who needed the surgery was deteriorating. Realising the error, the ward nurse called the ICU (intensive care unit) hoping the procedure had not already started. But it was too little too late. In a world that requires more than military precision, those on duty that night were way off the mark.

The fact that it took four hours for the medics at the facility to realise this mistake has exposed just how broken the KNH system is.

Currently, the state of the patient who ought to have been in surgery that Monday night continues to deteriorate. He spent most of yesterday in the ICU. “His prognosis is bad. We do not know if he will make it,” our source said.

This account was however contradicted by the Health Cabinet Secretary Sicily Kariuki.

The KNH system does not have an emergency neurosurgery ward that should have prevented this mix-up.

At the moment patients waiting to be taken in for neurosurgery wait in any surgery ward 5a, 5b or 5d. The fact that the doctor who admits patients in casualty is different from the one in surgery also provides a blackhole through which such mixups might occur.

The two men remain unclaimed and unidentified, unaware of the turmoil around their lives.

It also emerged that the medical board had asked for a report on what happened as it launched formal investigations into the incident.

The fact that the neurosurgeon is also not a direct employee of the facility may also feature in the investigations.

“The doctor is not an employee of Kenyatta. He is registrar doing his post graduate training,” the source said. We cannot name the doctor at this time because this may affect other patients under him.”

He is in the fourth of a six year programne and they start operating from the third year.