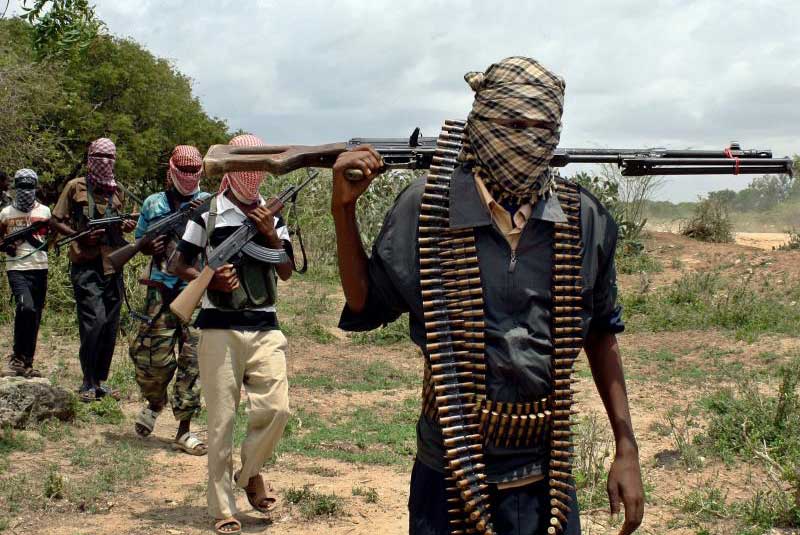 At least 54 university students have abandoned their studies to join terrorist groups in the past two years.

The majority of them - 44 - joined the groups last year but this year only 14 have fled, a police report reveals.

The decline in the number of terror recruits has been attributed to various counter-terrorism strategies by the Government.

”Most of the successes from current counter-terrorism efforts are largely due to close working relations between security agencies and members of the public who voluntarily share information with security personnel,” says the report.

The students were among dozens of youths who left the country to join terror groups in countries such as Libya, Somalia, and Syria.

But this trend has declined due to, among others, enhanced security patrols along the Kenya-Somali border and other Kenyan border points.

Additionally, many Kenyan youths are increasingly becoming aware of the futility of joining militant groups such as Al-Shabaab and ISIS, the report says.

The report cites intelligence that shows that many of the Kenyan terror fugitives in Somalia have borne the wrath of Al-Shabaab, which is increasingly accusing them of spying for the Kenya Defence Forces in Somalia.

Many Kenyan fighters in its ranks have been killed in the wake of spying claims.

In addition, the mounting counter-offensive against the militant group by the African Union Mission in Somalia (Amisom), the Somali National Army (SNA), and the American military is eroding the appeal and traction the group had among foreign fighters.

Dozens of Kenyan youths who joined ISIS in Libya or Syria have disappeared and/or been killed in counter-terrorism operations, the report says.

A recent case was of two young Kenyan doctors, Farah Dagane Hassan, 26, and Hiish Ahmed Ali, 25, who were killed in the Libyan city of Sirte in an operation against the terror group.

Prior to joining ISIS in Libya, the two medical interns at Kitale hospital had been linked to a terror cell that was plotting attacks in Kenya in 2016.

Kenya, through the National Counter Terrorism Centre (NCTC), has also spread its tentacles, working with communities and institutions of learning to delegitimise the appeal of extremist ideologies among the youth, particularly those in lower and higher learning institutions throughout the country.

“Concerned efforts by the NCTC is also gradually raising the level of awareness about terrorism and why it’s pragmatic to work with security agencies to keep the country safe,” says the report.

Kenya has long suffered the adverse ripple effects of the long-standing political crisis in neighbouring Somalia.

Armed conflict and lawlessness from Somalia have at times destabilised Kenya’s frontier counties in the northeastern region and placed much pressure on Kenyan security agencies over the past few years.

Terror activities have claimed more than 1,000 Kenyans in the past five years alone.

There has been tension and fear in Kenya over terror attacks but the security agencies say they are now in charge.

This was heighted when foreign governments, particularly the Western powers, kept their nationals on high alert, raising fears in the public domain.

“In contrast the country has largely remained calm, with the exception of a few sporadic and cowardly criminal acts that have been witnessed in parts of Lamu County and its environs.”

According to the report, sustained counter-terrorism efforts enlisting various security agencies have enabled the country to realise gains spanning disruption of various terrorist plots, arrests, prosecution of terror suspects, as well as infiltration and disruption of terror cells in various parts of the country.

It cites an instance in which in May 2016 police foiled a terror plot by an East African terror cell that was suspected to have had links with ISIS.

A medical intern at Wote Hospital in Makueni County, Mohammed Abdi Ali, his wife Nuseiba Mohammed Haji, and some of their associates were arrested in connection with the plot.

Ali was also believed to have been the mastermind of the plot and was suspected to have used the network to radicalise Kenyan youths and recruit them into terror groups.

In May 2017, three Kenyans - Adan Mohamed Sheikh, Said Ahmed Dabow, Mohamed Abdi Mohamed - and a Somali, Abdiqan Abdishakur Shobay, suspected to have been travelling to join ISIS in Libya, were arrested in Juba.

In June 2017 police arrested five Isiolo youths as they travelled to Somalia to join Al-Shabaab.