By Patel Okumu | 4yrs ago

The suit seeking to bar Chebukati and Chiloba from conducting the repeat poll was filed by three voters, Brian Asin, Ben Wanasakaami and Kevino Alwanga.

The three had filed a case at the High Court under certificate of urgency, seeking to bar the commission from conducting the poll, with the Chairman Wafula Chebukati being the first respondent among nine others. All the six commissioners, the Chief Executive Officer (CEO) and Attorney General Githu Muigai ware also included in the suit.

The petitioners had argued that the commissioners and CEO Ezra Chiloba are public officers at IEBC, therefore, should have delivered credible polls as they raise integrity questions. They wanted the court to issue a conservatory order against Chebukati and Chiloba restraining them from supervising presidential elections.

The court’s decision throws in an interesting angle into the internal matters of the IEBC.

In what was seen as either routine housekeeping or bowing in to pressure from the Opposition,  on Friday  Wabukati reportedly announced the names of the team to run the October 26 repeat presidential election in which Chiloba’s name was missing.

Hours later, in what is becoming something of a familiar script, the commission dismissed the leak as fake.

In the alleged leak, Chebukati had reportedly advised officials whose names didn’t feature in the roll to consider themselves as surplus.

National Super Alliance (NASA) has insisted on what it terms as irreducible minimums that must be effected failure to which no repeat presidential election will happen.

One of the minimums calls for the removal of Chiloba and other officials it accuses of bungling the August 8 presidential poll in favour of the president.

To that effect, the Raila Odinga-led NASA has been staging twice-a week demos which, from Monday, October 9, have been rachet up to three (Monday, Wednesday and Friday).

A series of meetings featuring the IEBC, Jubilee and NASA presidential candidates or their agents have not yielded any compromise, throwing the poll into uncertainty. [President Uhuru has not attended but Raila has.]

President Uhuru Kenyatta is the Jubilee candidate while NASA’s is Raila Odinga.

On September 1, The Supreme Court of Kenya determined that the August 8 presidential poll was null and void on the grounds that it was not conducted in accordance with the Constitution and the applicable law.

President Uhuru disagreed with declaration in respect of a petition that had been filed by NASA. He however did not have kind words for the judges whom he called “’wakora”’ (crooks) vowing to ‘’fix’’ the court by way of legal amendments in the National Assembly.

True to his word, a bill is in parliament whose effect, the opposition says, is to emasculate the IEBC and the Supreme Court.

Jubilee, however, maintains that the amendments will seal the loopholes that saw the Supreme Court annul the election on purely procedural grounds.

Western diplomats and the clergy have advised against changing the rules of the game weeks to the election while urging NASA to go easy on ‘’unreasonable demands’’ because there is no time to reconstitute a fresh electoral agency. 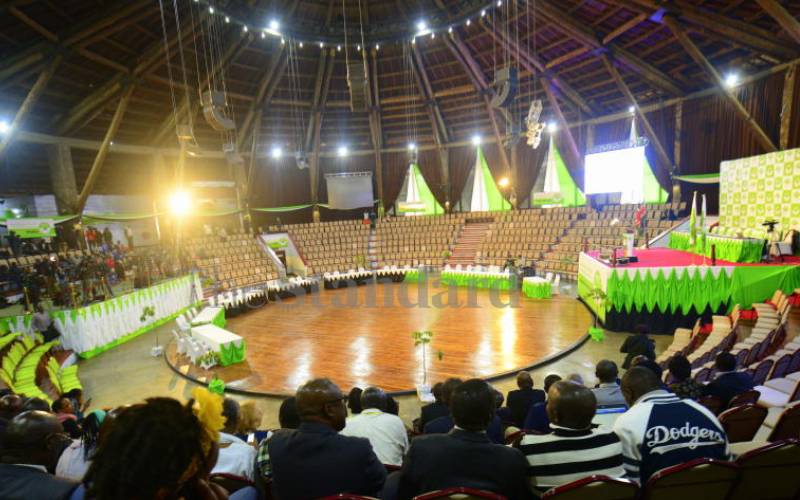 Premium IEBC risks failing to account for 1m votes as connectivity issue lingers
IEBC is still at loggerheads with CAK just 54 days to the poll, and each side is yet to establish the said coverage, hence the network coverage of polling stations nationwide.
National
By Jacob Ngetich
3 months ago
.