By Tobias Chanji AND PATRCK BEJA | 5yrs ago

Title deeds issued by President Uhuru Kenyatta three years ago for a settlement scheme in Kwale have been nullified.

National Land Commission (NLC) Chairman Muhammad Swazuri said the title deeds issued to Golini adjudication area were erroneously given to non-locals despite the fact that locals were occupying the land.

Mr Swazuri said the errors were discovered after the county government and NLC conducted a verification exercise.

Last year, the County Assembly Land Committee recommended the revocation, saying more people from ‘outside’ were issued with the documents than local squatters.

“We have a lot of issues in settlement schemes like Diani complex, Ukunda, Diani, Ramisi and Shimba hills,” said Swazuri.

NLC said that genuine locals will receive allotment letters before being issued with title deeds.

Addressing journalists when he toured Kwale, Swazuri said that the commission will consider current owners, locals and county government in either deciding to or not to renew expired land leases in the area.

Swazuri asked locals of Somali origin occupying Kuranze ranch in LungaLunga to allow the Maasai and the Duruma to graze and water their cattle pending determination of a land dispute.

“We have a lot of issues in ranches across the country including Laikipia, Nyandarua, Kajiado, Samburu, Narok and Lamu. But the Community Land Act will address such issues through the county government,” he said.

The elders have opposed the project.

“If we allow this to go, people will bring their structures and make this park a market centre which is not good. We have moved to court after the county government refused to hear us out and so we ask NLC to help us stop the construction,” said Kaya Kwale Chairman Abdallah Kushinda

This comes as Mombasa County demanded that the entire coastal region be represented in a Lands ministry task force to look into policy regulations.

He said Mombasa, Kwale and Kilifi, which host scores of squatters and face unique problems such as absentee landlords, should be part of the task force.

The Kenya Land Alliance (KLA) has also demanded to be included in the task force.

The Lands ministry and the National Land Commission (NLC) are consulting with stakeholders to regularise nearly three million title deeds issued by the Jubilee administration since 2013. 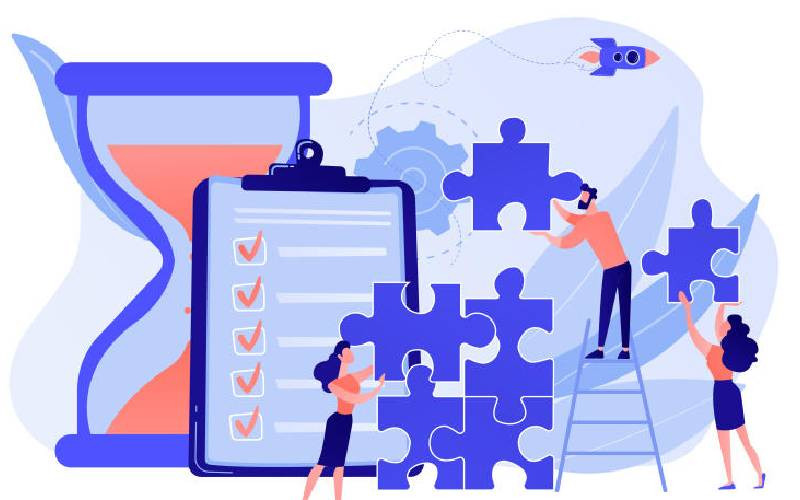 What effective performance management entails
Enterprise
By Julius Kipngetich
30 mins ago
Ruto says Jamhuri Day celebrations will be innovation-themed
National
By Stephanie Wangari
1 hr ago
Adult brothers' love affair with their teenage step-sister ends in death
Counties
By Winfrey Owino
1 hr ago
We have lowered the bar for public appointments
Editorial
By Editorial
2 hrs ago
.

By Julius Kipngetich 30 mins ago
What effective performance management entails
.