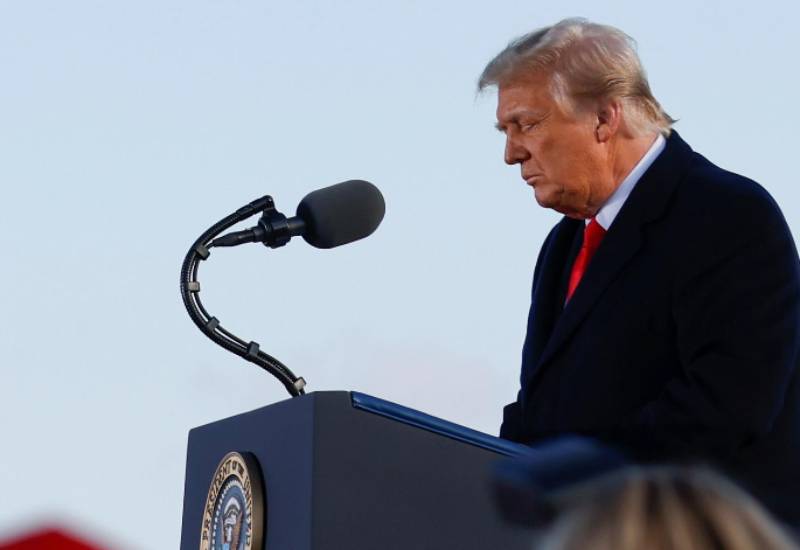 Citing people familiar with the matter, the Journal said the efforts in the last weeks of Trump’s presidency failed because of resistance from his Justice appointees who refused to file what they viewed as a legally baseless lawsuit in the Supreme Court.

The Justice Department did not immediately respond to a request for comment from Reuters on Saturday.

Senior officials including Rosen, former Attorney General William Barr and former acting Solicitor General Jeffrey Wall refused to file the Supreme Court case, concluding there was no basis to challenge the election outcome and the federal government had no legal interest in whether Trump or Biden won the presidency, some of these people told the Journal.

Then-White House counsel Pat Cipollone and his deputy, Patrick Philbin, also opposed Trump’s idea, which was promoted by his outside attorneys, these people said.

After his Supreme Court plan got nowhere, Trump explored replacing Rosen with Jeffrey Clark, a Trump ally who had expressed a willingness to use the department’s power to help Trump continue his unsuccessful legal battles contesting the election results, the people told the Journal.

Trump backed off that plan after the threats from senior Justice Department leadership to resign if Rosen were removed, people familiar with the discussions said.

The plan to oust Rosen was first reported by the New York Times.

A Trump adviser, asked to respond to the U.S. media reports, said the former president “has consistently argued that our justice system should be investigating the broader, rampant election fraud that has plagued our system for years. Any assertion to the contrary is false and being driven by those who wish to keep the system broken.”

Democrats reacted with fury on Saturday to the New York Times’ report, with Senator Richard Durbin, incoming chairman of the Judiciary Committee, saying he would investigate efforts to use the Justice Department to further Trump’s efforts to overthrow the election results. Senate Majority Leader Chuck Schumer calling on the department’s inspector general, Michael E. Horowitz, to investigate “this attempted sedition.”

Trump’s relentless and baseless claims of election fraud - and his refusal to acknowledge Biden’s victory - culminated on Jan. 6 when Trump urged a rally of his supporters to march to the Capitol to protest the certification of the results. The resulting rampage led to five deaths, including a Capitol police officer.

The Democratic-controlled House of Representatives impeached Trump for a second time a week later for inciting the insurrection at the Capitol, and a Senate trial on the charge will begin the week of Feb. 8. Biden took office on Wednesday.