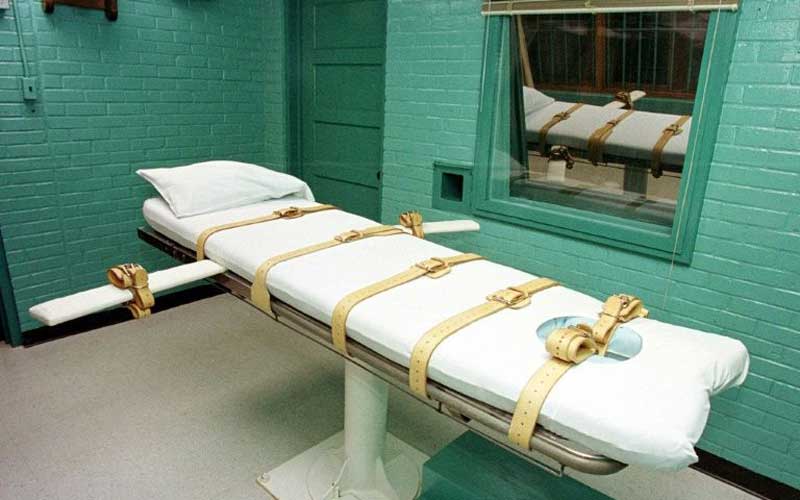 A US appeals court has issued a ruling that would allow for the first federal execution in 17 years on Monday, pending a last-minute application to the Supreme Court. President Donald Trump's administration has scheduled three more executions in the coming months, saying it is acting in the interest of crime victims. Daniel Lee, a 47-year-old white supremacist, was convicted in 1999 of killing a gun dealer, his wife and her eight-year-old daughter in Arkansas.

He is scheduled to die Monday by lethal injection at Indiana's Terre Haute prison. Relatives of his victims -- including Earlene Peterson, the grandmother of Lee's youngest victim -- have asked for the execution to be delayed because of the coronavirus pandemic. But a temporary injunction by the Southern District of Indiana district court was lifted by the Court of Appeals for the Seventh Circuit on Sunday, clearing the way for the execution to go ahead. The victims' family will take their appeal "to the US Supreme Court in an effort to seek reversal," their lawyer Baker Kurrus said in a statement Sunday. They hope to delay the execution until travel to the prison is safe, he said.

"The federal government has put this family in the untenable position of choosing between their right to witness Danny Lee's execution and their own health and safety," Kurrus said. It comes as the Bureau of Prisons said Sunday a member of Terre Haute prison staff had tested positive for the virus. Most offences in the US are tried at the state level but the federal government takes up the most serious cases, such as terror attacks or racist crimes. The last execution at federal level was in 2003. In the last 45 years, only three people have been put to death by the federal government, including Timothy McVeigh, who was convicted of bombing a federal government building in 1995, killing 168 people, and executed in 2001.

"There's no reason for anybody to be carrying out executions right now because of the pandemic," said Robert Dunham, executive director of the Death Penalty Information Center, accusing Trump's administration of "political use of the death penalty." Trump faces a tough election in November to secure a second term in office. Peterson, the mother and grandmother of Lee's victims, opposes the sentence and has asked the administration several times to grant him clemency. A Trump supporter, she called on the president to intervene: "The scheduled execution of Danny Lee for the murder of my daughter and granddaughter is not what I want and would bring my family more pain."

Power of hate is back with Trump leading the troops