President Donald Trump’s decision to cancel Afghan peace talks will cost more American lives, the Taliban said on Sunday while the United States promised to keep up military pressure on the militants, in a stunning reversal of efforts to forge a deal ending nearly 20 years of war in Afghanistan.

The Islamist group issued a statement after Trump unexpectedly canceled secret talks planned for Sunday with the Taliban’s major leaders at the presidential compound in Camp David, Maryland. He broke off the talks on Saturday after the Taliban claimed responsibility for an attack in Kabul last week that killed an American soldier and 11 others.

Zabihullah Mujahid, a Taliban spokesman, criticized Trump for calling off the dialogue and said U.S. forces have been pounding Afghanistan with attacks at the same time.

“This will lead to more losses to the U.S.,” he said. “Its credibility will be affected, its anti-peace stance will be exposed to the world, losses to lives and assets will increase.”

In Washington, Secretary of State Mike Pompeo said that Afghan peace talks were on hold and Washington would not reduce U.S. military support for Afghan troops until it was convinced the Taliban could follow through on significant commitments.

The United States has recalled U.S. special envoy for Afghanistan Zalmay Khalilzad to chart the path forward, Pompeo said in appearances on Sunday TV news shows. Asked on “Fox News Sunday” whether Afghan talks were dead, Pompeo said, “For the time being they are.”

Trump has long wanted to end U.S. involvement in Afghanistan - since his days as a candidate - and American diplomats have been talking with Taliban representatives for months about a plan to withdraw thousands of U.S. troops in exchange for security guarantees by the Taliban.

US and Taliban negotiators struck a draft peace deal last week that could have led to a drawdown of troops from America’s longest war. There are currently 14,000 U.S. forces as well as thousands of other NATO troops in the country, 18 years after its invasion by a U.S.-led coalition following the Sept. 11, 2001, al Qaeda attacks on the United States.

Fighting in Afghanistan has continued amid the talks and recent assaults by the Taliban cast doubts over the draft deal. As violence has escalated, Afghan leaders including President Ashraf Ghani have been increasingly critical of the deal and encouraged the Taliban to enter direct talks.

Asked whether the collapse of talks put a U.S. troop pullout on hold as well, Pompeo said the issue would be discussed. “The president hasn’t yet made a decision on that,” he said on ABC’s “This Week.”

Trump decided to get personally involved to get the agreement to the finish line at Camp David after “real progress” had been made in talks, Pompeo said.

The US president has touted his skills as a negotiator and personal rapport with world leaders including Kim Jong Un of North Korea, but such one-on-one diplomacy has not led to any breakthrough deals so far.

Trump was criticized, even by some fellow Republicans, for having offered to host on U.S. soil a militant group that has killed American troops and had sheltered al Qaeda leader Osama bin Laden after the Sept. 11, 2001 attacks.

“Camp David is where America’s leaders met to plan our response after al Qaeda, supported by the Taliban, killed 3000 Americans on 9/11,” U.S. Representative Liz Cheney, a Republican whose father, Dick Cheney, was U.S. vice president at the time of the attacks, wrote on Twitter on Sunday. “No member of the Taliban should set foot there. Ever.”

Americans will on Wednesday mark the 18th anniversary of the al Qaeda attacks in New York, Washington and Pennsylvania.

Taliban fighters, who now control more territory than at any time since 2001, launched assaults over the past week that included a suicide attack in Kabul on Thursday that killed U.S. Army Sergeant Elis Barreto Ortiz, 34, from Puerto Rico.

Earlier this month, senior security officials in Kabul said joint air raids by U.S. and Afghan forces against the Taliban have not subsided. Pompeo said more than 1,000 Taliban fighters have been killed in Afghanistan in the last 10 days.

Nine former U.S. ambassadors warned on Tuesday that Afghanistan could collapse in a “total civil war” if Trump withdraws all U.S. forces before the Kabul government and the Taliban conclude a peace settlement.

“President Trump made clear we’re not just going to withdraw because there’s a timeline. We’re only going to reduce our forces when certain conditions are met,” he said on CNN’s “State of the Union.”

Taliban say female Afghan TV presenters must cover face on air
The move comes days after authorities ordered women to cover their faces in public, a return to a policy of the Taliban's past hardline rule.
World
By Reuters
1 month ago 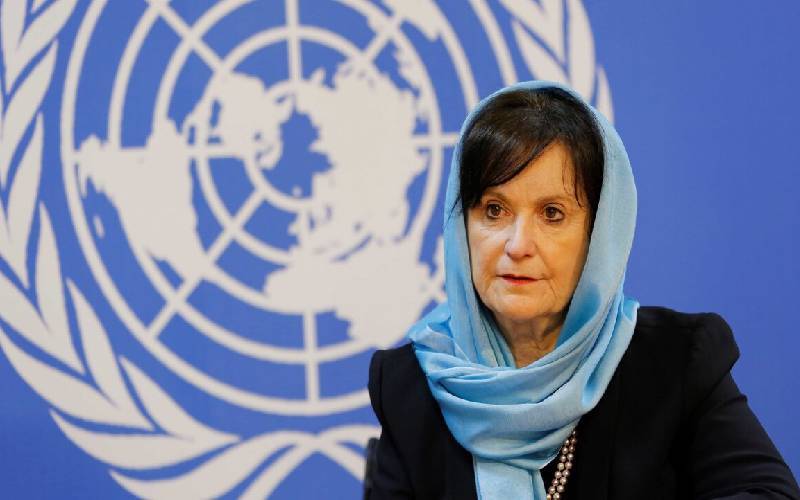 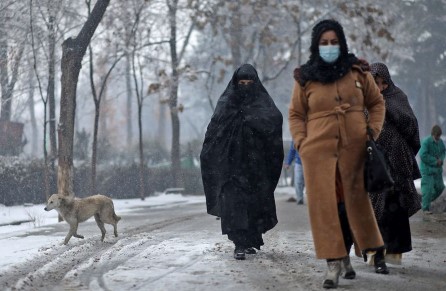 Taliban teargases Afghan women protesting for rights in Kabul
Women have been prohibited from travelling without having their faces covered in public transport
Asia
By Agencies
5 months ago
.

By Reuters 3 4 days ago
'Stacks of bodies': 46 dead migrants found in truck in Texas

By Reuters 3 14 days ago
Someone offers Sh2.2 billion to eat lunch with Warren Buffett