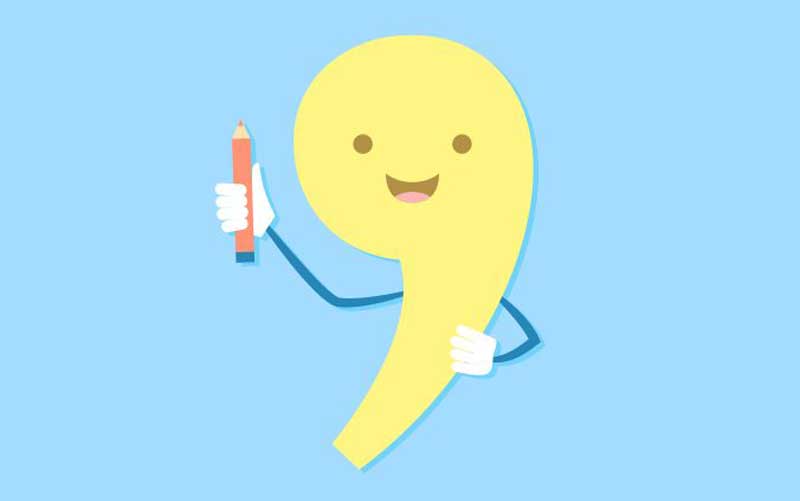 Mid last week, I had just finished reading the sad story of Jean-Pierre Adams, a former footballer of international acclaim when I switched tabs on my office desktop computer to see what was new in my email queue. In one of the emails, a reader of this column suggested that we discuss the comma, specifically the Oxford comma. I will oblige him, because learning is a continuous process. Back to Jean-Pierre’s story, it is sad in the sense that following an operation in March 1982, he lapsed into a coma and has been in that state since.

The use of the phrase ‘in the sense that’ is deliberate. It restricts the sadness to what attended the operation; otherwise there is a lot to celebrate about the footballer and his patient family that has been taking care of him all these years. Use the phrase carefully as an indication of part truth or to show that something is true in one way. Let us take the example of a humorous pictorial post that I have seen several times on social media. Two men, one standing at the head of a number, sees it as number 6. The other man standing at the bottom sees it as number 9. Though the moral in the story is about perspective, we can say that ‘in a sense’ both men are right. If the number in question was 8, for instance, both men would see it as 8. In that case therefore, we cannot say “in a sense, both men are right”.

The words ‘comma’ and ‘coma’ are often interchangeably used, not so much because the users are unaware of their different meanings, but because of inattention to spelling. Two words A coma is defined as a prolonged state of deep unconsciousness, caused especially by severe injury or illness. A comma, on the other hand, is defined as a ‘punctuation mark (,) indicating a pause between parts of a sentence or separating items in a list’. Misplaced punctuation marks, spacing, a single letter added or omitted from a word can significantly change meaning and result in confusion.

A good example is the word ‘Therapist’ that denotes a noble occupation and the derogatory phrase ‘The rapist’. The only difference between the two words is spacing. Imagine the kind of trouble you could find yourself in by writing “Dr Thomas Mkenya, the rapist” instead of “Dr Thomas Mkenya, therapist”. Though the Oxford, sometimes called the serial or Harvard comma is a punctuation mark just like the ordinary comma, it is specific to making a distinction when it precedes the conjunctions ‘and’ , ‘or’. It puts, or sets one or two things apart from a series of others that have been mentioned in a single sentence. Torturous Journey Consider the following sentence: “The brothers, Jones, William, Michael, and Alfred embarked on the torturous Journey up the tortuous Mountain Road”. In this sentence, only Jones, William and Michael are brothers. Because of the Oxford comma, Alfred could be anything to the three brothers; friend, cousin, uncle or guide. However, if the above quoted sentence was to be written without the Oxford comma, “The brothers, Jones, William, Michael and Alfred embarked on the torturous Journey up the tortuous Mountain Road”, it would simply mean Jones, William, Michael and Alfred are brothers. In regard to spelling, note the difference between ‘tortuous’ and ‘torturous’ to avoid passing on wrong information. Tortuous means a winding road while ‘torturous’ means that which is punishing or painful. When listing only two items or things, it is not necessary to put a comma before the word ‘and’. Commas can be categorised as bracketing, joining, listing or gapping commas. Bracketing commas more or less serve as a parenthesis. For example; “David Livingstone, a marathon enthusiast, participated in yesterday’s marathon along Mombasa Road”. Joining commas must, of necessity, be followed by connecting words; yet, but, or, and, while etcetera. For example, The Building Bridges Initiative report was due last week, but it has not been made public by the principals yet. Listing commas are those which can be replaced by the words ‘and’, ‘or’. For example, the sentence “You must choose between honesty, hard work or penury” can be written without the comma as “You must choose between honesty and hard work or penury”. Finally, gapping commas indicate that one has chosen to omit certain words that have already been mentioned. For example, “The Oxford comma is restrictive in usage but the other, less so”