The body of a Ugandan businesswoman who briefly moved to Kenya in 1993 after separating from her husband has reportedly been found at her marital home’s septic tank after vanishing on January 6, 2021.

According to the Daily Monitor, the body, believed to be that of Immaculate Mary Blessing Asio, was discovered on Wednesday in a sack weighed down with stones in Munyonyo, Kampala, alongside that of a yet-to-be-identified person – said to be her househelp - who is reported to have also vanished around the same period.

The interior of the house had reportedly been renovated.

In a diary recovered by investigators, Asio, the chief executive of Pentagon Security Services Ltd, reportedly documented torture at the hands of unnamed family members, opened up about her struggles to be safe and spoke of living without love at home.

The 62-year-old mother of one, who frequently commuted to her other enterprise in Nairobi, said she feared for her life.

She once fled her marital home to a rented house in Buziga, 7km south of the capital, Kampala, but returned home after her husband, Francis Onebe, engaged his in-laws for reconciliation and promised to change his behaviour.

“Every day I feel I am not safe yet in my own house. I know they don’t like me after my struggling (sic) as a housewife for all these years? Why do you hate me like this, my dear?” She reportedly wrote.

“What have I done that does not make you happy all the time? … God will always listen to my prayers. I love you God because you cannot be bribed… Will my people come to my rescue? What if I will be alone at one moment when I am targeted?”

Though not clear if she authored the diary, Asio said her businesses in Nairobi was causing problems for her with people close to her.

“Whenever I return home, there is no sign of happiness and love in the house, but fear comes to engulf me. No one loves what I say, no one loves what I talk. Instead, I am afraid all the time,” read an entry in the diary.

In an entry reportedly made in December 2019, Asio said, “Even after finishing my successful wedding, things have never changed. I laboured to organise myself, but no one can appreciate my efforts” and pleaded that “let all that I have struggled together be safe one day when I am gone”.

Her husband, who remarried and sired four children following Asio’s 10-year move to Kenya, told NTV-Uganda on March 2 that the businesswoman was allegedly abducted by security agencies.

“My children are asking me, ‘daddy, is mummy dead or alive?’ I said I don’t know. When the security people who are investigating this saw her, they then said, ‘mzee, don’t lose hope. Your mama (wife) is with security. If they have killed her, then let them give me the body, I bury because I am being tormented. If she is alive, let me at least talk to her and that is all because I am being tormented so much,” said Onebe.

The two, according to the Daily Monitor, reunited and formalised their union in early 2000 but relatives reported that his continued ‘contact with the other woman and their four children, resulted in tension, rivalry and clashes.’

Speaking to the Monitor, Criminal Investigations Directorate spokesperson Charles Twiine said investigations are ongoing. “We are talking to several people, but most of the information we have obtained is critical to our investigations,” said Twiine.

Asio’s daughter has submitted samples for examination at the Government Analytical Laboratory (GAL) to ascertain DNA. 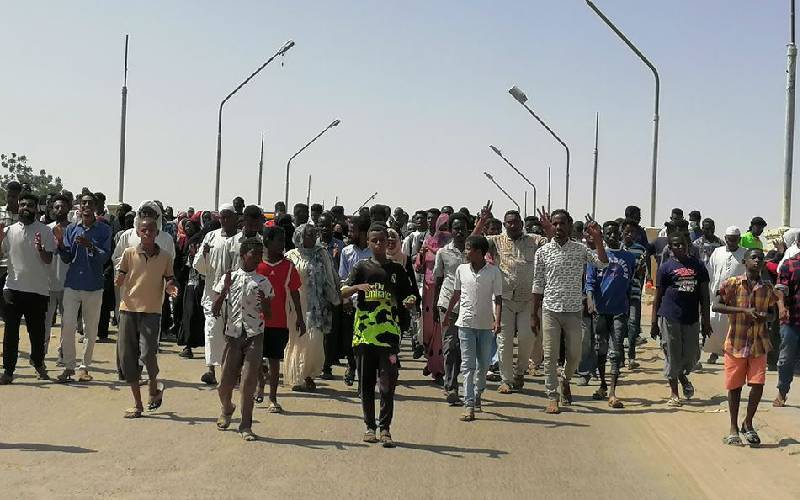