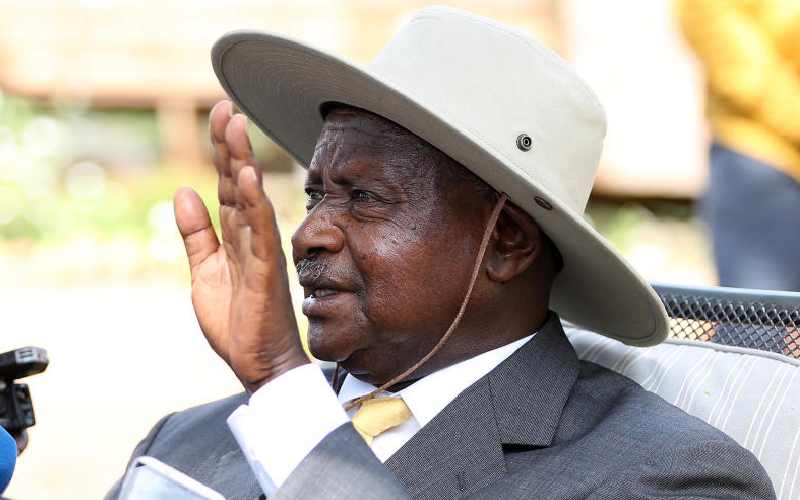 Uganda said late on Monday it had detained an American national for involvement in subversive activities amid a deadly crackdown against opponents of longtime President Yoweri Museveni (pictured)  that has drawn growing international censure.

In a brief statement on its Facebook account, Uganda Police said it had arrested the American, Guy Smith, in a town in the country’s west on Sunday.

He was detained “for his alleged involvement in anti government subversive activities. He remains in custody at...as inquiries continue. Any new information will be communicated accordingly,” the statement said.

In an email, a US State Department official said the government was aware of the arrest but did not provide details.

“We have seen reports of a detained U.S. citizen in Uganda. Whenever a U.S. citizen is detained overseas, we stand ready to provide all appropriate consular services.”

Museveni, 76, who has ruled the east African country since 1986, faces an invigorated opposition led by pop star and lawmaker Bobi Wine whose energy and music have galvanised support from the country’s youth.

Wine, 39, whose real name is Robert Kyagulanyi, rejected results of the Jan. 14 presidential elections that declared he had lost to Museveni, saying he won but Museveni stole the election using ballot stuffing, intimidation, falsification of tally sheets and other tactics.

Wine has urged supporters to stage protests and assert his victory although during the government crackdown on opponents, his calls have gone largely unheeded.

Museveni, in speeches, has depicted Wine as a puppet of foreign interests, including homosexuals although he has not provided proof.

In recent months security personnel have detained hundreds of Wine’s supporters. Some were released after being tortured while others remain in custody. At least 54 people were killed in November as police and the military battled to quell an opposition protest.

Liverpool's Spain midfielder Thiago Alcantara has emphasised the psychological difficulty of playing football in the novel coronavirus era, saying the

Men outnumber women three to one on COVID-19 task forces

The study found 32 countries failed to factor gender into their recovery policies and programs at all.