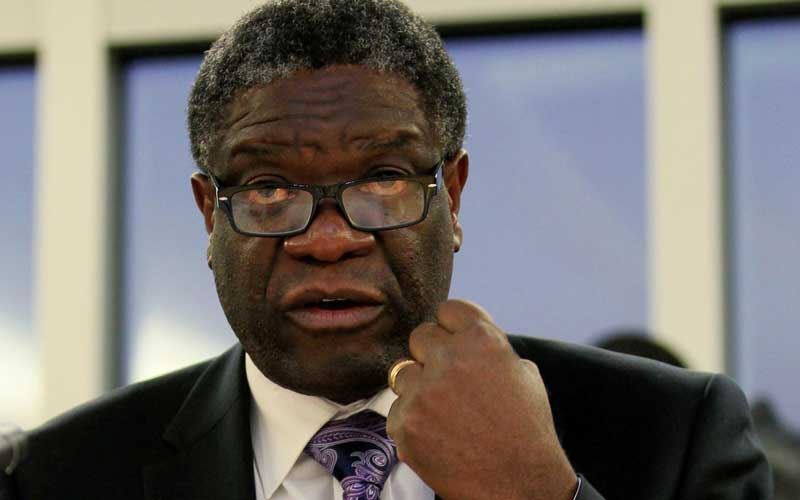 Mukwege has won international recognition, including the 2018 Nobel Peace Prize, for decades of work treating female victims of the conflict in Bukavu in east Democratic Republic of Congo.

He has long campaigned for an international tribunal into possible war crimes committed from 1993 to 2003, as well as for prosecution of armed groups responsible for ongoing sexual violence in eastern Congo.

The United Nations said his life was in danger after he and his family received death threats via social media and by phone.

The U.N. suspended its protection in May because of a coronavirus outbreak amongst the peacekeepers stationed to Panzi hospital.

“Peacekeepers are back there to ensure the security of Panzi hospital,” said Mathias Gillmann, a spokesperson for the U.N.’s peacekeeping mission in Congo.

“The personal security of Congolese personalities is a responsibility of the Congolese authorities.”

Last week thousands of Mukwege’s supporters marched through the streets of Bukavu, demanding his protection.

“We welcome the redeployment of elements from #MONUSCO to #Panzi this morning to ensure the safety of our patients and staff,” Mukwege said in a tweet.

The ongoing violence in eastern Congo has its roots in ethnic and political wounds dating back to the Rwanda’s 1994 genocide that spilled across the border.

Later invasions of Congo by Rwanda-backed forces in the aftermath of the 1994 genocide fuelled two gruesome civil wars that killed several million people.