Three-years in exile: Tundu Lissu all set for grand return to Tanzania 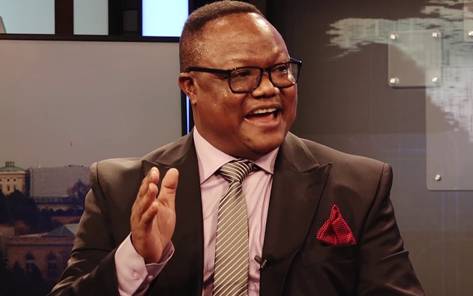 Exiled Tanzanian opposition leader Tundu Lissu (pictured above) is returning into the country from Belgium where he has been receiving specialised treatment for three-years after his assassination attempt in 2017.

The Chadema vice chair comes back when Tanzania is mourning the demise of the former President Benjamin Mkapa on 23 July, with political commentators arguing Mkapa’s death might reduce the relevance and heaviness of the return since the nation is in a sombre mood.

Lissu who has built his reputation as a prominent lawyer, fierce opposition figure and outspoken government critic was initially scheduled to return on July 28 but due to the death of Benjamin Mkapa, he revised his travel.

Chadema urged Tanzanians and party supporters to come out in large numbers and receive the former Singida East Member of Parliament.

‘’We call upon all Tanzanians, people of goodwill and party members to come out in large numbers and receive their leader, fellow citizen in peace and showing love,’’ a statement released by Makene read.

In an interesting turn of events, Tanzanian police have already issued a notice and warned that rallies and gatherings are not allowed during the mourning period of former President Benjamin Mkapa.

Lissu’s supporters are having none of that, Tanzanians on twitter have camped online criticising the move by police to prohibit them from receiving Lissu.

Maria Sarungi Tsehai, a vocal Tanzanian on Twitter argued that it was not reasonable for authorities to ban Lissu’s supporters from receiving him.

‘’The mourning period started on July 24yet there was a festival Bonanza 2020, there was no issue there, why would the police say a simple act of welcoming back a leader at the airport is not allowed,’’ she tweeted.

Vitus Nkuna expressing his joy tweeted, ‘’Lissu is coming back, we will be at the Julius Nyerere airport to receive him,’’.

An excited Lissu has tweeted two videos of himself arriving at the Brussels airport.

Tanzania will be on a human and political rights test Monday afternoon, with the whole world glued to what will unfold when the outspoken opposition leader jets in the nation.

Committee on the human rights of parliamentarians IPU has urged the authorities in Tanzania to ensure the safety of Lissu. The IPU recently expressed its deep concern about the attempt on his life, revocation of his parliamentary mandate and legal charges brought against him.

‘’We urge Tanzanian authorities to ensure Mr Lissu receives the necessary protection and that he is allowed to exercise his rights of freedom of expression and freedom of assembly. The IPU committee also calls on the relevant government agencies to investigate the 2017 assassination attempt to identify and hold to account those responsible,’’ read IPU’s committee statement

The former human rights lawyer has already expressed his interest to unseat the incumbent John Magufuli with a Chadema ticket during the anticipated October polls.

Several dozen protesters in masks gathered in front of Japan's National Stadium on Friday, the day the...