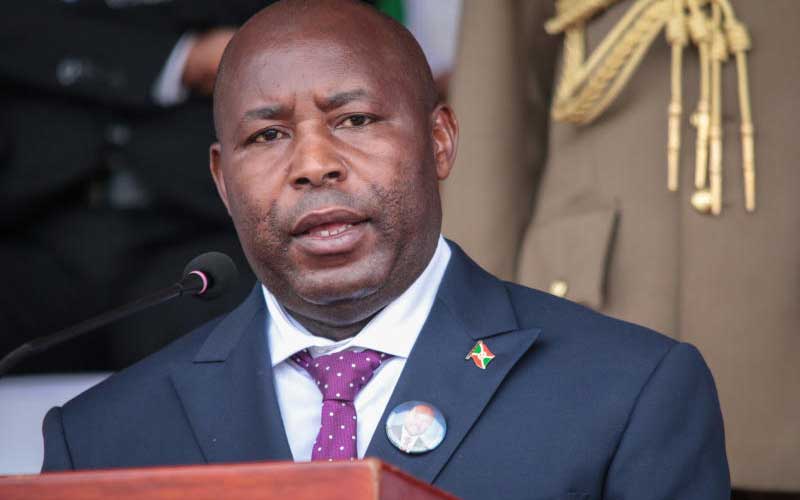 Burundi’s new President Evariste Ndayishimiye (pictured) has declared coronavirus the country’s “biggest enemy”, in a major about-turn for a nation which has largely ignored the dangers of the virus.

Former president Pierre Nkurunziza, who died suddenly last month, and even Ndayishimiye himself, had until now downplayed the gravity of the pandemic, saying God had spared Burundi from its ravages.

Burundi held a full-blown campaign ahead of a May election, and unlike its neighbours which have imposed lockdowns and curfews, has taken few measures to combat the spread of the virus.

Officially the country has reported only 170 cases and one death in two months. Ndayishimiye spoke after the swearing in of his new government in parliament.

“I declare the Covid-19 pandemic the biggest enemy of Burundians, because it is clear it is becoming their biggest concern,” he said. “We firmly commit ourselves to fight this pandemic.”

He called for “strict respect for preventative measures which the health ministry will from now on display across the country”.

He reminded citizens that coronavirus tests were free, as was treatment, warning those who did not get tested when they had symptoms.

“If in future someone does not go and get tested in such a case, it means he wants to contaminate others voluntarily... and he will be considered a sorcerer and treated as severely as one would be,” he said. Burundi only has a single testing centre, with fewer than 10 technicians capable of carrying out tests for the virus.

Ndayishimiye promised testing centres would be installed and testing campaigns launched across the country.

“An enemy must be hunted wherever he hides and even when his presence is suspected.

“Everyone must know the virus is a pandemic which transmits easily, and which kills if you take it lightly.”

In May, Burundi -- which has increasingly isolated itself in recent years -- expelled a team of World Health Organisation experts supporting the country’s response to the pandemic.

Nkurunziza, who ruled the East Africa nation for 15 often tumultuous years, died suddenly in June aged 55 of what authorities said was heart failure.

However, he became ill less than two weeks after his wife had been flown to Nairobi for treatment for coronavirus, according to a medical document seen by AFP, and speculation is rife he may have caught the virus. A medical source told AFP he had suffered “respiratory distress” before dying.