A US tourist and a safari guide kidnapped by gunmen in a Ugandan national park have been recovered safe and sound after a ransom was paid for their release, a safari firm said on Sunday.

The pair were hauled from their safari vehicle by four gunmen around dusk on Tuesday as they drove through the Queen Elizabeth National Park.

"Ransom paid and people exchanged," he told AFP by text, adding that he didn't know the "precise amount yet".

US President Donald Trump, in a tweet, confirmed the news of Endicott's released.

"Pleased to report that the American tourist and tour guide that were abducted in Uganda have been released. God bless them and their families!" Trump tweeted

Police had said the kidnappers used Endicott's mobile telephone to demand a ransom of $500,000 (445,000 euros) for the release of the pair.

Asked about the ransom, police spokeswoman Polly Namaye would not confirm directly but referred AFP to the tour company, saying it was "an authority on its own".

She credited the safe recovery of the pair "to the untiring efforts" of the search teams who were drawn from the police, military and the wildlife authority. 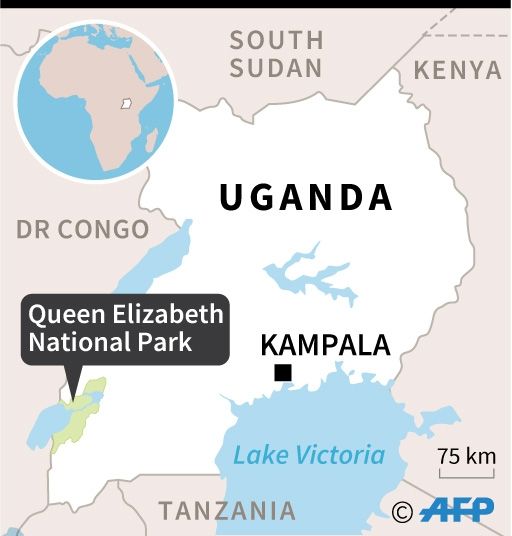 "The victims of last week's kidnapping have been recovered alive," Namaye said.

- 'The kidnappers have escaped' -

The Ugandan police's tourist protection force had deployed a special response unit working alongside soldiers and wildlife rangers in the hunt for the kidnapped pair.

Queen Elizabeth National Park, one of the East African nation's most popular wildlife reserves, runs along the border with conflict-wracked regions of the Democratic Republic of Congo. It borders the famous Virunga national park, the oldest in Africa.

The Britons and their driver were freed two days after the attack. The park reopened in February.

Government spokesman Ofwono Opondo wrote on Twitter that Endicott and Mirenge, were rescued "by Uganda security forces in the DRC".

He added that "the kidnappers have escaped and operations continue."

Queen Elizabeth park is about 150 kilometres (90 miles) north of Bwindi Impenetrable National Park, famous for gorilla trekking. Uganda is home to more than half of the world's endangered mountain gorillas.

In 1999, Rwandan rebels killed eight foreign tourists and four Ugandans there, inflicting an enormous blow to Uganda's tourist industry. The rebels were part of a militia group that was involved in the 1994 Rwandan genocide before fleeing to the jungles of DR Congo.

Tourism is a key industry for Uganda, as a major earner of foreign currency. Hundreds of thousands of tourists visit each year.

A footballer in the Kenya Premier League was forced to produce Sh20,000 after being found kissing a neighbour’s daughter in one of the flats along Thi