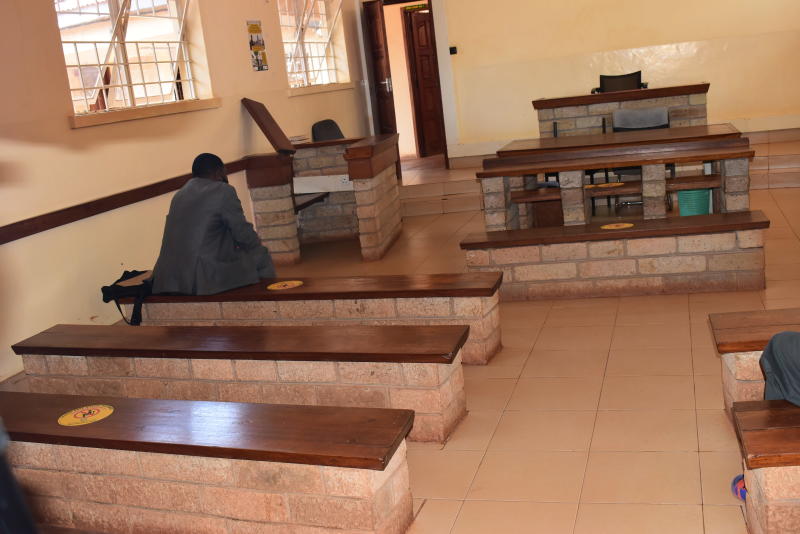 The office of the Director of Public Prosecution (DPP) has ordered the postponement of court’s criminal proceedings after undisclosed members of its staff tested positive for Covid-19.

In a memo issued on Thursday to its officials, the ODPP has ordered mandatory self-quarantine and isolation to its officers for a period of 14 days.

“This is to inform our staff that members Kakamega County office underwent a Covid-19 test and a number of them, including the prosecution counsel tested positive,” read the DPP’s letter in part.

In the letter, Western Region’s DPP Patrick Gumo also confirmed that as part of ensuring the safety of judiciary officials, all the state prosecutors have been tested and some confirmed positive.

“It’s true that part of our staff have been confirmed to have the virus. Contact tracing is also ongoing and we have decided to suspend court hearings so as to avoid physical contact with our clients, a major way of contracting the virus,” Gumo said.

This order temporarily puts on hold court procedures like hearing and plea taking that had begun barely a month ago after a four months’ break occasioned by the coronavirus pandemic.

Most courts remained closed as those who came for legal services were turned away by the guards. Even court clerks were left with very little to do as they registered new dates for the hearing of the previous cases.

It was not any different for small scale businesses around the courts as most people shied away from the confines of the courts after news began to swirl that some officials had contracted the coronavirus.

The fear of the spread of the disease over the last few months has paralyzed many functions at the judiciary leaving judges and magistrates to conduct their activities through an online platform. This is part of the Judiciary’s aim of reducing the backlog of cases witnessed during the coronavirus pandemic.

Those in remands have also been granted relief after the government order of granting them bonds as a way of halting the virus spread.

Some lawyers have also lauded the closure of the courts stating that it is timely.

Siro Ombaye, an advocate of the High Court noted that the court officials are at higher risk of contracting the virus since they interact with many people in the line of duty.

“Currently, there is nothing happening around. We have only been given new dates for the pending cases and we can only wait and see what happens because it’s beyond us,” Ombaye said.

This comes barely a month after the Chief Registrar of the Judiciary and secretary of the Judicial Service Commission Anne Amadi warned that the courts are likely to spread the virus if proper measures are not adopted.

Ms Amadi during her tour on the preparations of the court to reopen noted that lack of adequate infrastructure in courts is a deterrence to conducting online hearings.

‘’The courts are not properly equipped and this is why some are still struggling to deal with the backlog of cases, we are planning to roll out ICT in all courts to address the issue. This is key since there is reduced physical presence in the court,” she had said.