By Disney Maloba | 5yrs ago

NASA flagbearer Raila Odinga, on his Twitter, has revealed what NASA's tallying centre is projecting as presidential results.

IEBC Chair Wafula Chebukati has also issued a presser, saying that the results displayed on screen are not yet official 0- and have to wait for confirmation from form 34AS

The opposition National Super Alliance (NASA) disputed the electronic results issued by the Independent Electoral and Boundaries Commission (IEBC) terming the move as unconstitutional, claiming that the electoral agency have not Form 34 A which validates results.

Speaking at the Bomas of Kenya, NASA Chief Agents Musalia Mudavadi and James Orengo have demanded that IEBC provides them with Form 34As which acts as a primary document and a backup of the results from various polling stations.

“IEBC assured us that they will provide us with scanned copies of Form 34As but so far we cannot access it. This is a fraud. What they have done is sent text results electronically without even proof of the forms. The commission has created opportunity were they can replicate results. The results are not credible, “said NASA’s chief agent James Orengo.

Mr Orengo has called on citizens to ignore the present results issued by the IEBC Terming them non authentic.

“It is disturbing that the results are not verified. Kenyans should disregard them. According to us the results are null and void. The commission is forcing results not backed at the polling station,” maintained Mr. Orengo.

The opposition blamed the electoral commission of staging impunity.

“We cannot live impunity unpunished. The law must be taken into account. We have demanded access but they have not done so. They said the forms will be the basis of the results,” James Orengo refuted.

NASA presidential flag bearer Raila Odinga also termed the results illegal saying his team is concerned since form 34A is strictly required by the law to be presented alongside the results. Mr. Odinga demanded that the dashboard of IEBC had to be backed up by section 39 of election act which requires streaming of form 34A.

“Foam 34 is not supposed to come after result. They should accompany the results. IEBC disclosed to us that it will take 8 hours for parties to receive form 34,” said Mr. Odinga

The opposition leader said that it was tragic since IEBC relied on text results. He equally questioned the strategy used by the IEBC to factor in the results.

“There is a formula factored in. My opponent has been leading all through. I was leading in some parts but the results were never shared to the public. They have refused to allow our agents to scan the forms to show the result that we are leading. This is a computer voting," said Odinga

Consecutively, Jubilee Party Secretary General Raphael Tuju has refurbished the oppositions claims saying that NASA was in support that the media should access the results updates and that they are engaging in blame games.

Speaking at Bomas of Kenya, Mr. Tuju questioned why the opposition was against what it had proposed insisting that there is no information sent to the public without approval.

"We are amazed since they are against what they proposed through law. There is no information which has been sent without approval of agents. They told us they have their own tallying centers. I don't know what happened." Tuju said. 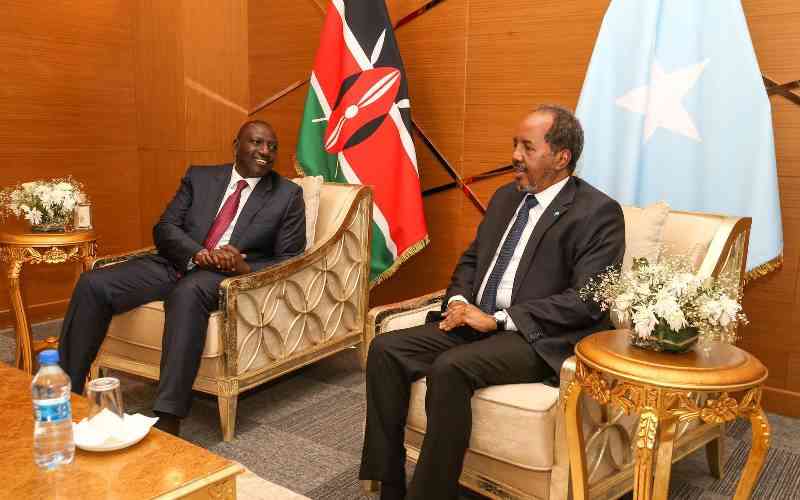 We must all fight terrorism, Ruto says
Africa
By PCS
31 mins ago
2NK driver whose wife has given birth to 5 babies: 'I'm now a father of six at 28'
Rift Valley
By Kennedy Gachuhi
1 hr ago
Joy as Nakuru woman delivers five babies
Rift Valley
By Kennedy Gachuhi
2 hrs ago
Woman in trouble for shoplifting cooking oil
NEWS
By Lilian Chepkoech
2 hrs ago
.