We are at the brink of what could prove yet to be a defining moment with respect to our agricultural sector. Why? Kenya cannot claim self-reliance in food production without pursuing policies, which support local production. We are, however, faced with policy regime that is hostile to the agricultural sector in terms of cereals prices and taxation policies.

The Ministry for Finance has custody of the national budget and taxation policies. However, it stands accused for not allocating sufficient budgetary support to the Ministry for Agriculture and pursuing an adverse tax regime that favours imports.

The consequences of failing to supporting the growth of the agricultural sector are enormous. It could mean Kenya cannot feed its people and would, then, turn to neighbours to feed the population. Indeed, we have in the past witnessed frantic appeals for food aid blaming drought or harsh climatic conditions.

Yes, we are poor at planning and determining national priorities. We cannot continue to take our farmers for granted and expect them to continue subsidising consumers year-in year-out. We desire a policy reorientation and institutional changes to support agricultural production coupled with targeted stimulus intervention.

What, then, are the factors compounding the agricultural sector challenges?

Firstly, we wish to underscore that food security must be a primary responsibility of any responsible government, whether we are talking of a developed or emerging economy.

Every government must give priority attention to development of its agriculture through appropriate targeted incentives. It is an established fact that most governments not only allocate budgetary support the agricultural sector, but such to support for food security ranks high on any national priorities expenditures.

Kenya allocates less than 10% of the national budget to the ministry of agriculture. National Cereals and Produce Board (NCPB) a government agency charged with market stabilisation and management of food security remains poorly funded. Thus, NCPB is unable to fulfil its mandate leading to farmers’ frustration year-in year-out with no market outlets.

Government has exacerbated the situation by lowering tariff for wheat and maize imports. In the end, we are faced with a deficit cycle of maize, wheat and rice. Wheat, rice and sugar imports have become common while maize imports are periodic.

Secondly, food surplus is always a temporary phenomena —drought and famine is seen as routine scapegoat. Kenya is, therefore, increasingly characterised as a food-deficit country, a situation exacerbated by rising population demand and changing weather conditions. A bumper harvest is always predictable followed with seasons of drought and food deficit.

The question is, therefore, not whether, but when would be Kenya’s next nightmare circle of food deficit? It is unfortunate that we fail to support a transformation programme to assure self-sufficiency in food production. However, Government appears to respond quickly with resources for expensive imports in times of crisis. This has been the sad story we are loathe to tell, 45 years, after Independence.

Worst still, we sometimes recklessly export cereals, only to import the same a few months later with resultant higher prices and distribution costs. A fundamental question remains: How come Treasury responses in terms of food imports crisis is seen to be proactive?

Why the reluctance to allocate resources towards better pricing of production of maize, wheat and rice? Why is the Treasury lowering import tax without even consulting the Ministry of Agriculture-knowing that the agricultural sector in any country requires protection?

In the past few weeks’ farmers in Narok have protesting against recent lowering of tax tariff to encourage imports. In the North Rift, our national food granary, the story is similar — farmers are complaining of poor prices, lack of market and stock build-up from previous harvests — with expected bumper harvest in the year.

Who will come to the aid of our farmers? Are these farmers’ cries an exercise in futility? It is time to change course.

Thirdly, as stated previously in this column, the current costs of inputs does not give the farmer sufficient returns on investments at current prices. However, the majority of our farmers accept a lower rate of return due to limited land usage opportunities a situation, which shall change tomorrow. The more sophisticated the farmers become, the lesser they will be willing to engage in such risky productive venture at low level of return.

In the past two years, the production environment saw thousands of farmers lose their investment due to drought. This country spends several billions of shillings on imports with many Kenyans having faced life-threatening starvation. If this continues, many farmers would consider setting aside their land for other usage and there will be less acreage available for food production in the future.

The solution rests with our leaders, we can change course, if we desire or chose to ignore at the peril of our agricultural sector. Let us not forsake our farmers in favour of cartels in this matter of compelling public interest.

Comments and suggestions to
[email protected]

If an Internet news report is to be believed, Facebook has in its six-year lifespan registered 500 million members. It goes on to say: "To put the number into perspective, the population using Facebook now equals that of the United States, Japan and Germany combined. 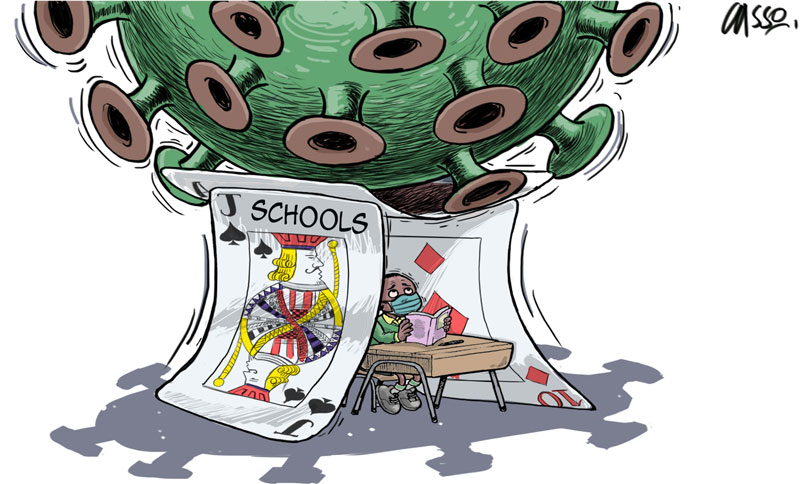 By Moses Nyamori | 34 minutes ago

By Graham Kajilwa | 35 minutes ago 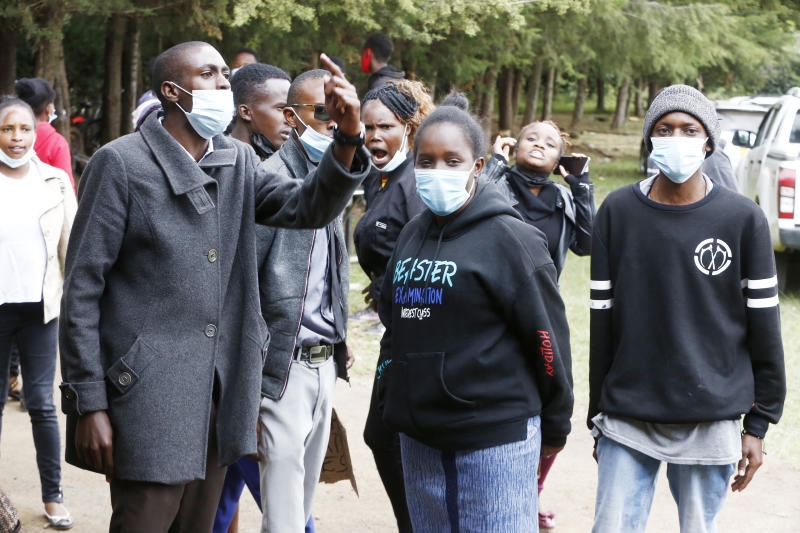 By Kennedy Gachuhi | 53 minutes ago