Many have argued for and against the proposed change of education system, from the current 8-4-4 to 2-6-3-3-3. Factors that have led to the perceived failure of 8-4-4 system have been raised.

Undeniably, 8-4-4 system, which is considered the brain-child of former President Moi, was hurriedly implemented without planning. No effort was spared to assess the universal accessibility to quality technical teachers, textbooks, workshops and equipped science laboratories at primary and secondary levels.

Secondly, the taskforce that crafted the system, led by Canadian educationist Prof McKay, did not provide transition clauses or period from 7-4-2-3 system to 8-4-4. Thirdly, the rolling out process of 8-4-4 was accompanied by myriad episodes of sycophancy by politicians resulting in ostracism of those that dared question the speedy implementation.

In fact, with the coming of 8-4-4 system, textbooks got merged and thus became bigger and the workload for students became bulkier.

Education as we know it today, had the primary purpose of safeguarding the interests of the colonialists by providing them with cheap labour and neo-colonising the minds of African children that were found brilliant by the colonial education system. The brilliant minds got lured by the so-called white collar jobs that were lowly paying while the majority of the students that got average grades or those that failed in exams got entrusted with non-white collar in jobs in agriculture as farm labourers, drivers, salesmen and merchants, as well as businessmen.

Kenyans ‘write letters to God’ ahead of polls

It was safe and easy for the colonialists to arm-twist average minds in trade given the brilliant minds had been driven into oblivion by the lure of white collar jobs from which they got peanuts as pay and consequently many could not dare engage in business as it was anathema for them given their academic brilliance!

By creating a false sense of security among the brilliant minds in the white-collar jobs, the colonialists managed to entrust the construction industry, agriculture, real estate, procurement, technicians and business-related trades to those considered failures from the education system. It is no surprise then that professions that drive the economy were left to the less-endowed academically while the elite of society took up jobs in the service industry as teachers, doctors, lawyers, engineers and accountants among others.

It is this disparity that the 8-4-4 sought to undo by encouraging citizenry to embrace careers that drive the economy like agriculture, fishing, livestock management, sports, arts, real estate, business and technology instead of focusing only on service industry jobs that form the bulk of white collar jobs.

In my view, we could have gotten out of the circus by realigning our development goals to our education system. For example, we could have easily succeeded if all careers did not have direct admission to degree level but instead all those joining various fields started at, say, certificate level.

This way, all those that we consider dropouts even at Class Eight can have a chance to do trade test, then certificate, then learn relevant subject for a year or two before embarking on diploma and thereafter higher diploma, degree, masters and PhD if they prove capable.

We could also get rid of the massive brain wastage that we currently engage in through the various exams that are a cutthroat competition. At the same time it will encourage our citizenry to engage in lifelong learning instead of pre-occupation with worthless grades.

To give credit where it is due, the 8-4-4 system helped streamline university admissions as previously only the rich could take their children abroad for university education after Form Four under the 7-4-2-3 system while those from poor families ended going up to Form Six as local universities only admitted those with that kind of education.

The 8-4-4, initially, created a level playing field in the university intake realm until recently when the parallel degree system was introduced to erode the gains that had been attained as those with the means can advance to university immediately after KCSE while those from humble origins are made to wait for a year or two before joining university.

It is such challenges that we need to address instead of advocating for a speedy change of systems.

Recent media reports quoted KRA board chairman Maj (rtd) Marsden Madoka arguing that KRA Act does not define authority boss’ office as a State office. Nothing could be further from the truth.

However, whether the enabling statute of a public institution describes its officers as State or public servants is immaterial. These leaders serve the public and hold office in trust on their behalf.

I have respect for Madoka as an accomplished military officer who served this country with dedication and honour before plunging into politics. However, I choose to disagree with him on the suspect KRA boss appointment procedure he seeks to defend.

KRA is a State institution. It is, in fact, an arm of the Treasury, which collects revenue from taxpayers to help finance Government expenditure. By the nature of its position in Government, KRA cannot be construed in any other sense than that it is a State institution and, therefore, its head as well as the board members are and remain State officers.

This is irrespective of what the KRA Act stipulates or omits. The Act is subordinate to the Constitution and must be construed in the light of its principles and objects. To this end, therefore, I submit that KRA is an institution that falls squarely within the province of State organs just as Central Bank, Capital Markets Authority, Kenya Bureau of Statistics and Government-owned banks.

John Njiraini, the KRA boss designate is a brilliant accountant who spent many years teaching at the Faculty of Commerce at the University of Nairobi. I have no doubt Njiraini will make a good CG at KRA given the opportunity.

However, the manner in which he was recruited raises more questions than answers. The process was shrouded in mystery because the public and the Press were denied access to the interview and evaluation sessions conducted by KRA board and Kenyans only got to know the outcome when the board chair announced the results.

Why was this process kept out of the public eye if, indeed, it was above board as alleged by Madoka?

What will assuage Kenyans concerns that the process may have been manipulated?

The argument by Madoka that KRA CG is not a state officer is hollow and cannot go unchallenged.

All future recruitments of CEOs in the public sector must adhere to the spirit and the letter of the Constitution so that our nation can regain its lost ground on regional and ethnic diversity to ensure the large and small ethnic and regional blocs of this country find an equilibrium in the sharing of limited national resources.

US President Barack Obama’s call for diplomacy to resolve the conflict between Iran and Israel should not be only viewed in the light of the US interests around the world.

The truth is the controversial nuclear reactor at the centre stage of the whole matter is not only a risk to the Middle East peace, but also have a global implication.

Any attempt by Israeli Prime Minister Benjamin Netanyahu Government to use air strikes against Iran shall only worsen the situation by plunging the entire world into a complex social, political and economic desperation.

Already Iran seems to be waiting for the anticipated attack to which is gearing itself up to respond by launching attacks on all US allies around the world.

Africa is the most disadvantaged as the continent is always at the receiving end.

Too many unlearned lessons on drug abuse

The rate at which world’s entertainment fans are losing leading music icons is alarming.

In June, 2009, American singer Michael Jackson died at age 50 of propofol intoxication after he suffered a respiratory arrest at his home near Los Angeles. Now pop music queen Whitney Houston has died at 48.

Unfortunately, most of the renowned singers deads have something to do with drug and substance abuse.

Whitney will be missed bigtime.

The debate over the elections date seems to be taking a new dimension each passing day. While some politicians are against the dissolution of coalition by October, to allow elections in December, others are fully in support of it.

Recent surveys have shown Kenyans are in support of December elections, but this is nothing to debate about. Whether the elections should be held in December or March next year, or weather the coalition principals dissolve it or not, it should be clear in the minds of politicians the country is in need of fresh and good leadership.

Come the said elections, we go for leaders who prove their ability to take us to great heights of leadership.

Win or lose, sports bring out our shared humanity

Sunday night saw the world transfixed on the happenings around a soccer ball in tiny Gabon capital city Libreville, in West Africa. A special day, indeed, not least because it was the closing ceremony of Africa’s biggest football extravaganza, but for a number of other reasons. 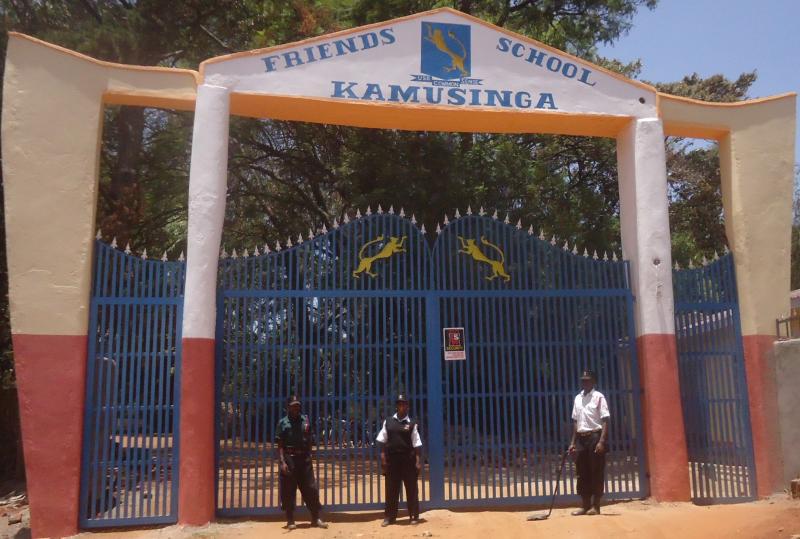 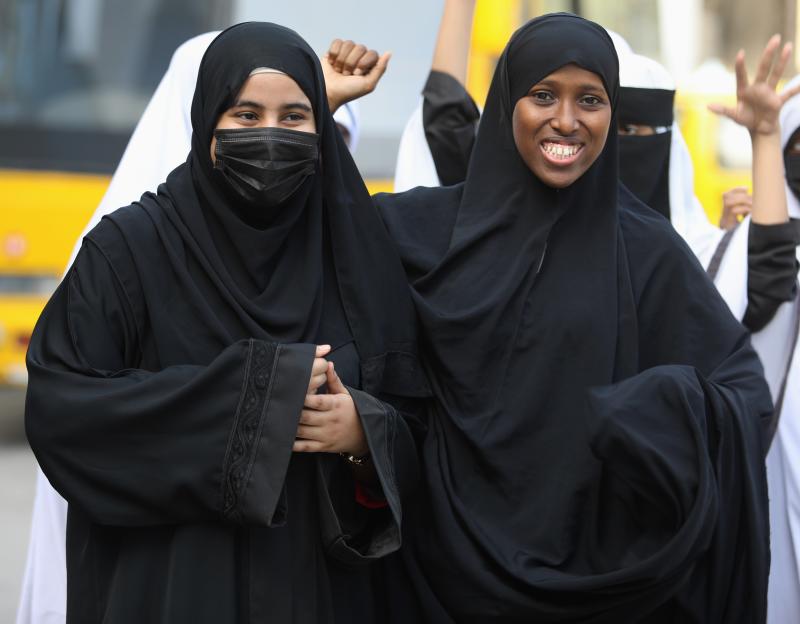 By Standard Team | 16 minutes ago

We are back, declares Shimo la Tewa school principal 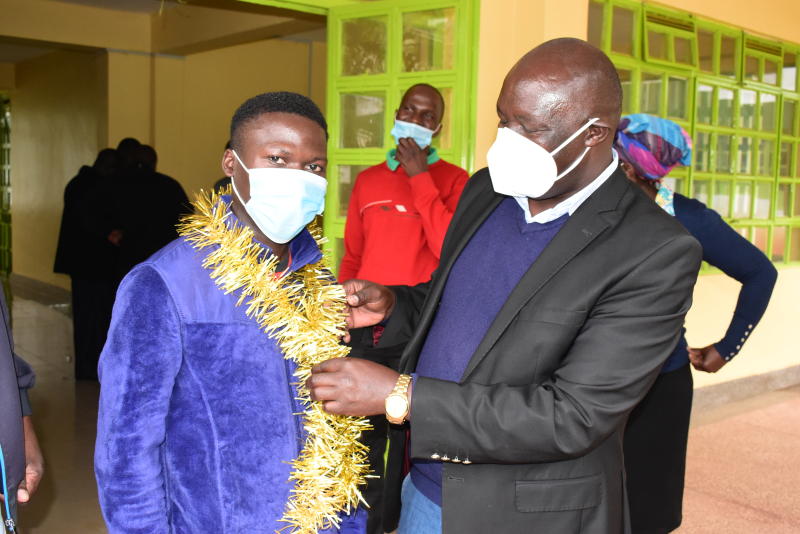 By Nathan Ochunge | 25 minutes ago

He did it in KCPE, he has done it again 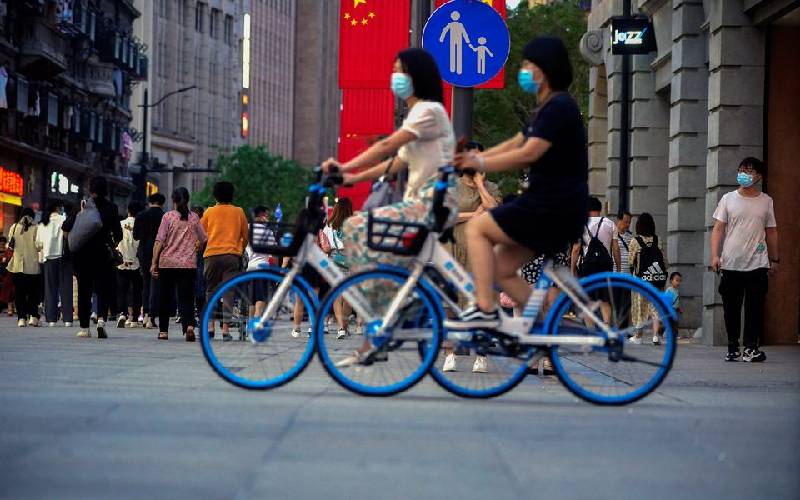