Christopher, a businessman in Nairobi, had painstakingly and religiously saved money to purchase a car.

Chris would peruse motor magazines, visit the websites and window shop in local car bazaars as he prepared for the day he would have enough to buy his first car. Finally the day came for him to own a car.

He chose to buy his car from a popular online site that car dealers from Japan advertise their cars.

He was enticed to the site by the beautiful displays and the listings of the interior and exterior specifications of the car.

Chris chose a metallic Subaru Forrester, 2002 model and sent the money to the sellers. But what happened next is too bitter for Chris to narrate.

He requests a local car dealer and a friend to tell his story.

"After Chris identified the car at a reputable and popular site, he established rapport with the dealer and after agreeing on the price and shipment terms, he sent $4,870 (Sh365,000) which was to cater for cost of car, insurance and freight (C.I.F)," Frank Okemwa, Business Development Manager at Kenyacarbazaar.com continues with the story of Chris’s predicament.

After paying, Chris was told the car had been shipped and asked to wait for its documentation. "After two weeks, Chris had not received the documentation. His calls and emails went unanswered. He panicked and came to us. We are in the process of investigating his case using our partners in Japan," Frank adds.

Even though Chris fell victim to the online fraudsters, the site, which is an established Internet system linking overseas automobile buyers and sellers in Japan, has put a caveat to the buyers. It advises buyers to seek the help of a local importer registered with them while importing cars.

It goes on to tell consumers to exercise their judgment when buying cars listed on their site as it does not own, sell or even offer shipping services. It also warns that it does not inspect vehicles listed on its website.

Ironically, the site warns that not everyone is genuine and that buyers and sellers should take due diligence. Also, the online company says it has approximately 400 used car dealers in the Japanese domestic market and more than 2,700 auto companies in Japanese domestic market, has gone on to blacklist some companies, which users of its website from Kenya, Congo Tanzania and even Netherlands have reported to have defrauded them.

"You can’t trust some of these sites with their alluring cars. You must enlist the services of a reputable local importer. I have imported several cars safely this way. However, I have had many stories of people who have been swindled by on line fraudsters," says Kenneth Gikung’a, who operates a fleet of cars for hire.

Okemwa says that most Kenyans only think of cutting costs thereby falling prey to the online crooks.

"Going to the online sites, one will be spoilt for choice," he notes.He says lured by good bargains, pictures of nice wheels, clean engine and enticing bodywork, most people rush to send money.

He notes that in some cases the car arrives at the port with all the documents in order, but the vehicles are faulty.

Chances are that you won’t drive past Mtito Andei before it breaks down, he says.

"These dealers are cunning. While purchasing online, you just see the pictures but you can’t be sure of the car’s condition. Most probably the engine is messed up, and fraudsters do not give the right mileage. In some cases, the cars they post on the sites are not what you get when you buy as they send you a slightly different one," Okemwa notes.

He recalls how a client had come to their office interested in importing a car from Europe. After being taken through what was available from their partners online, he chose an Audi Q 7.

"The car would have cost him £42,000(Sh5.04m). He left saying he would come later. The client did not come back, until much later. He looked beaten and stressed," Okemwa recalls.

This man had gone online on his own and was excited to find the same make of a car with the same specifications but at a cheaper cost. The car was valued at £32000 (Sh3.8 m).

The client had gone on to send the money but after waiting for some time, the car never arrived.

"The client came back to us and we contacted our partner in the UK. We traced the car but unfortunately, the seller was already in jail. Apparently, he had stolen the car and, therefore, intended to dispose it fast. He got arrested before he shipped it," Frank narrates.

Kevin Muigai who imports and sells vehicle locally remembers a case where a dealer lost a car to a woman in an interesting way.

"She had identified a car from a local online site and had shown interest, saying that she needed the car that same week as she would be travelling," recalls Muigai. She then requested the seller to take the car to a place in Lang’ata so that she could appraise its condition. When they met, she asked to test drive it. Innocently, the car owner alighted leaving the engine revving and as he went round towards the passenger’s door, the beautiful woman coolly fell behind the steering wheel, accelerated and drove off at lightning speed. It is the last time the seller saw the vehicle. Not even the police could help him trace it.

"Many online fraud schemes are a challenge to law enforcement agencies as they can not be confined within national boundaries or investigative jurisdictions. For that reason, it is essential to empower and educate consumers," Okemwa notes.

"It is true cyber crime has become rampant, with people losing money on the net, where one can shop for anything. We have received many complaints of people who have lost millions this way," Police Spokesman, Eric Kiraithe says. He says car-selling business has also been penetrated by some criminal agents who swindle buyers in the name of importing cars on their behalf. They ask for client’s money, import the vehicle and sell it to another person and pocket the profits.

"It is difficult to arrest these people, for they do not indicate their physical addresses. Even when we liaise with the countries where the fraud was perpetrated from, it remains hectic to nail them. The public should be prudent before giving out their money on online deals," Kiraithe warns.

He advises prospective online buyers to familiarise themselves with the laws of the countries they are importing from.

"They should also visit the commercial attaches of the said countries and authenticate whether the company they want to deal with are genuine," he adds. He laments that if apprehended, the fraudsters would only get three years behind bars.

"Our laws are very week. To curb crime, we need punitive laws like in the Eastern countries. Our laws lean towards the western countries where a criminal is seen to be a victim of social injustice rather than his own choice," he says.

"I think if the Harmonised Draft Constitution is passed as it is currently, we will have many more problems as it leans towards rehabilitating criminals rather than punishing them," he says tapping on a big volume titled, Criminological Perspectives, Essential Readings. 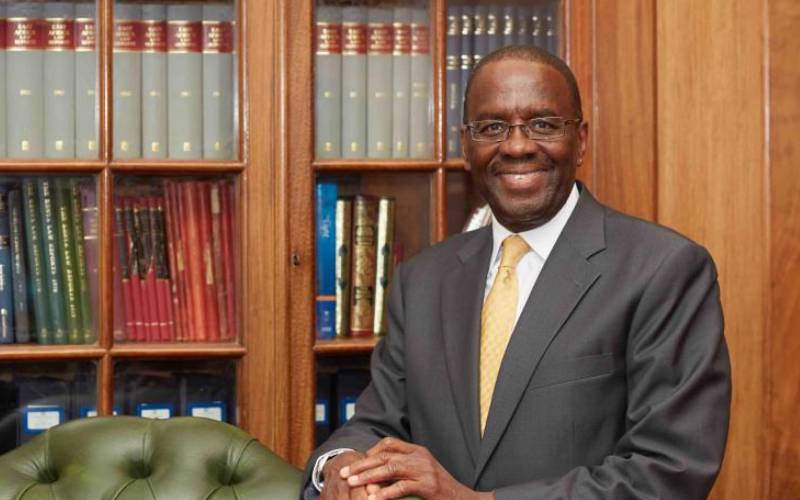 By Andrew Kipkemboi | 45 minutes ago 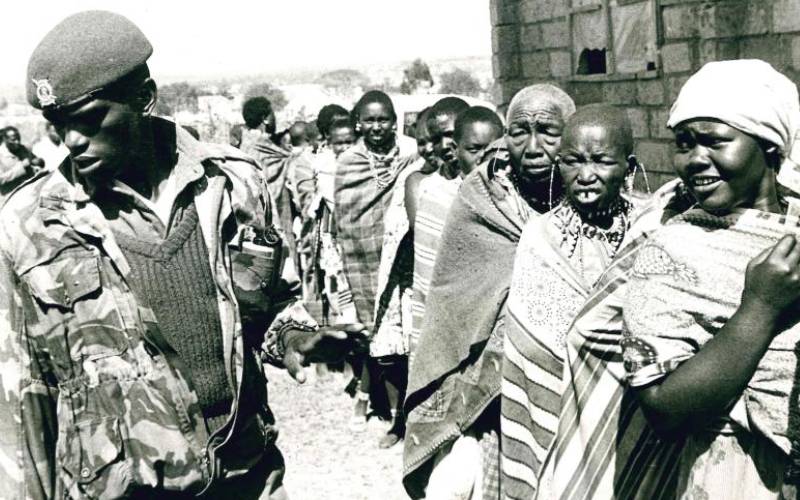 By Barrack Muluka | 45 minutes ago

By Willis Oketch | 45 minutes ago