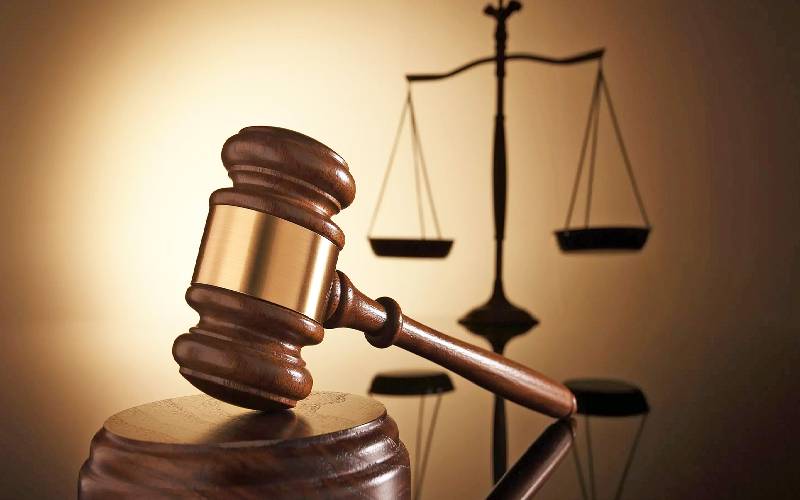 A fresh trial by a court should hopefully resolve a 20-year tussle over land between a man and his son in Teso, Busia County.

The matter was first reported to local elders by Michael Alluku, who accused his father John Imoteli of leaving him out when sharing his 24-acre property with his two younger siblings. It is not clear why Alluku was left out.

The matter later went to a magistrate’s court, moved to the High Court and is again back to the lower court, which will decide whether or not Alluku should get nine acres as recommended by the elders.

The dispute over the land registered as Teso/Apokor/1005 started in the 1990s. Alluku reported the matter to Teso clan elders, who constitute the Amukura Land Dispute Tribunal.

On September 4, 2001, the elders said Imoteli’s action was contrary to Teso customs and ruled that he should allocate his eldest son part of the land to resolve the inheritance row.

“We strongly recommend that since the land is more than 24 acres, Alluku gets 9 and the remaining be shared by his brothers Benard Otwani and Martin Okware, and their father Imoteli,” they said.

The tribunal’s proceedings and decision were filed in court the same year. The elders’ decision was expected to pave the way for the parties to engage surveyors to subdivide the land accordingly. However, that did not happen and as the High Court in Busia would later put it, “the father and his son went into slumber for 17 years until June 7, 2018”.

It was on that date that Alluku moved to court seeking orders empowering a Busia court executive officer to sign documents effecting transfer of the 9 acres the elders had suggested to him.

He also asked the court to direct the police to provide surveyors with security during subdivision of the land.

Alluku’s application was heard on June 14, 2018, but in the absence of his father. He told court Imoteli was aware the case would be heard then.

The court granted Alluku’s prayers. However, Imoteli later claimed he was not aware of the case and filed a counter application seeking to reverse court orders directing him to give the 9 acres to Alluku.

In his application, Imoteli argued that his son lost the portion the elders awarded him by failing to claim it within 12 years of the recommendation. “He should have claimed the land by 2013. The orders Alluku seeks to implement have been rendered obsolete after the expiry of 12 years from the day it was issued by the Amukura Land Dispute Tribunal and later endorsed by the court,” Imoteli said.

The Limitation of Actions Act bars a person from bringing an action for recovery of the land after 12 years from the day the right to action has issued.

Imoteli’s application was dismissed, but still determined not to share his land with his son, he moved to the High Court in 2019. The court ruled this year that the dismissal of his application was unlawful. It further ruled that the edicts by the elders did not in effect award Alluku the 9 acres.

“They were more of recommendations that Alluku should get 9 acres out of the 24. The Tribunal went on to advise Alluku to file a civil suit. My interpretation of the tribunal’s finding is that there was no award (of the 9 acres),” Justice Anne Omollo of the High Court in Busia said in her ruling last week.

She set aside the ex-parte orders the trial magistrate gave Alluku to subdivide the property under police watch and ordered the 2018 application seeking the interpretation of the tribunal’s proposal on land sharing be heard afresh when Imoteli and Alluku are both in court. Alluku, who was also ordered to pay the costs of the appeal, will now have to wait for the outcome of the fresh trial in a lower court to know whether he will inherit part of the land.

By Brian Kisanji and Micah Sali