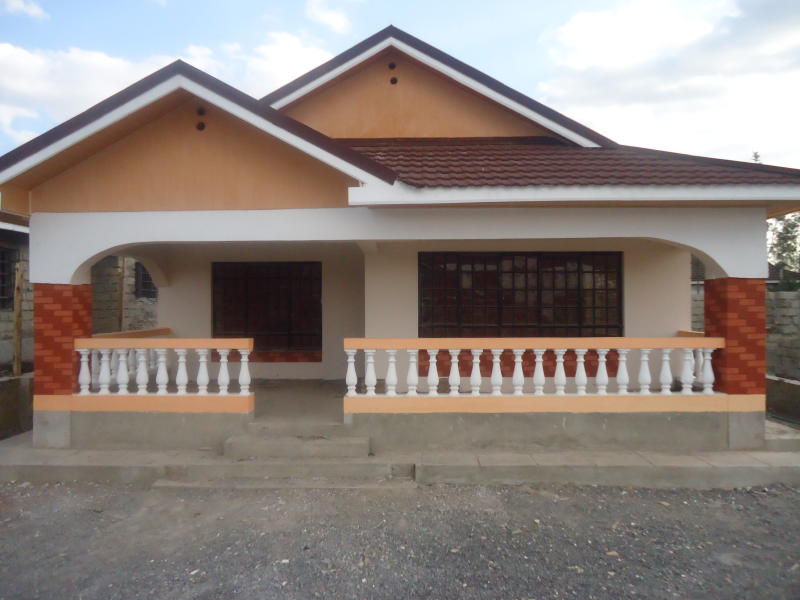 Nairobi’s real estate sector has always been a choice of extremes for housing developers on where to invest for maximum returns.

Is it among the rich of Karen, Kileleshwa, Muthaiga and Runda or the low-wage earners in Pipeline, Mwiki, Githurai and Kawangware?

Is it the flats of Kahawa Wendani, where bedsitters and one-bedroom houses are aplenty, or the expensive maisonettes in neighbouring Kahawa Sukari that will fetch a developer more cash?

Onyango, a landlord with low-cost housing units in Kangemi, who spoke in confidence and only gave one name, says he would go for this segment every time.

“If you buy a quarter acre in these high density areas, you could easily fit in 60 prefabricated houses. If you bought the land for Sh2 million, and used Sh80,000 to develop each unit, then your total cost is Sh6.8 million,” he told Home & Away.

“If you charge Sh3,000 per house, then you make Sh180,000 per month. You need minimal improvements in the units and within 38 months, you have likely recouped your investment.”

But if you choose to erect permanent two-bedroom houses on the same parcel of land, Onyango says, then the returns would be substantially lower.

“You will have spent Sh8 million for buying the land and developing it, and making Sh80,000 per month, it will take you 100 months to recover your cost.”

The costs of maintaining the houses are also high with frequent renovations to accommodate the tenants.

“If a tap blocks, they will call you for a replacement even in the middle of the night. Any small problem and you will be forking money to keep the houses in top condition,” Onyango says.

It is not every landlord’s cup of tea.

While prime areas obviously attract higher rents, they might not come close to the low-cost estates.

Some apartment blocks in high-end areas such as Kileleshwa and Lavington are taking months before they fill up even after being put up at huge cost.

Land alone could cost upwards of Sh250 million per acre in these estates. The houses would need to be spacious and have executive finish to attract the targeted tenants with deep pockets.

Now Covid-19 has added its weight to the matrix. When the pandemic swept into the country earlier in the year, it mostly affected prime residential areas.

This took the annual decline to 7.62 per cent in the year to June, a report by real estate firm Knight Frank Africa said.

The Residential Dashboard report attributed the drop in rents and prices to the continued oversupply of residential developments, unfavourable economic climate, low liquidity and expatriates returning to their home countries.

“We expect prime residential rents to decline in the second half of 2020 due to the projected negative economic growth, tighter liquidity, continued relocation of expatriates and less disposable income from potential tenants,” Knight Frank said.

“Prime residential prices are also expected to decline albeit at a slower rate.”

Most of the low cost areas actually benefited from this shift in fortunes.

In a past interview with The Standard, industrialist Peter Kuguru, who also ventures in real estate, said tenants were likely to relocate to more affordable houses amid reduced incomes, creating demand for the low-cost houses.

“It is expected that as those whose rents are high are forced out of their houses, landlords whose units are not very expensive will have new tenants to welcome. As one loses, the other gains,” he said.

In the end, the top remains cold and sparsely populated, forcing landlords into rental concessions and other measures to attract tenants.

It stabilises prices but with the costs of living hammering people indiscriminately, people now go less expensive houses or construct their own altogether.

A HassConsult property index report for the third quarter of 2020 found that overall prices in Nairobi’s suburbs dropped by 0.94 per cent over the quarter while in the satellite towns the drop was 0.06 per cent.

There is a reason why even the moneyed developers look to build houses in places such as Kangemi, Kawangware and Githurai.

“It makes sense for an investor to have rentals in Mwiki as opposed to Kileleshwa because in Mwiki, you will spend less on land and construction, and you are more assured of tenants,” he told Home & Away.

But, he adds, there is a universal feeling that tenants have developed towards property, especially with tough economic times indiscriminately affecting everyone, which is hard to ignore.

“Currently, people’s attitude to rental property seems similar across the board, because of the poor environment in which we all find ourselves,” says King’oriah.

Even in the low-cost areas, people have a raft of factors they consider before choosing where to settle.

“Factors such as infrastructure come into play. Before estimating the demand for any kind of real property, you have to study and understand the nature of the total environment of the town of your interest,” he says.

Stephen Musau, a caretaker in a residential building in Sunton, Kasarani, in which tenants pay a monthly rent of Sh7,500, says they get a constant flow of people looking for a house.

The building has 60 bedsitters and is almost always full, he says.

“Even at the worst time of the year, when landlords were always complaining that tenants were vacating at a high rate, I still got people making the occasional call and paying a visit,” Musau says.

By Peter Theuri 7 days ago
Premium Nairobi: The city of haves and have-nots stuck in colonial times