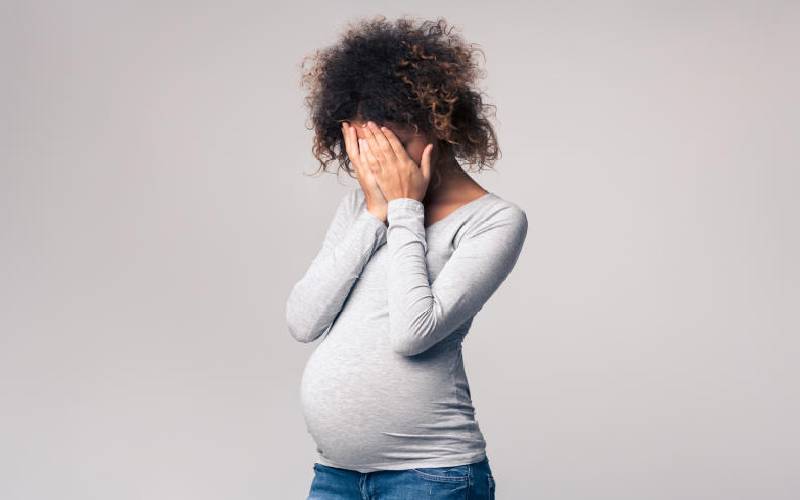 It is a universal belief that every woman yearns to be a mother. Women, after all, are naturally caring, loving, nurturing and selfless.

But there are women who struggle with the whole idea of parenting. No matter how they try, maternal instincts never kick in. It gets worse when they cave in to pressure and get a child. With it comes hardship bonding with their young one setting off depression.

A post attributed to Wanja Kavengi, whose identity has been disputed received a torrent of backlash. The writer posted about her struggles bonding with her eight-year-old son.

She posed: “How long does postpartum depression last? I Googled the other day because try hard as I may, my feelings for him haven’t changed. It has lasted too long. I still don’t know how to care for him.”

Her post went viral with netizens castigating her while others sympathised with her predicament. For many women, there is a thin line between an inability to bond and postpartum depression, as psychologist Mercy Joel explained.

Take another case of Ann Waruguru, a lawyer who is an active community mobiliser mostly known as one of the finalists in the Madam President Reality TV show. She is also a 2019 Obama Foundation Fellow. But that did not prepare her to navigate motherhood.

Waruguru has been battling postpartum depression for months. It has been a journey of long tearful nights, self-acceptance and courage.

“It is a very painful realisation when instead of joy and bliss after giving birth, I was feeling overwhelmed. Many women go through it but are silent for fear of being judged,” she told The Nairobian, adding she kept silent about her feelings for months since she did not want to appear weak.

Waruguru consulted her mother and close friends but eventually shared her thoughts on social media.

She discovered that societal pressure on women to remain superhuman and avoid vulnerability surrounding mothering continues to be a barrier to addressing mental health issues for new mothers.

“Many women have gone through postpartum depression but do not know or understand what they are experiencing,” Waruguru said adding that social conditioning is such that a woman has to put a face as it’s a shame to have trouble bonding with your baby.

There is also a general perception that as long as a new mother is well fed, has enough milk and is physically healthy, then she must be psychologically fit.

While women in urban areas can research symptoms online, rural women often don’t enjoy such advantages. Often, they’re bombarded with religious dogma and stigma when they express their feelings.

Joan* from Muthuaini village in Nyeri County told The Nairobian how she suffered depression after the birth of her second child. Joan battled insomnia, lack of appetite, isolation and fatigue for two months after giving birth.

“My matrimonial home is in the same compound with my mother-in-law and it is difficult to confide in her because we rarely speak while my husband’s job as an electrician requires him to travel a lot,” she explained.

For weeks, Joan had no company except her children and occasional attendance of Sunday church service when she could muster enough energy to leave home. Indeed, for most women in rural areas, their biggest support system is family and church.

Studies indicate that unlike men, women have mothering and nurturing instinct.

“However, while many of the theories hypothesised that women are naturally born with the mothering instinct this does not mean all of them will express it or exercise it,” explained Joel, the psychologist.

She explained that in most instances, trauma life experiences can cause some women to have a suppressed mothering instinct or an aversion to motherhood.

“Peripartum depression refers to depression occurring during pregnancy or after childbirth and is a mood disorder,” noted Joel, adding that depression should not be confused with baby blues which last about two weeks, which most women experience after birth.

“Baby blues are experienced by up to 70 per cent of women, they are general fatigues, and do not interfere with daily activities or require medical attention,” she explained.

Waruguru said the pressure to undergo natural childbirth as opposed to Caesarean Section has given rise to the myth that women who have C- section cannot undergo depression.

“Not all women choose elective C-Section birth most are emergency procedures, and they are traumatic for women leaving them scared psychologically,” she explained.

A myth that health professionals have dismissed noting all women, can get depression.

“Some women are more predisposed than others, for instance, women who have experienced depression before or are birthing their first or second child are susceptible,” Joel said.

Waruguru also noted the high cost of therapy has made it unattainable for most women.

“On average, one hour of therapy can cost about Sh2,000 which is a lot of money if you are a new mother who may be on maternity leave, or unemployed, and mental health services are rarely covered by insurance,” she explained.

Joel recommends therapy, medication and structured management of stress as a treatment for depression, but for women who do not have access to such resources, they should find a trusted confidant to speak to about their feelings.

“Get outside your routine, exercise, socialize and seek out social support, fight the feelings that make you want to isolate yourself, open up and say something,” she explained.