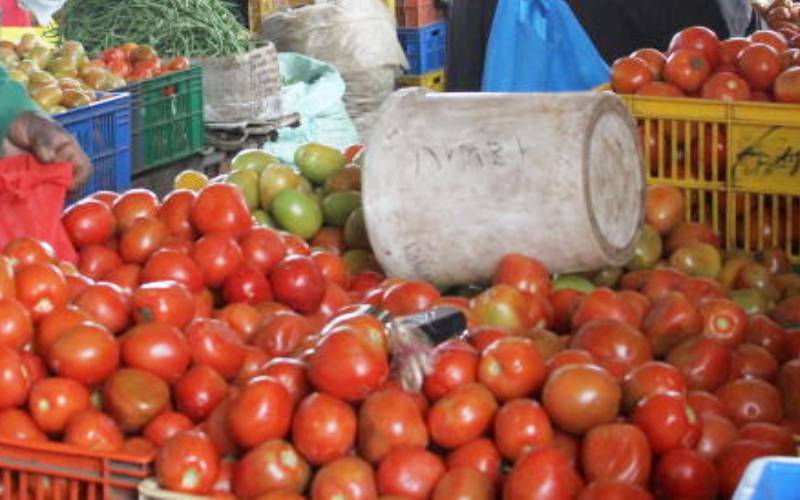 Food security is arguably one of the biggest concerns to be brought under the spotlight by the Covid-19 pandemic. But the daily challenge people across Africa face in putting food on the table is nothing new.

According to the 2020 Global Report on Food Crisis, there were 135 million people facing acute food insecurity in 55 countries, more than half of them (73 million) in Africa.

Further, over 27 million people in the six Intergovernmental Authority on Development (Igad member states) - Ethiopia, Kenya, Somalia, South Sudan, the Sudan and Uganda - were classified in crisis or worse.

Here in Kenya, the report estimates that almost 3.1 million people, representing 22 per cent of the population analysed in arid and semi-arid lands, were facing crisis conditions or worse from August–October 2019.

While the food insecurity forecasts for 2020 were produced before Covid-19 became a pandemic, it is likely the pandemic may push even more families and communities into deeper distress. In Africa, the combined effects of conflict, macroeconomic crisis, climate-related shocks and crop pests, including fall armyworm and desert locusts, are likely to aggravate acute food insecurity in complex and fragile contexts, the report concludes.

This calls for a change of tact by all the stakeholders concerned. For us in the technology space, we are noticing some silver lining in the application of technology to partly address the said challenges.

Already, AI (Artificial Intelligence) is beginning to transform agriculture in important ways. Many farmers have, for instance, started utilising innovative technologies like self-driving tractors that use GPS, satellite imagery, and AI to plant more efficiently.

Others are using sensors and machine learning to make decisions like when to irrigate and how much fertiliser to apply. An example is the AI Sowing App by Microsoft and its partners, which draws on more than 30 years of climate data, combined with real-time weather information, and then using sophisticated forecasting models to determine the optimal time to plant, the ideal sowing depth, how much farm manure to apply, and more. That information is then shared with farmers through text messages that they receive on a basic feature phone.

In the pilot’s first year, 175 groundnut farmers participated in Andhra Pradesh on the southeast coast of India. Most farmers in the region planted in early June, as dictated by custom and tradition.

Farmers who used the app delayed planting by three weeks. For those who waited, the results were dramatic — on average they harvested 30 per cent more per hectare than farmers who planted at the beginning of June. In the second year, the programme was expanded to more than 3,000 farmers and covered a much wider range of crops, including maize, rice, and cotton. Average increases ranged from 10 per cent to 30 per cent, depending on the crop and the location.

In yet another example through a platform called Project FarmBeats, farmers are exploring a new approach to agriculture that uses sensors to measure soil moisture and temperature along with drones to gather aerial imagery, and then feeding all that data into cloud-based AI models that provide a precise, up-to-the-minute picture of the conditions on their farms, down to the square metre.

With this level of precise knowledge, farmers are able to make clear decisions about when to plant, when to water, how much fertiliser to apply, when to harvest, and more for each small section of their farms. This approach can be used to save labour, reduce costs, and improve output. And it is pointing the way toward a future where farms can produce more food, operate sustainably, and generate greater profits.

Closer home, organisations such as ours are proving that technology has an important role to play in helping solve the twin challenges of food insecurity and accessibility. Such efforts are focused on creating solutions to help farmers get their produce to the market and to get produce to vendors at low cost, ultimately making food less expensive for the population.

Scorecard on how Kenya responded to the pandemic