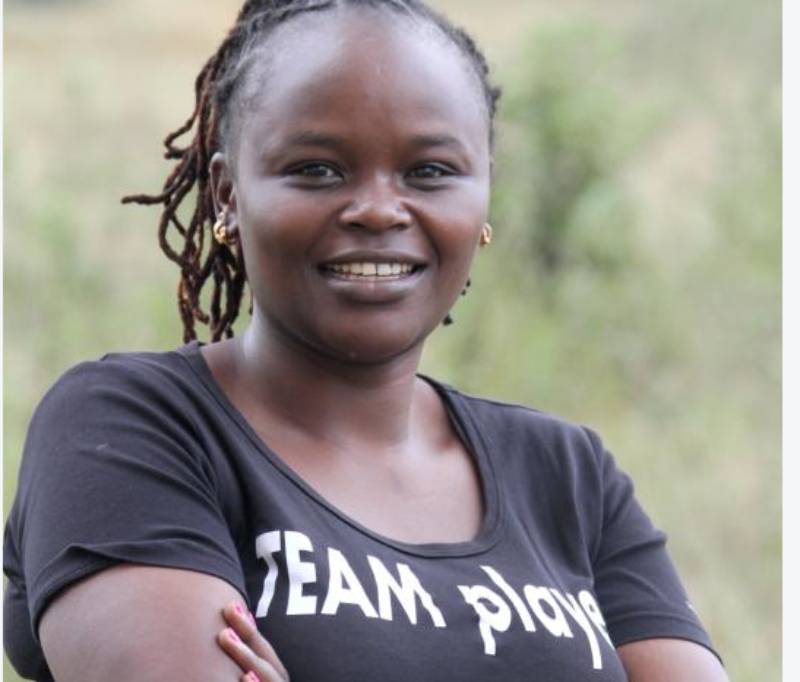 Recently, a heated debate ensued on radio host Maina Kageni’s Facebook page, with numerous women commenting on their take on child support from their estranged partners. While some aired their frustrations about the process, others confessed that they had never sought or received support from their former spouses. What would drive them to never look back? Caroline Njoroge speaks to one such woman, Valentine Kawira (pictured).

“Everyone knows when they are about to hook up with a disaster in waiting. There is that red flag that goes off in your spirit but hormones get in the way of good judgement. When I started dating my now ex-husband, something didn’t feel right. But I was in love and chose to ignore everything that did not line up with my wanting to be with him.

It was in the little white lies here and there. I couldn’t figure out at that time that pathological liars don’t always reveal the full extent of their lying potential on the first date.

The last straw came when he lied perpetually about the money I gave him to pay school fees for my first born (she is from a different relationship I had while I was a university student).

She had just started going to school. I remember getting a letter from her school about outstanding fees. Whenever I asked him about it, he would respond that there must be a problem with the system at that school. He would go, talk to the bursar and things would go on as normal.

Then one day, the school bus driver refused to pick the child up and said it was because the outstanding fee was substantially high. When I told my husband what the bus driver had said, he hurriedly prepared and left. At that point, I decided I would go to the school myself to find out what was going on.

At the school, the bursar said my daughter owed the school fees for two terms. They had not received any money before that morning when my husband had walked in to pay Sh10,000.

As I was seated there still trying to process what was happening, my ex walked in. The bursar asked him why he had come back and his response was quite the performance: “Me? Mimi? Nikakuja hapa?’. He completely denied that he had been to the school earlier on. He was the kind of guy that would make you believe that regardless of what you think you know or have seen, you are the one with a problem.

So, I sat and watched the drama unfold. When it was over, I paid the outstanding fees (Sh30,000) from what I had in my mobile money account and we went home.

I had questions: “So, where did the money which I gave for payment of school fees go? You said you had paid. You gave me narrations of the long queues at the bursar’s office…”

“I gave the money to my sister because she was in need,” was the response.

“So, why did you not tell me that? For two terms?”

I found out he had also been taking money out of our joint account and not telling me. The last argument ended this way, “Nitakuvunja shingo wewe!”

I figured he might be serious, so I packed my bags and moved out with my children. I was of more value to them alive than dead. I figured I did not have to wait for him to become physically abusive for me to get the point. I walked away while I could.

Our separation made me realise just how much I had neglected myself. I was taking care of everyone else but myself; too busy working to become a wife and a better mother. It made me realise that I had struggled with feelings of failure for long and having a failed relationship did little to salvage the situation.

If anything, it makes things worse. There have been times when I thought I had moved on, but slid back into that dark cave. It feels you’re drowning and there is no one to hold your hand and pull you out. You could be in a room full of people but you feel so alone.

I’m fine now, I am strong. That word strong, I don’t really like it because it’s the same one some well-meaning people would use right after they would say I wasn’t the only one who had gone through it.

I have learnt how to take good care of myself and have no expectations when it comes to relating to people. That way, there are no surprises or disappointments experienced.

My advice to that girl, that woman feeling trapped in something that is just not working is that it is okay to walk away. If he is emotionally and physically abusive, don’t use your children as an excuse to dig your own grave. Walk away. I walked away after less than five years of being in a union that was about to cross over to a physical disaster.

As far as child support is concerned, if you are lucky enough to get it, be grateful. If not, don’t waste your money on legal fees or unnecessary drama, God will provide for you and your children. Focus your energy on finding yourself again and rebuilding.

To the single girl, don’t put your money in one basket. Before I got into that relationship, I heard someone say that it was not a good idea to have a joint account with your spouse. I thought the people that said that were archaic and not with the times. I now know better.

It is okay to share financial responsibilities but have your own money in your own account. Also don’t ignore red flags, if it doesn’t feel right, if there are some telltale signs that don’t augur well with you, run. Feelings will catch up with your decision. Walk into a relationship with your head and not just your heart.

To the divorcee, to that woman still feeling crushed; I know it hurts, but it will get better if you allow it. It takes a decision and surrounding yourself with the right support system. Don’t allow yourself to harbour bitterness and please don’t take it out on the kids or on those that love you.

Statements such as, “wewe ni mjinga tu kama baba yako!’ will crush that child’s esteem. Bitterness is a poison that will destroy whatever you have left. Allow your heart to channel out the pain. Give yourself permission to cry. Be okay with not meeting people’s expectations. Accept where you are and know that even if life didn’t work out as you had planned, you will be fine.

During an inspection of the stations, the committee noted there was need to improve the working environment for police officers.