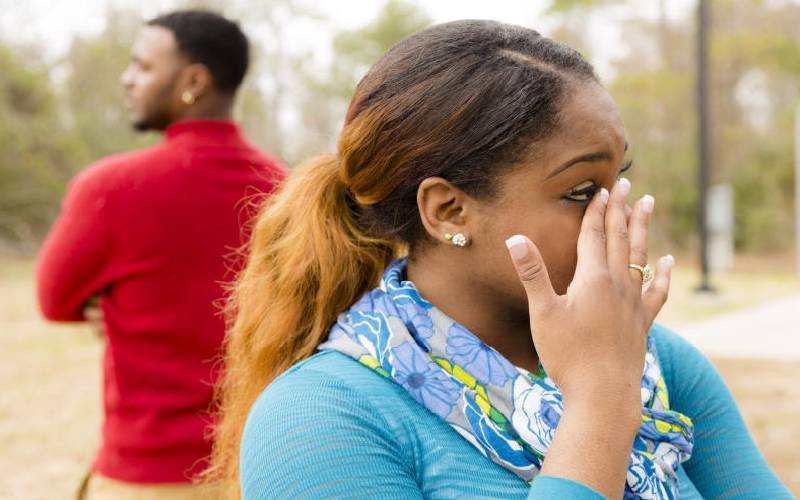 Recently, Kenyans were left dazed by the admission of the respected Hollywood celebrity couple of Will Smith and Jada Pinket-Smith, who have been married for 23 years, that they are in an open relationship.

Obviously, famous people like them are obviously always exposed to public scrutiny and when their relationships are nonconventional such the Smiths, the resulting criticism is bitter and harsh.

And this is particularly so among Africans in Africa or in the diaspora, for whom certain subjects, and especially those related to sexuality, still remain taboo. Some might argue that another layer of stigmatization is added for Africans, many of whom come from conservative households.

A recent study published in The Journal of Sex & Marital Therapy discovered that about one in five adults had been in some form of an open relationship in their lifetime. That may seem like a drop in the ocean. Yet, take this into consideration. The latest data from social surveys generally reveal that more than 20 per cent of married men and nearly 15 per cent of married women admit to infidelity, a number that’s risen almost 40 per cent for women in the past 20 years. Remember, these are only admitted affairs.

Other studies even posit that between 30 and 60 per cent of married individuals will engage in adultery at some point in their marriage. So, while only 4 to 5 per cent of men and women are choosing to be open about their extramarital relations, somewhere between 15 and 60 per cent are opting for a less consensual form of infidelity.

What does this tell us about our society? One, a pretty significant percentage of the population is clearly drawn to non-monogamous relationships, yet a much smaller percentage is willing to call it like it is. For the people who choose to engage in affairs, is it more honourable to come to an agreement with their partner or to sneak around and deceive? How can two people, alone in their romantic union, find common ground on this societally tricky and taboo subject?

Being in an open relationship is a terrific option for people who don’t believe in monogamy, have failed at it in the past, and/or simply don’t want to be monogamous, yet still want to have a meaningful and long-lasting connection with a significant other. By choosing to have an open relationship, they’re able to combine the best of both worlds.

Open relationships have plenty of benefits. The first obvious one that many people think of is sexual satisfaction. Humans enjoy novelty when it comes to sexuality, and we all crave it at one point or another. A new partner is a great way to satisfy that craving for new sexual experiences.

People who engage in successful open relationships also share strong communication skills, a deepened sense of trust, and thoroughly negotiated roles and expectations. It’s much easier to fulfil a partner’s needs if they tell you what they want, rather than making you guess. Open relationships allow partners to put all their cards on the table.

Open relationships also allow non-monogamous people to express their needs and identity without fear. They don’t need to hide their crushes or extra-marital relationships, at least to their partner, and this leads to a lot less emotional distress.

However, open relationships have potential problems all their own. Jealousy is the first. For people raised in an environment where monogamy is expected, jealousy can arise quickly as they learn to challenge that expectation while exploring non-monogamy. Remember, though, that jealousy is rooted in feelings of scarcity, which is itself based on the idea that your romantic partner should be everything to you and you to them. Once you let go of the idea that you alone must fulfil every single one of your partner’s needs, it’s easier to manage feelings of jealousy—whether you’re in a monogamous or non-monogamous relationship.

Negative feelings toward your partner’s other partners can also stem from increased vulnerability. As you learn to negotiate your relationship more explicitly, you will need to explore and express feelings you may not have examined before. This can make people feel anxious, angry, or make them retreat emotionally.

Having multiple sexual partners also increases the risk of sexually transmitted infections (STIs), so it’s important for all involved to engage in safer sex activities with proper protection and get tested regularly.

Only you can decide whether an open relationship is right for you. Opening a relationship involves taking a closer look at your beliefs and feelings about monogamy, examining what you really expect from love and partnership, and being vulnerable with your feelings. It takes a lot of maturity and compassion.

But being in an open relationship isn’t for everyone—and it doesn’t show a lack of maturity or compassion to decide that you value and prefer monogamy. In the end, being honest with yourself and your partner(s) is what is most important for happiness in your relationships.