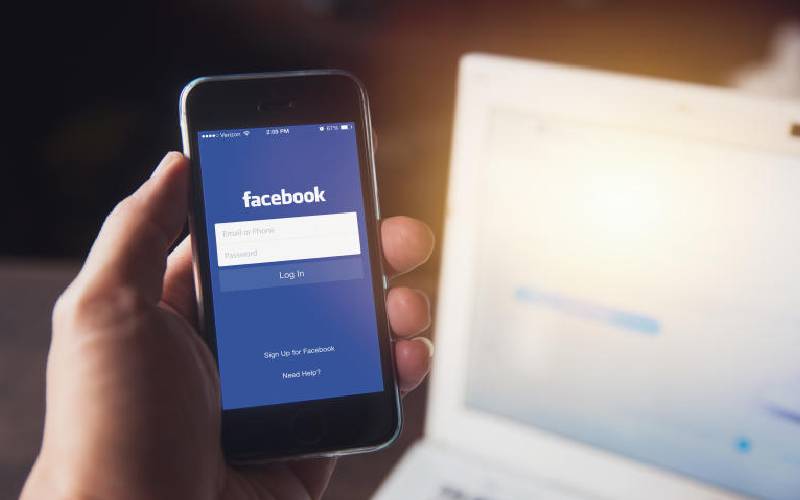 That stranger on Facebook trying to seduce you could be your new girlfriend or wife testing your trust levels using a friend.

It is a route many women use when things start getting shaky, and they suspect their man could still be playing the field.

Facebook seductresses have led many relationships to the graveyard, now that many couples were separated by lockdowns, social distancing, quarantine and self-isolation. And many men are being caught flat-footed.

Take the case of Cate Wairimu, a lawyer based in Kisumu, and Ben, a Nairobi-based businessman. They were in a two-year relationship when the fire of their love affair began fizzling out. Cate began noticing that Ben was ignoring her calls with alarming regularity, claiming later he was tied up in meetings.

“Replying to my texts became an issue. I would call and he wouldn’t pick, only to call back five hours later. That is when I started suspecting he was cheating. I used my friend’s Facebook account to seduce him. Shock on me! He responded and within hours, had even agreed to send my friend an air ticket to Nairobi. When we gave him my friend’s number, he called immediately.

“When I confronted him, his defense was that he knew it was me all along and wanted me to ‘get what I was looking for’ to teach me a lesson!” Needless to say they broke up on account of mistrust.

Ben started an affair with Cate’s friend, but “they broke up after two years and are now co-parenting,” explains Cate.

Donna Aluoch’s case was not so different. Her husband, an army corporal, was on a peacekeeping mission outside Kenya and to test his loyalty, Donna created a Facebook account for seduction purposes.

“He told me he was not married,” recalled Donna. “I gave him my friend’s number and he called and I listened to him claiming he was single. It really broke my heart and I cried for days.”

Donna didn’t confront her hubby. She didn’t want him to know she has been spying on him. “That is when I knew I don’t have a husband, but a boy who wasn’t ready for marriage. We eventually separated over other issues, but if I were to get married again, I would never trap my man like that. I would rather not know than face the pain of catching a cheat,” swears Donna.

Relationship experts call this type of spying behaviour ‘catfishing,’ which is the act of luring someone into a relationship by means of a fictional online persona.

Many women are catfishing their partners so as to bust them, and as night follows day, many men have fallen for it hook, sink and fare! What starts as a harmless game borne out of curiosity and search for reassurance can take an ominous turn.

Joy, a HR manager in a law firm and who has been married for eight years with one child, says that creating pseudo accounts “arise from triggers women get from behavioural changes they notice in their husbands.”

Joy recalls doing the same to her partner whom she suspected was cheating. She sent him a friend request from an account she had created and “whenever he posted something about politics, or anything in general, she would comment on it. It was easy because I knew he liked having good conversations,” she says, adding that it was easy to bait her man because she knew his preferences and designed her profile to fit that. “It only took a month for him to cave, saying he had a wife but they aren’t in good terms. My heart sank. The reality of what I had found, though I expected it, was a very bitter pill to swallow.”

Marriage counsellor, Grace Kariuki, believes catfishing is triggered by the same instincts that get women itching to go through their husbands’ phones. They range from “fear of rejection, jealousy or being caught in a sexually-compromising situation that triggers the insecurity.”

Catfishing results in lack of trust and emotional safety as “the woman will get more obsessed with the snooping and might have difficulties letting it go. When the husband finds out, then there is a breach of trust and that might drive him to the very thing the woman was worried about in the first place,” explains Kariuki, adding that this is how men lose respect for the women in their lives.

Says Kariuki: “If one finds evidence of their fear, then the long process of confrontation, denial, anger, betrayal and even aggression - both emotional and even physical. Then there’s the shame and guilt that goes with it. The man is angry because he was snooped on, the woman is devastated that her fears have been confirmed. She begins a tough journey of grieving.”

Dr Antony Odek, a sociologist at St Paul’s University, believes that catfishing is triggered by mistrust and is part of information seeking strategies with long-term effects on the marriage and can even lead to separation. “When a woman starts creating fake accounts to see if the husband is cheating, there has to be something that led her there. It’s like using the television show, Cheaters, to track and catch someone in the act of unfaithfulness.”

Dr Odek adds that a man cannot have anything serious with many women at once, and if he gets wind he’s being catfished, he can turn the tables on the wife as well.

He argues that social media has made it easy for others to access your information with the insecure party in a relationship being the most agile at allaying or confirming their fears. “When someone finds out what they are looking for, they might conceal they catfished, but will opt  to get back at you in other ways.”