By Kamore Maina | 2yrs ago

Three police officers from an elite DCI squad have been arrested over a robbery and violence incident at a gas depot in Machakos.

The suspects are said to have also extorted Sh1 million from a businessman in Machakos town over the weekend.

The officers received Sh600,000 from the management of the gas depot after threatening to arrest workers. The incident happened on Saturday.

They were locked up at the Nairobi Capitol Hill Police Station. The Special Service Unit (SSU) is DCI George Kinoti’s elite team that deals with organised crimes and robberies.

The unit was created in December 2019 by the DCI director who also disbanded the dreaded Flying Squad.

The idea behind Kinoti’s creation of the new team was to bring freshness into the operations of the elite units.

The Flying Squad and Special Crimes Prevention Unit (SCPU) were some of the directorate’s elite units but had suffered a tainted image not limited to extra-judicial killings.

The SSU, which replaced the SCPU, retained its headquarters at the Old Nairobi area DCI offices.

Kinoti also expanded the mandate of the new squad to include organised crimes and even robberies and motor vehicle theft crimes.

The three officers are said to have abducted a security officer at a gas depot in Machakos town on Saturday.

They used their vehicle to block the security boss after which they forced themselves into his car while armed with an AK47 rifle and a pistol.

After accessing the company premises, they ordered the workers to lie down and took their cell phones.

The policemen are said to have ordered the security manager to hand over money, failure to which they would arrest the workers.

After receiving Sh600,000 through mobile money transfer service, the officers are reported to have forced the security boss to an ATM in Matuu town where they forced him to withdraw another Sh100,000.

Out of the money, Sh370,000 was transferred to an M-Pesa till number, an agent number and two Safaricom lines in various locations, all which were traced back to the suspects.

The three were disarmed and placed in police custody.

Premium Lesson for us from disciples of Jesus' election to replace Judas
Opinion
By Job Naibei
4 mins ago
Vote for upright leaders, vote for better tomorrow
Editorial
By Editorial
34 mins ago
Premium We have 150,000 officers set to keep the peace Bruno Shioso
NEWS
By Hudson Gumbihi
34 mins ago
August 9, 2022 elections: Voting starts in most parts of Kenya
Politics
By Fred Kagonye
1 hr ago
.

By Editorial 34 mins ago
Vote for upright leaders, vote for better tomorrow 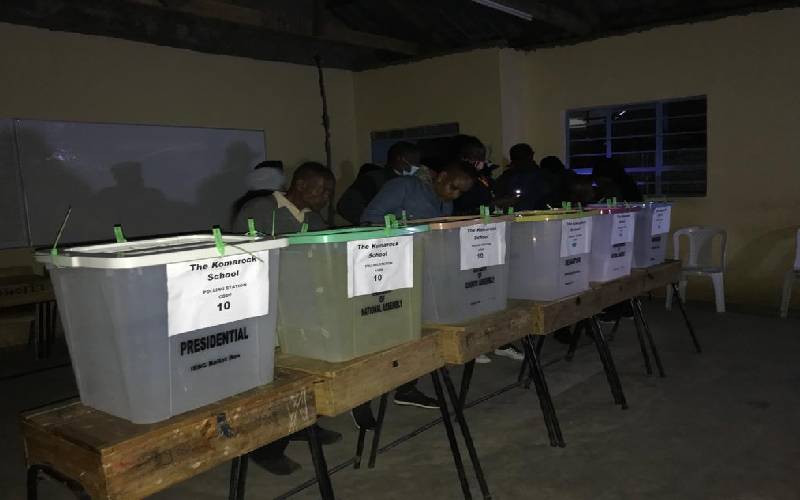 By Fred Kagonye 1 hr ago
August 9, 2022 elections: Voting starts in most parts of Kenya 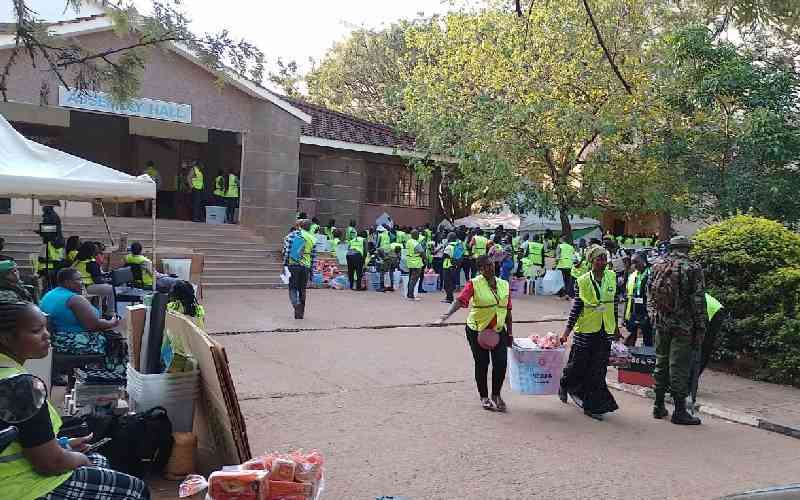