I am still recovering from my pregnancy two years later 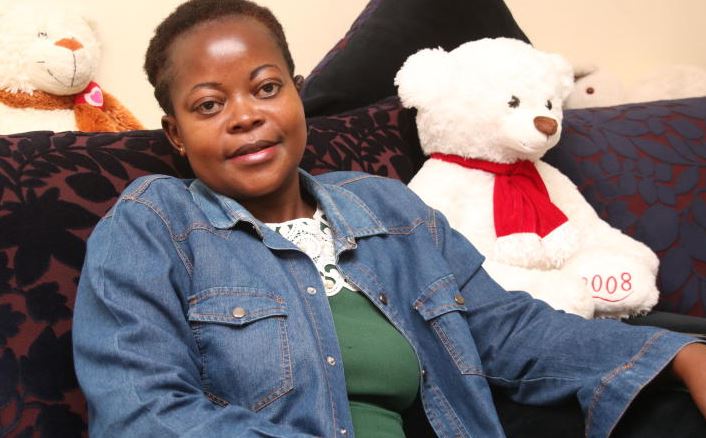 Sophie (pictured) is in the company of her two-year-old daughter who gleefully dances at her mother’s feet.  She moves slowly and lethargically. Her hair is shaved down into a crop cut and she wears flowy dress. She tells us that she is finishing up on a few chores and will join us in the living room shortly, leaving her hyper little girl behind.

The young toddler plays, oblivious of the fact that she was born at a time when her mother was fighting for her life and soon after the diagnosis of the illness that plagued her delivery.  Sophie has hyperthyroidism, a condition characterised by overproduction of thyroid hormone. The thyroid hormone typically controls metabolism and in excess amounts, will affect the workings of different systems in the body.

“In the central nervous system, the excess hormones can cause tremors, muscle weakness as well as anxiety. Other common symptoms include goitre, irregular menses for women, loose stool, a very rapid heartbeat which may lead to heart failure and significant unexplained weight loss,” says Dr Eric Njenga, an endocrinologist at Aga Khan University Hospital.

Up to the time she was pregnant with her second child, Sophie had been as healthy as any young woman could be.

Hyperthyroidism has been known to strike in previously healthy women as they went through pregnancy, delivery or even post-delivery. For Sophie, the worst of it struck during delivery.

“She went in for a C-section delivery but then slid into unconsciousness right after,” her husband Ben shares.

The doctors explained to her distraught family that her thyroid hormone levels had shot up, leading to her loss of consciousness. And they commenced treatment for hyperthyroidism.

“A more common cause of hyperthyroidism in pregnant women is the autoimmune Graves’ disease,” explains Dr Njenga.

And since Sophie didn’t have Grave’s disease, Dr Njenga reckons that her thyroid dysfunction was caused by the stressful delivery.

And as the doctors attended to Sophie who was now in the Intensive Care Unit (ICU) of the hospital, the baby stayed back in the nursery under the watchful eye of her dad. Sophie remained in a coma for 28 days after which she was taken to the high dependency unit.

“When I came to, I wasn’t in any pain, but had lost the use of my limbs. I also couldn’t see or talk, “she says.

And when she was well enough to be discharged, she would need round-the-clock care. It would take year-long therapy to see her regain her lost senses.

“I attended physiotherapy and I would need someone to hold me and get me on my feet. I needed to be washed, cleaned, fed and even put in the wheelchair. It was a dark time for me, especially since I had two children who needed me. So I fought every day to regain my speech and use of my limbs.”

Her effort paid off. Within a month or two of getting discharged, her vision came back, then her speech a little later, and after a year, she could use her hands and feet.

“I am fine now, save for the fact that I am slower at carrying out tasks than I ever was. I am still on medication and my hormone levels are being closely monitored to ensure that they remain normal,” she says.

As Sophie slowly gets back to her old self, she acknowledges that the disease has left in its wake some marks on her physical appearance.

“My eyeballs seem to protrude a lot more and my feet swell severely.  I have learnt to accept it but I hope that things will go back to normal as I go through treatment.”

Her doctors explained that the feet swelling was due to water retention while she was in the ICU, but they offered no possible reversal of the damage caused.

But on top of great health, all Sophie now hopes for is to be self-sufficient again.

Clash of Red Devils and Saints

Manchester United will be looking to make it five Premier League wins in a row when they welcome...