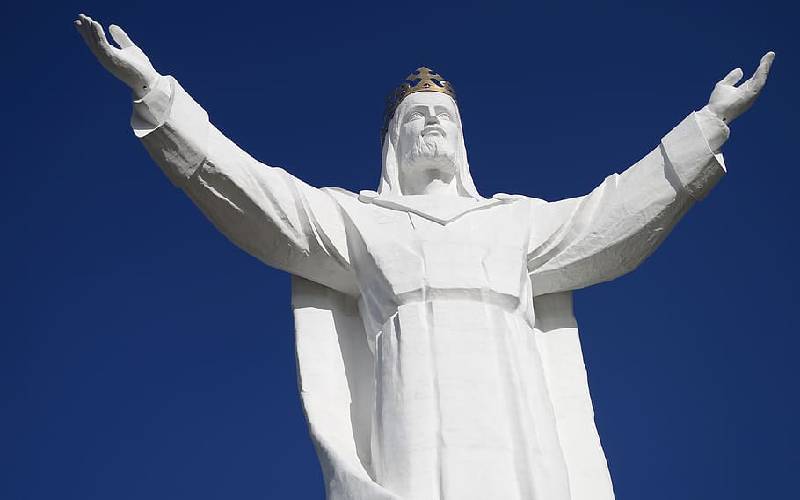 Jesus told a story 2000 years ago that I am convinced was about Kenya. He spoke of two men; leaders of great renown in their nation. One day the two men went to church to seek the Lord and find an audience with the Almighty.

One of the men walked in dressed right for the prayer. He had tassels on his clothes, a prayer shawl and carried a hefty offering. He took the pride of place in the temple where everyone could see how pious he was. Everyone that knew him, knew he fasted regularly and was careful not to drink any alcohol.

The man was a beacon in religious circles, known for visiting synagogue after synagogue. He always sat at the front of the congregation and gave the biggest donations. The teachers in the synagogue loved him. Indeed, they called him the chosen one; a man in whom God had placed high trust.

With recent election in the Sanhedrin coming up, he was the only one to have declared his candidacy. He endeared himself to the Sanhedrin, ensuring as many representatives in the Sanhedrin were beneficiaries of his generosity and loyal to a fault.

He was often mentioned in one scandal or another. It was claimed that during the war of the Maccabees he took an old man’s land and the judge forced him to return it. He also owned a wonderful inn that was too close to one of the city gates, but no one spoke of it for such a righteous man, they reasoned, would never do such a thing.

Curiously, whenever such questions would come up, his peers in the Sanhedrin would insult and threaten anyone who dared sully the name of the great man.

Within Jerusalem he was both admired and loathed in equal measure. Those who loathed him spoke of his alleged evil deeds, his promiscuity and his alleged piety. Those who loved him declared openly that the man was chosen by God, he was promised his position in many campaigns past and he was a man of great and polished virtue.

In the sanctuary face to face with God and man, the man prayed thus: “God, I thank you that I am not like other people — robbers, evildoers, adulterers— or even like this tax collector. I fast twice a week and give a tenth of all I get.”

His followers clapped and were overjoyed. “What a wonderful man!”

Meanwhile, at the back of the sanctuary was the other man. He dared not lift his head for he knew his sins. He had drunk too much at the wedding in Cana. Apparently a wandering preacher had made a jolly good batch of wine.

He also remembered his role during the Maccabean war; he was a man who had almost divided Israel. He was part of what was wrong with the nation and he knew it. The other man was sometimes his enemy, sometimes his friend. They were on the same side in the war of the Maccabees. They knew each other well.

This man was torn. He wasn't sure about running for the Sanhedrin anymore. He wanted to make things okay in his country. He wanted to unite the nation again. His desire was to undo all the division and corruption that bedeviled the nation for so long.

He prayed too, from a distance, too afraid to look into heaven or even to come close to the altar. He had no audience with the masses gathered. He gave his offering in secret. He could clearly hear the other man and his friends brag of how righteous they were. Quietly, he beat his chest, cried before God and said: “God, have mercy on me, a sinner.”

No one noticed the second man's prayers, but everyone heard the first one’s prayer.

The answer? Well, let me put it this way. One of these men participated in the murder of Jesus just two years later. The other became a disciple and gave up his life of mistreating and manipulating the people.

Some 2000 years later though, the question remains which man is which. I will tell you this: One is a deputy, one is a former something, and the other may retire in 2022.

There are three people in my answer because there are two kinds of people: Those who can do math and those who can’t. I assure you my math is right. Let he who has ears hear what Jesus said 2000 years ago.

Let’s learn from others and brace for the worst

In the next day or two, the world will reach another grim milestone: the death toll will surpass a quarter of a million people