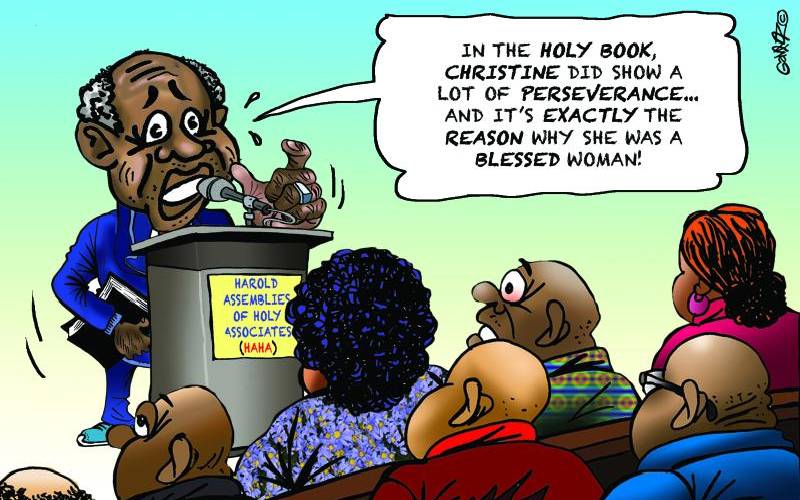 You must be wondering why Uncle Harold’s sermon this past Sunday was titled “Perseverance, Lover”.

It was an unusual sermon, I agree, first because he does not mention anything to do with love in public (he is as emotionless as anyone can be) and also because he is clearly unable to understand the meaning of, and pronounce, the word perseverance.

And why he insisted on the importance of wives persevering in the face of perennial abuse from husbands devoid of manners, who share in Harold’s unattractive character.

It all began when I told him that NASA had steered a rover to Mars, and its name was Perseverance. I was in soliloquy, rather, and he overheard me.

Harold was at sea, clearly lacking the faintest clue of what a rover is, or who Mars is supposed to be.

“When is Jubilee sending their lover to Mars?” asked my uncle that Saturday night, the oil-lamp flame flickering around his nose as he sat hunched over his notebook.

I have answers for a lot of questions but Harold’s always leave me tongue-tied.

Then he figured out something.

“Ah, I know that guy you idolize, Bruno Mars. Is that the guy NASA is sending a lover? Why would he need one, and can he not just search one for himself?”

I truly apologise I let Harold share in my excitement when the National Aeronautics and Space Administration (NASA) rover landed in Mars on February 18. I also apologise that I did not at first care to explain to him what Mars is, because that would mean explaining all the planets. I do not want to imagine what would happen when we got to Saturn as part of our solar system.

So I nodded, and let Harold bask in the glory of his newest discovery that popstar Bruno Mars is in need of a lover and NASA has decided to take the initiative and make his day.

“That might shift the local political situation because the youth like yourself, who support Bruno Mars, will vote…”

I wanted to pour super glue into my ears, but then he would still find a way to make a joke out of it, such as tell me I am SUPERstitious, or tell me I am the dumbest person he ever saw, dumbest being a fitting English SUPERlative for me.

Tired of his shenanigans, I explained to Harold that a vehicular machine was sent to another world by an American authority, and it spent more than half a year navigating different atmospheres before finally landing on the Martian surface.

He was not listening. And if he was, he clearly did not understand a thing.

All along, Harold was planning his sermon, which he would use to undermine Sue, who has shockingly stuck by him through years of insane terror. Harold would then say it was me who instructed him to do so, putting me in Sue’s bad books for the umpteenth time.

The female congregants were most likely going to rebel against me, and they would hate me, and that would hurt my chances of dating Amanda, the daughter of the man who, in blatant defiance of normalcy, makes hay while it rains.

It would also make Harold a lot more adored by a battalion of female congregants who scream to Harold the word “Change” not because they are tired of his mannerisms and expect him to be a different character, but because they know they can get “the excesses” from the offertory bag.

“Women should persevere,” Harold screamed to a sleepy faithful. “NASA just sent Mars a lover, and her name is Perseverance. If NASA can send a whole lover to a renowned man and even name her Perseverance, who are you not to persevere?”

He leaned on the creaky pulpit landing, his eyes scanning the women, some of who sent back disinterested stares.

“In the holy writ, Christine did show a lot of perseverance, and it was exactly the reason why she was a blessed woman!” he barked, without once looking unsure of his allegations.

For the record, there is no woman by the name Christine in the Bible, neither is there an illustration of anyone blessed because they bowed to subjugation. And if there is, then the authors of The Holy Book never met Harold, who is, as you already know, a trained sadist.

“Now, when I tell Sue to toil so we can have something to bring to the offertory bag, she should not whine. Even my nephew Pete, who you all know is not entirely clever, knows that the girl sent to Mars was on the road for seven months, walking the torturous journey to be with the lover.”

True, that. NASA’s rover overcame turbulent environments in its cruise to Mars.

Sue was not at all impressed. She sent Harold a venomous smirk from the usher’s seat, and I could see his veins dilate, for a millisecond.

But as we all know, Harold forgets what he has seen or heard as soon as it has happened.

Harold, the flat-earther, insists that women should do all the work while he rests his feet on the cat. He believes that Sue should spend her days shepherding drunk nitwits at the local pub, one of them being Harold, and then come in the evening to take his orders, which he barks from under a newspaper he is not reading.

But yours truly, who defends the rights of anyone who has been trodden under Harold’s oversize feet, is now taking a short course at Harold’s Institute of Law, with an aim of defending all the people he has abused.

And when he heard I was set to become a lawyer, Harold simply scoffed:

“You are so lowly that when you finish your classes, you will not be a lawyer. You will be a low-yer, at best.”

Sources further revealed that the turnout of the examination markers was about 70 per cent.

Alibaba said it accepted the penalty and “will ensure its compliance with determination”. 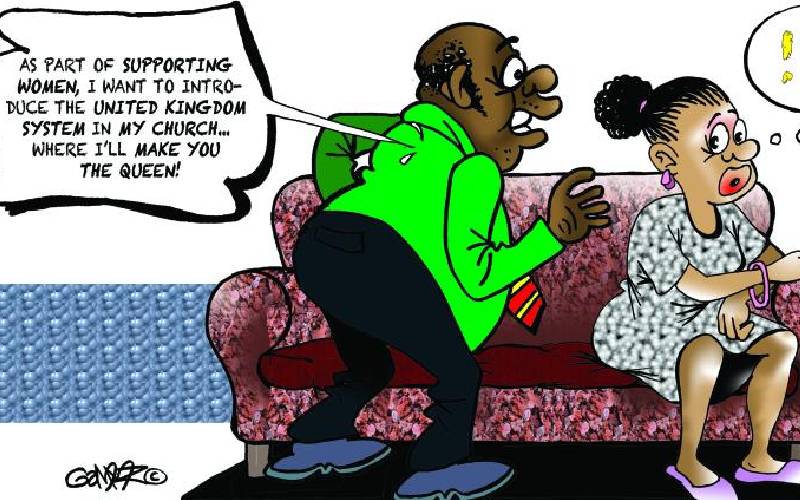 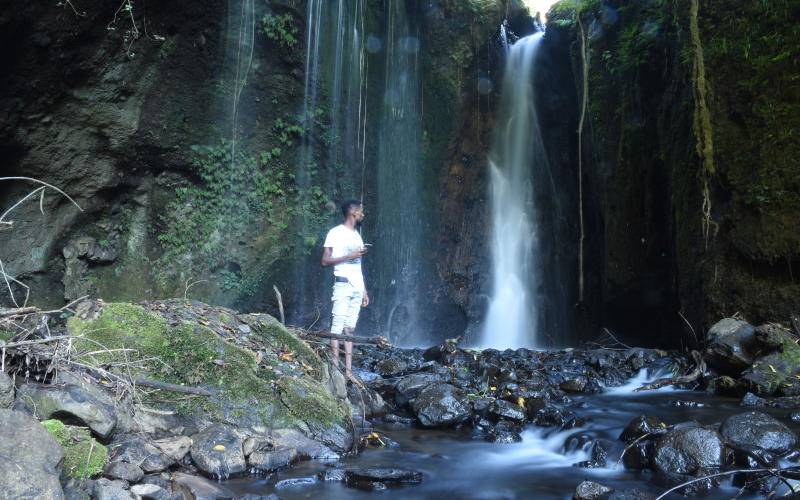 By Jayne Rose Gacheri | 7 days ago 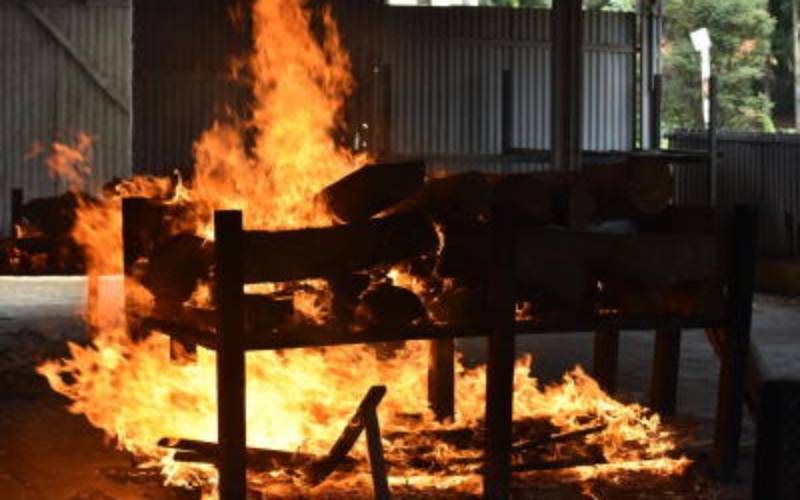 By Anyango Otieno | 21 days ago 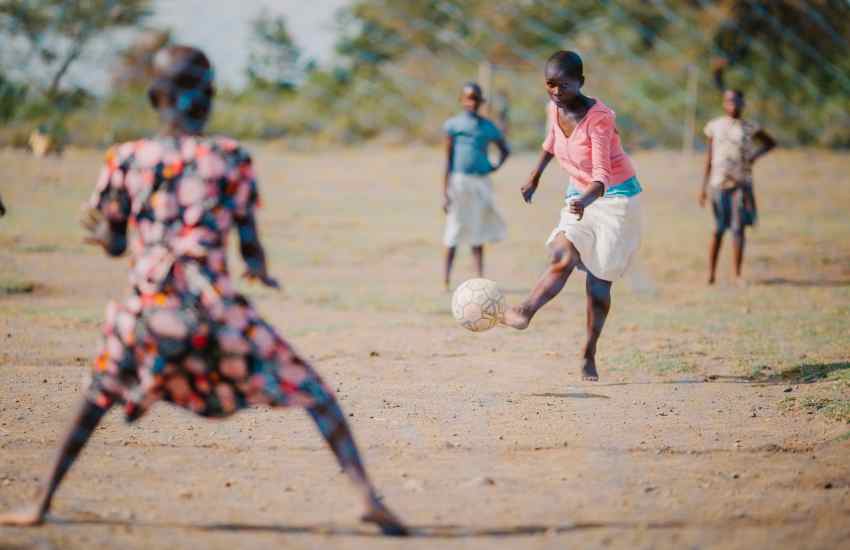