What the tongue says about your health 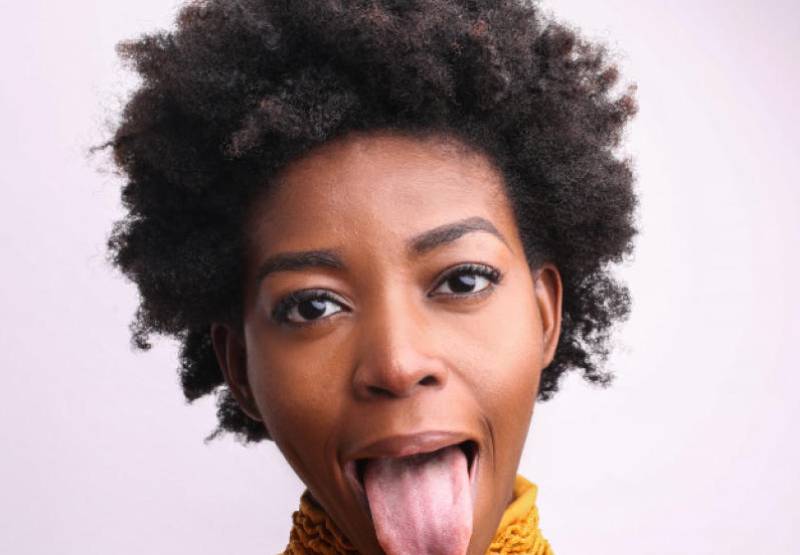 The tongue plays a vital role in chewing and swallowing food as well as speech. It also contains taste buds that enable you to distinguish between five distinct flavours: sweet, salty, sour, bitter and umami. But that is not all that your tongue is useful for. In matters health, the tongue can provide a snapshot of your overall health.

Symptoms of many chronic and acute illnesses can manifest on the tongue. In fact, changes in the appearance of your tongue are often among the first sign that something isn’t right.

A normal, healthy tongue is typically pink in colour. However, the shade can vary to slightly darker or lighter. A healthy tongue also has nodules at both the top and bottom. Deviation from the normal appearance of the tongue or pain is usually a cause of concern.

Here are what some changes in your tongue’s appearance could be telling you about your health:

A white coating on the tongue that doesn’t go away after brushing is definitely an indication that something is wrong. You might also notice white spots on the tongue that weren’t there before. These symptoms could indicate the following health problems; oral thrush, leukoplakia or oral lichen planus.

Oral thrush is a yeast infection, also known as oral candidiasis, that grows inside the mouth. Your tongue might develop white patches that look like cottage cheese.

Oral thrush is especially common in infants and the elderly, especially if they wear dentures. It is also common in people with weakened immune systems such as in the case of HIV.

Another group that is particularly susceptible to oral thrush is people with diabetes. Oral thrush is often the first symptom to indicate one has diabetes, simply because people visit the dentist more often than the general physician. People who have diabetes are also more likely to suffer from dry mouth. Because the mouth needs to be well-hydrated to maintain a healthy balance of bacteria, a diabetic person with dry mouth is more likely to suffer from oral thrush.

Leukoplakia is a condition where the cells in the mouth grow excessively. This leads to white patches on both the tongue and inside the mouth. The condition is often a result of irritation on the tongue. Leukoplakia is especially common in smokers and people who use tobacco products. This condition can be a precursor to cancer, although it isn’t inherently dangerous by itself.

Oral lichen planus is a chronic inflammatory condition that affects the mucous membranes inside the mouth. Oral lichen planus often appears as white, lacy patches. But in worse cases, it presents as red, swollen tissues or open sores. The lesions may be painful, have a burning sensation, or cause other discomfort. Doctors don’t know what causes the condition, and it tends to resolve on its own.

A tongue that has an unusually red shade could indicate the following health problems:

Kawasaki Disease: This is a condition that causes the tongue to have a red, bumpy appearance often known as “strawberry tongue.” Kawasaki disease affects children under age five and is usually accompanied by other symptoms such as high fever, red eyes, skin rash, and skin peeling. This condition requires immediate medical evaluation and treatment.

Scarlet fever: This is an illness that develops in some people who have strep throat. Its symptoms include a bright red rash all over the body, sore throat, and a strawberry tongue. Scarlet fever is most common in children aged between five and fifteen years. It is usually treated with antibiotics.

Vitamin deficiency: A red tongue could also be an indication of deficiency in folic acid and Vitamin B-12. A blood test can determine if you have such deficiencies. Deficiencies can be treated with supplements and tweaks in your diet.

Geographic tongue: Like the name suggests, this is a condition where map-like patterns and spots develop on the tongue’s surface. The patches usually have white borders around them. Although it looks scary, geographic tongue is usually harmless.

Just like hair, the nodules on your tongue are always growing. In some people, the papillae nodules become excessively long, increasing the likelihood of harboring bacteria. The bacteria growth might look black while the overgrown papillae have a hair-like appearance. Thankfully, this condition is rare and harmless. It is most likely to occur in people who have poor dental hygiene.

A sore and bumpy tongue could indicate the following health issues:

Oral cancer: Your dentist could play a key role in detecting head, neck and oral cancers. One of the symptoms dentists look out for is bumps and sores on the tongue that don’t go away after two weeks. Such bumps and sores could be symptoms of cancer. Even if the bump on your tongue doesn’t hurt, it is always a good idea to get it checked out as soon as possible.

Canker sores: Simply put, canker sores are mouth ulcers. The exact cause of canker source is unknown, although they’re associated with stress. They usually heal within a week or two.

Trauma: When you accidentally bite or scald your tongue, it might result into a sore bump until the damage is healed. People who have a habit of grinding or clenching their teeth might also have an irritated tongue, especially around the edges.

Take care of your tongue

Everyone should take a good look at their tongue, especially in the morning as they brush it. In addition to brushing your tongue, you can try using a tongue scraper for more thorough cleaning.

Make sure to rinse your tongue well after brushing and drink plenty of water throughout the day for hydration. Have any discoloration, bumps, sores or pain monitored by a doctor, especially if they don’t go away after two weeks.