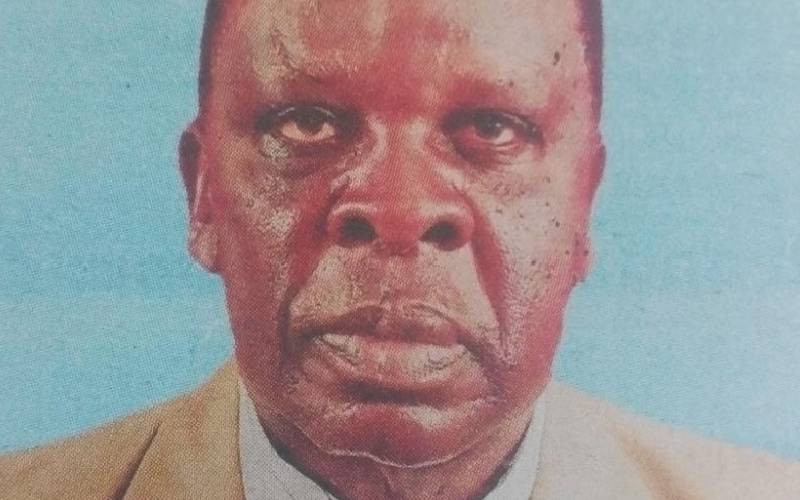 Even before his burial, Norah Atieno and Anne Wanjiru claimed they were Olweny’s widows and wanted a share of his property.

Olweny’s wife Phelisia Akoth and her sons filed a succession case at Nakuru High Court in 2017, to block the two women from the property.

Atieno defended her marriage to Olweny in 2020, she told Justice Teresia Matheka that she bore a son; John Odhiambo, with Olweny.

However, during cross-examination on June 21, 2021, Atieno was unable to give Odhiambo’s birth date, month, the hospital he was born at and other important details pertaining to his birth.

She was also accused of forging Odhiambo’s birth certificate.

Akoth through her lawyers, convinced she was lying about the child, dared her to undergo a DNA test and prove she was Odhiambo’s mother.

Atieno agreed to undergo the test which was made formal by the court on August 15, 2021. She was to present herself and Odhiambo before the government chemist for test within 30 days.

The judge also ordered that Odhiambo undergoes counselling before he is subjected to the test.

The court issued subsequent orders on November 15 and November 25, 2021, but the same were flouted.

In December 2021, Akoth’s lawyer Wilfred Lusi informed court that Atieno had refused to undergo the test.

“She refused to avail herself and her alleged son for the DNA test at the Government Chemist in Nairobi as directed by court,” said Lusi.

Lusi informed court that they provided everything including Sh10,000 transport to Atieno but she refused to present herself for the test.

The court compelled Atieno to undergo the test in December last year.

By March this year, she had not presented herself. An application was filed on March 24, 2022 for Atieno to be found guilty of contempt of court for disobeying its orders.

“Despite being aware of the unchallenged orders, the objector failed to avail herself as required,” read the application.

Atieno was accused of frustrating succession case and urged court to deny her audience and proceed with the case; taking evidence of Wanjiru.

On April 4, she was summoned to appear in court on April 25 and show cause why she should not be punished.

Atieno appeared and said she was mistreated when she presented herself for DNA test in Nairobi on December 2, 2021.

After consultation, the court directed her to appear for the test on May 5 and only allowed her lawyer and Akoth’s and the government analyst to be present. However, she failed a fourth time.

Odhiambo, Atieono’s son, filed an application challenging the DNA test. He urged the court to review and or set aside her order.

The court will make a determination next month.

By Brian Ngugi 1 hr ago
Premium Hustler fund: The good, bad and ugly

By Associated Press 11 mins ago
Morocco looks to advance in World Cup, Canada hopes for win