Six people died after they were involved in a road accident in the Greenstead area in Mbaruk on the Nairobi-Nakuru highway. 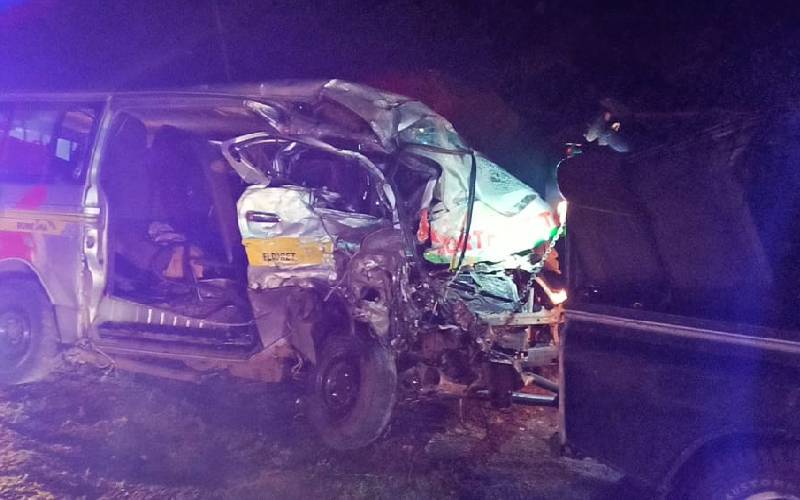 "The lorry had swerved off its lane and crashed into the matatu, ripping off almost the entire right-hand side. We suspect the lorry driver was overtaking another vehicle and underestimated the distance and speed of the matatu," said Kiraguri. 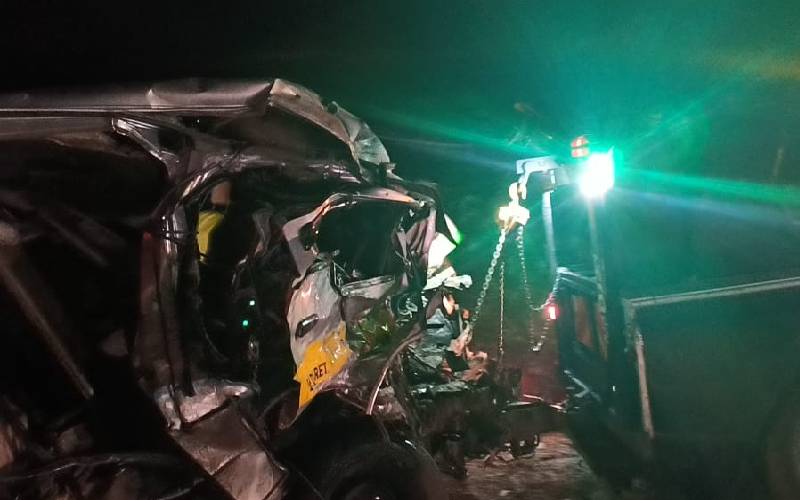 It was headed towards Nakuru town when the driver collided head-on with a lorry.

Those injured have been rushed to the Rift Valley General Hospital.

The accident comes as residents have oftentimes called for speed bumps at blackspots to reduce the number of accidents.

Last week, four people died and another one was seriously injured in two separate road accidents along the Nairobi-Nakuru highway.

In the first accident, three men died on the spot after the vehicle they were travelling in was involved in a head-on collision with a trailer near Gilgil town.

The three were on their way to Nakuru when the trailer rammed their car around 5 am.

At the scene, blood mixed with fuel flowed freely as personal effects were littered all over.

Gilgil OCPD John Ondit said only two of the victims had been identified.

“One of the vehicles was overtaking before the deadly crash happened,” he said.

And in Karai, Naivasha, a boda boda operator was hit and killed by a motorist.

The middle-aged man was ferrying potatoes to a nearby market.

The driver escaped from the scene after the accident.

This brought to six the number of motorcycle operators who have been killed by motorists on the section of the road in the last two months.

Cabinet Secretary for Interior Fred Matiang'i vows to use the law to tame those spreading hate on Social Media.

'Pupils taught in vernacular do poorly in Kiswahili and English'

Teachers who use local languages in class during Kiswahili and English lessons are contributing to the failure of learners in these subjects.

By Rashid Lorogoi | 9 hours ago

By Edward Kosut | 20 hours ago