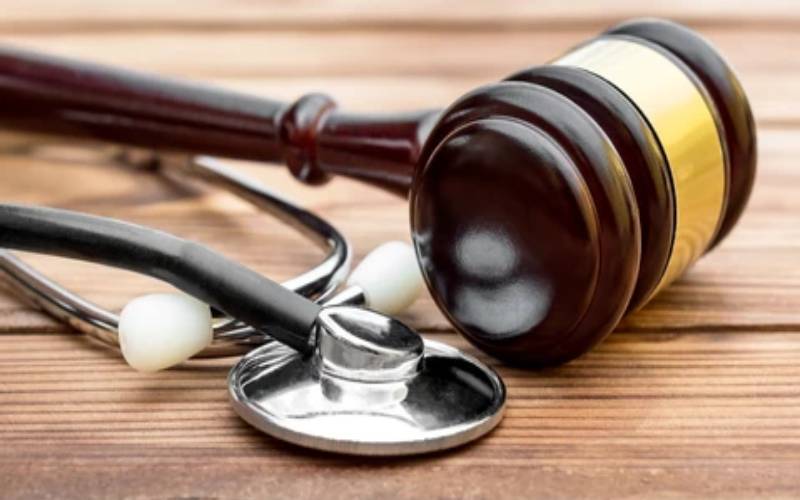 A family that sued a private hospital for alleged negligence in the death of their 10-year-old son 27 years ago has lost the case. Last Friday, Nakuru High Court Judge Hilary Chemitei ruled there was nothing to justify the allegations of negligence on the side of the hospital and a doctor.

Justice Chemitei cited lack of a medical expert to testify in the case filed by Jackson Towett following the death of Joseph Kimng’etich at Pine Breeze Hospital on February 2, 1994, as one of the grounds for dismissing the case.

Towett had sued the hospital, Dr Masiira Mukasa and Jeremiah Ndura Arela, an anaesthetist, on grounds of medical negligence.

He said his son remained in semicomatose for all the period he underwent treatment and prayed that the court awards him for the damages.

In his testimony, Towett said his son was injured on November 23, 1992, when he fell from a tree while playing with other children.

“We rushed him to Pine Breeze where he was admitted for a day as there was no fracture. The wound was only bandaged,” he said.

However, when the mother went to visit him the following day, the hospital asked for Sh2,000 so that he could be discharged. Towett said they could not raise the cash that day.

He said they went to the hospital the following day with the money, but found the boy had been moved to a private room after coming out of surgery. According to Towett, his son then stayed in the hospital for nine days before he was taken to Nakuru Provincial Hospital where he was placed under the care of one Dr Mugo.

The said doctor is said to have opined that there was no need for the boy to have undergone surgery as the bones would have healed since he was still young. He further said the oxygen pipes had caused the patient to lack air.

The boy was later transferred to Kenyatta National Hospital for two days, where according to the father, Dr Margaret Gachara found that the child’s condition would not change. His health thereafter deteriorated till his death.

Peter Langat, Kimng’etich’s brother, testified that they were never told there would be an operation nor were they asked for consent.

“It is not enough to simply state that there was negligence on the part of the defendants. The plaintiff in these circumstances is expected to go beyond mere allegations,” Chemitei ruled.

He noted that there must be tangible evidence to show that in the absence of any other reason, the action or inaction of the facility and the doctor caused the boy’s death.

The judge noted that save for the evidence of the deceased’s father and brother, there was no independent party.

Despite dismissing the case, Chemitei said it was unfortunate that the boy lost his life, but in the absence of proof his hands were tied.