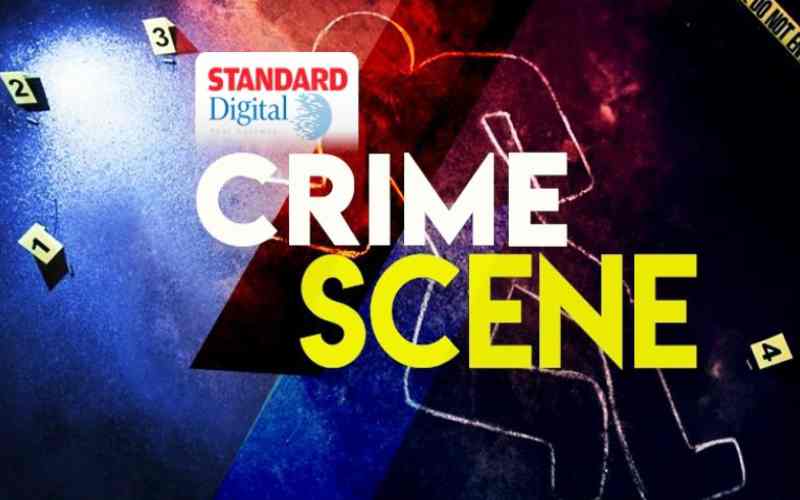 Police in Molo used a severed finger left behind at a crime scene to track down two men suspected of attacking a pastor and his wife.

“We used part of an index finger chopped off from the hand of a suspect by his accomplice and arrested the two suspects involved in the attack,” Mr Wanyonyi told The Standard.

Another police officer disclosed that after forensic analysis was done, the suspect’s fingerprints matched those provided by the Registrar of Persons.

The man was arrested at his home in Tayari village by detectives from the Directorate of Criminal Investigations (DCI). Police also established that the suspect had lost a second finger and received treatment at a local hospital.

“The suspect confessed that after breaking into the house, Gitonga got hold of him. During the struggle, his accomplice, while aiming at the bishop, instead cut off the man’s fingers. They left the scene after seriously injuring the bishop and his wife,” said the officer.

Upon interrogation, the officer said the suspect disclosed the identity of his accomplice and later led them to his house in Jogoo, Kuresoi North, where they successfully laid a trap and arrested him.

“One suspect was found in possession of the machete used in the attack. The two are in police custody and will be arraigned at the earliest possible time. Both have been operating as charcoal burners and masons.”

Simon Munene, Gitonga’s brother, said the men broke into the house on February 1, at around 1am, armed with a machete and metal bar.

“One of the suspects was among workers who built the bishop’s house in 2013. They first went to his two daughters’ room. The girls, aged 15 and 18, were ordered to show them where their parents’ room was,” said Mr Munene.

The men slashed the couple on the head and arms before fleeing.

“The first people to respond took the bishop and his wife to Nairobi Women’s Hospital in Nakuru, where they were admitted for at least four days. The scene was bloody and we returned to clean up the house,” said Munene.

The victim’s brother said it was during the cleaning exercise that they found the finger, which they thought belonged to either Gitonga or his wife. “We took the finger to the hospital thinking it was the bishop’s or his wife’s. We were hoping that the doctors would find a way of reattaching it. But we found that all their fingers were intact.”

The finger turned out to be a major piece of evidence after they took it to Molo Police Station and handed it to investigating officers. Police got in touch with the Registrar of Persons, who linked the digit to the suspect.

“We were shocked to find out that the suspect had lost two fingers. We are grateful to the police for the investigation and we hope justice will be served. The victims are responding well to treatment at home,” Munene said.