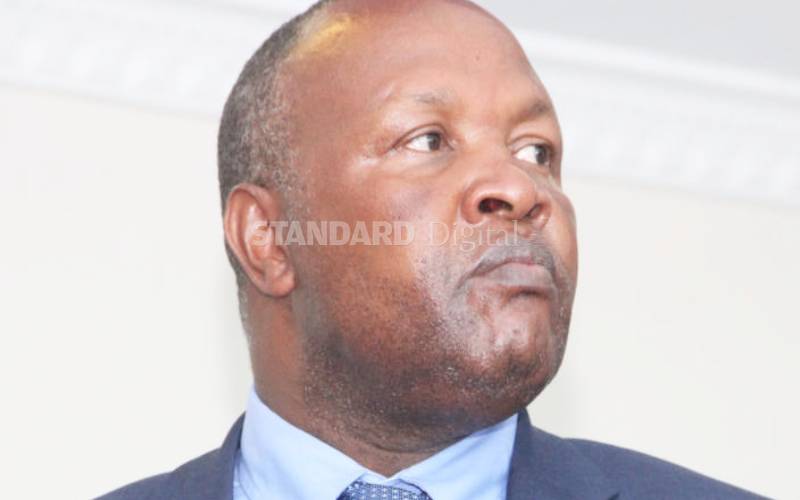 The county government has begun the process of repossessing 206 prime plots around Kericho town which were meant to settle members of the Talai clan.

According to governor Paul Chepkwony (pictured), the land was allegedly grabbed by private developers, leaving the actual beneficiaries to suffer.

Prof Chepkwony said his administration has identified the parcels of land and has ordered the Land Executive Barnabas Ngeno to initiate the process to have them reverted back to the original owners.

In 2012, the Government identified three parcels of land around Kericho Green Stadium and behind Tea Hotel for allocation to 518 members of the Talai clan.

Whereas 312 Talai clan families got plots measuring 100 by 50, some 206 families did not benefit from the Government’s settlement programme.

Governor Chepkwony accused senior government officials, chiefs and politicians during the grand coalition government of taking advantage of the Government resettlement programme for the Talai to benefit themselves.

“My administration will not allow land grabbers to sit pretty on pieces of land which were meant for the Talai clan,” said the governor.

Chepkwony explained that the plots were grabbed during the process of preparing allotment letters.

“For instance, a senior lands officer crossed out the name of prominent Talai clan elder, the late Eli Sigilai’s name and replaced with it someone else who is even not a Talai,” he said.

In a scheme to create more land for grabbers, the governor said conniving land officers allocated 86 members of the Talai clan riparian areas and dished out prime plots they would have otherwise got.

“Some of the Talai clan members were even allocated land belonging to Kericho Medium Prison, only to end up being evicted by the prisons department,” said Chepkwony.

The governor added that during the physical planning, the land surveyors failed to set aside land for schools and other public utilities.

“The land allocation was a mess. During the preparation of the physical planning, there was no consideration that some families had buried their dead on the areas they were occupying,” said Chepkwony.

The Talai clan members found themselves landless after the British colonial government dispossessed them of their ancestral their land and deported them to the tsetse fly infested Gwasi area in Homa Bay County.

"Up to his dying day, my father never bought any significant piece of land. All he wanted was to return to his ancestral land now occupied by the multinational tea companies," he said.

The late Sigilai was one of the key witnesses in the Kericho government Sh2 trillion case against the British government over historical injustices committed during the reign of Queen Elizabeth II.

By Julius Chepkwony and Anthony Gitonga | 2 days ago