They were alleged to have set themselves in different positions during Kirwa's burial, in wait for the end of the service. One of them was later nabbed by police. He led the police to where the other five suspects were.

Patrick Lorim, an investigating officer, told court through a sworn affidavit that the suspects were arrested for trespassing the burial site in Kuinet at night.

He applied to have the suspects detained for five days to allow for further investigations.

Mr Lorim said detaining the suspects at Soy Police Station would stop them from interfering with other witnesses as investigation into the matter continues. He said key witnesses were yet to record statements while other suspects had not been arrested.

The magistrate did not object to the application by the investigating officer.

"It has been proved to me on oath that for the purpose of the investigation into the commission of the offence of trespassing, contrary to the law, it is necessary to detain the six to enable completion of investigations," ruled Obulutsa.

"I, therefore, authorise Patrick Lorim, the investigating officer, by this order, to have the suspects detained at Soy Police Station for a period of five days to enable completion of investigation," he ordered.

The suspects were taken to the packed court under tight security.

The case will be mentioned on June 7.

Kirwa's body was found in an incomplete building at Chepkanga market on Monday last week.

He was buried on Saturday at his Kuinet home in Soy sub-county.

Moiben Deputy County Commissioner Lilian Lang'at said investigation into the cause of Kirwa's death was still on. 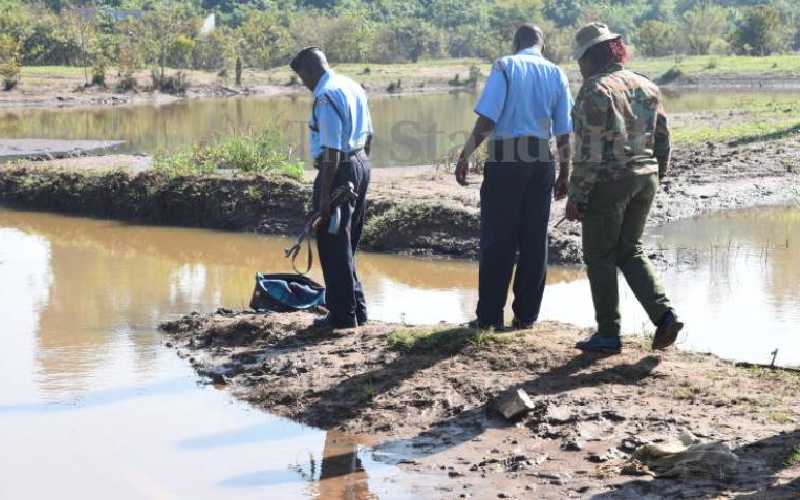 Premium Once a beauty of nature, Yala river is now a flowing graveyard
Revelations of how rogue people have turned the river into a dumping site for bodies has sent shivers among residents as police launch investigations.
Nyanza
By Olivia Odhiambo
5 months ago
.