Who will take the Kajiado Central seat? 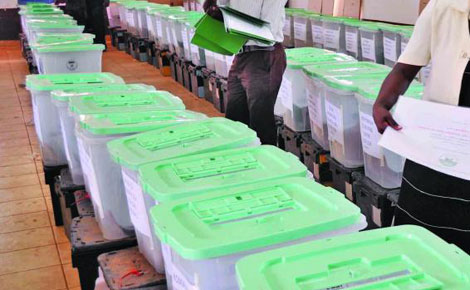 Kajiado, Kenya: The two major coalitions — the Coalition for Reforms and Democracy (CORD) and the ruling Jubilee Allince Party (JAP) — are headed for a major onslaught in what could mark the beginning of a three-year political duel running into 2017 polls.

Although the Kajiado Central by-election may appear to be just another poll at face value, the victory or loss of it for any side may have lasting political repercussions.

While JAP intends to use the by-election to wrestle the seat from ODM (Joseph Nkaiserry’s held the seat before his Cabinet appointment) and to provide a smart platform to introduce the new party, CORD is hoping to not only retain the seat, but also frustrate JAP’s intended rise to political glory.

Bunge Chronicles: MPs should do away with criminal records

Rudisha urges athletes to get Kenya back on top

In the primaries, which Kanchori cited as a sham, Tutui garnered 10,502 votes against Kanchori’s 10,100, which made the latter join ODM, where he was eventually nominated with 9,523 votes. His closest rival was Silau Paita who got a paltry 1,497 votes.

JAP will be banking on the support of Captain Antony Kiroken who was third in the Jubilee nominations, with 7,666 votes

A meeting to have Kiroken endorse Tutui has been planned. It is set to be graced by Deputy President William Ruto and Nkaissery. Former Gatanga MP and the vice-chair David Murathe, said the party had already ironed out things between Tutui and Kiroken.

He said: “Things are moving on well. We have talked with Kiroken and we are soon going to have a baraza where Kiroken will announce his support to Tutui.”

“We are confident of winning this seat and it will be a sign of things to come,” Kositany told The Standard on Saturday on phone.

“We have brought together all those who contested in the primaries except Kanchori who decamped to ODM.”

Kiroken, who is believed to have been fronted by Nkaissery is said to have initially promised to support Kanchori but changed mind after the CS intervened.

Meanwhile,  Namwamba said they are confident of recapturing the seat. He said Kanchori, also a businessman in the construction sector, will represent the current face of ODM, which according to him, is youthful. He aged 37 while Tutui is 53.

He said: “When we look at the Maa community voting pattern, it has been pro-ODM and this means the party has been good to them. I am confident of a win. We will recapture this seat. Remember ODM won Kajiado gubernatorial seat and Raila Odinga led in Narok County in the presidential elections in 2013, and that speaks volumes.”

Asked why the ODM had registered a low voter turn out during the primaries, Namwamba alleged that JAP had inflated figures to ensure a Tutui win. Kositany, however, denied the allegations terming the exercise free and fair.

Voter turnout in the ODM nominations was low with only 11,774 votes validly cast as compared to 25,256 Jubilee’s representing 64 per cent of the total votes registered in Kajiado central.

I may not be too digital, especially if they measure progress with the new fad by the name of Share a Coke.

By Caroline Chebet | 44 minutes ago