Do you know where your favourite team’s nickname came from?

A nickname, in simple terms, is a familiar or humorous name given to a person or a thing that directly portrays something existent in it.

For football teams, many have picked up nicknames based on where they are situated, the colour of their jerseys, how they play of even the businesses associated with their localities.

Kenya has a lot of Premier League fans, which makes Game Yetu happy to explain where your favourites team’s nickname came from.

Arsenal’s nickname is tied to the club’s history which gives the London-based side its actual name. The club was founded in 1886 as a munition workers' team from Woolwich.

They worked at Royal Arsenal, a place where Weapons for the British army were manufactured and stored.

The club was known as Woolwich Arsenal from its founding until 1913 when they moved from Woolwich in east London to their present north London base. They then dropped ‘Woolwich’ but the Arsenal name stuck and so did the links with the royal weapon - hence the nickname ‘Gunners’.

Manchester United’s original name was ‘Newton Heath’ and their nickname was 'The Heathens', a name which emanated from a legend which has it that they were the first English football club to play a game on a Sunday.

However, the change of kit colours from green and gold colours to red made them change their nickname to the ‘Reds’ consequently ‘Red Devils’. The nickname came from a Salford-based Rugby team that was known as ‘Les Diables Rouges’ meaning ‘the devil in the wind’.

The ‘Reds’ nickname originates from their club’s colours. They played in blue and white halves before adopting the all red kit which was viewed by their Legendary manager Bill Shankly as a more intimidating strip to the opponent.

These days, Manchester City are popularly known by their nickname ‘Cityzens'. It is an extension of their club name ‘City’. They are also known as the ‘sky blues’, the colours which they have donned since the 1890s. The club’s first name was St Mark's from Gorton, and then Ardwick AFC then Manchester City.

The ‘Spurs’ name is obviously the shortening of the club’s full name. But why did they use the term ‘Hotspur’ instead of other common names?

In the 14th century, there existed a knight named Sir Henry Percy who was known for his speed, attacking spirit and courage.  There are claims that he owned land around the present day Tottenham Hotspur home. So when the club was set up in 1882, there was only one man to honour, hence the name ‘Spurs’.

The younger Chelsea faithful know the club as ‘The Blues’, a name which is derived from their kit colour. But their original nickname was ‘The Pensioners’. The name originated from the Pensioner in the club’s first badge in 1905.

The Pensioner was replaced in the 1950s with a lion which also represents another nickname of the club. 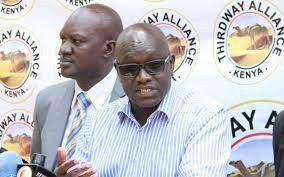