By Stephen Nzioka | 3mos ago

Speaking at Mtito Andei, Mr Odinga said if the coalition wins the polls, his government will prioritise programmes to ensure residents have enough water for domestic consumption and agriculture.

“I understand better the problems of this region. It is our number one item to tackle when we win. We will ensure we have enough dams, and percolate water along rivers that always goes to waste into the Indian Ocean.”

He also promised that water from Mzima Springs in Tsavo East National Park, which is channeled to Mombasa, will benefit Makueni residents.

Mr Odinga said his administration, if elected, will tackle a long-standing  dispute between two communities along the Makueni and Taita Taveta border.

“The border dispute should not bother anybody. We have a commission that takes care of such disputes and we will find a solution so that we live peacefully with our neighbours. We also have human-wildlife conflict where our people have been killed. We will fast-track all these and get to the bottom of the matter,” said Mr Odinga.

“It was disrespect for that man to play around with these women. My government will take care of these women. It was not their wish to be on these cold streets. These women will get permanent solution from my government through social protection.”

Mr Odinga dismissed recent remarks by the deputy president that voters’ names had been deleted from the register in regions where he has huge support. He said such utterances were “a sign of a man sensing defeat.”

The tour was characterised by open sibling rivalry among the over 20 Azimio affiliate party candidates who struggled to speak.

The Wiper leader said he had sacrificed his candidature for Mr Odinga to ensure they finish the journey they started together in 2013.

He also waded into the border dispute, saying it had contributed to the stagnating economic fortunes of Mtito Andei town. He asked elders from the both communities to sit down and reach an amicable solution.

Ngilu urged Kalonzo to convene a meeting to address a looming political fallout among the smaller parties in Azimio. “We need to have an all-leaders meeting from Ukambani to sit down and address the issue of anchor parties in Azimio so that we won’t suffer a loss at the presidency level. Raila’s vote is the most important,” said Ngilu

The Kitui governor said there was need to have Raila’s presidency backed by many Azimio-affiliated MPs, senators, governors, and MCAs.

MPs Joshua Kimilu (Kaiti), Thaddeus Nzambia (Kilome), and Jessica Mbalu (Kibwezi East), among others, assured Mr Odinga that they would deliver more votes than what the Raila-Kalonzo ticket got in the 2017 General Election.

“We will be mobilising millions of votes for Azimio presidential candidate so that he wins with a landslide, even more than what he garnered in 2017,” said Mr Kimilu

Mr Mwengi assured Mr Odinga that they were the founders of the Maendeleo Chap Chap party and they were not ready to quit the coalition into Kenya Kwanza. 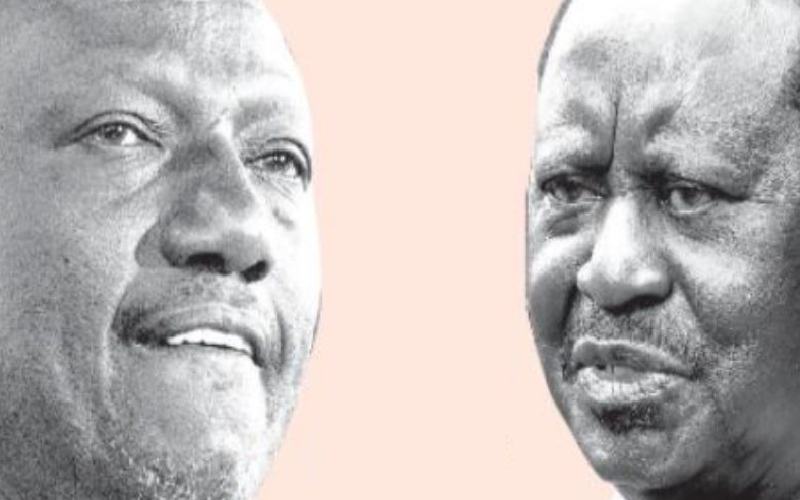 By Paul Ogemba 16 mins ago
Paul Gicheru, lawyer who went to Hague court to clear his conscience

By Dennis Kabaara 16 mins ago
Could Ruto lead charge in Africa to rescue much delayed SDGs?