Jacaranda Grounds full while Azimio NDC at KICC yet to start

Jacaranda Grounds in Embakasi East Constituency, Nairobi County was full by Saturday noon, yet the main Azimio la Umoja event at the KICC was yet to formally begin.

As of the time of publishing this story, President Uhuru Kenyatta and ODM leader Raila Odinga were yet to arrive at the National Delegates Conference venue.

It is expected that Raila Odinga will be officially unveiled as the outfit’s presidential candidate in August 9 General Election.

Azimio will also be officially unveiled to Kenyans as a coalition.

Several governors, MPs and Cabinet Secretaries had arrived at the convention hall at the KICC.

After addressing the NDC at KICC, the Azimio team, led by President Kenyatta and Raila Odinga, will proceed to Jacaranda Grounds, where they’ll jointly address a rally.

Despite the Azimio team announcing that the KICC event would start at 8am, by 12:05pm, the programme was yet to start.

The convention at KICC was allocated three hours in the programme, meaning the team was scheduled to leave for Jacaranda Grounds at around 1pm, latest.

However, that won’t be possible, given the time the team was scheduled to depart KICC, the programme was yet to begin.

Despite the event being beamed live on several television stations, and showing that the KICC function was yet to kick off, hundreds, if not thousands of people, had already trooped to Jacaranda Grounds.

Inside the KICC hall, entertainers, including musicians, entertained hundreds of delegates who had already settled.

Jubilee Party vice-chairperson David Murathe, who arrived at the function a few minutes past noon, said President Kenyatta is keen on the Azimio la Umoja candidate, Raila Odinga, because he (Uhuru) “wants to leave behind a united nation”.

“Azimio la Umoja is a vision. The president wants to leave behind a peaceful, stable and united country. The handshake has guaranteed that the government agenda has been fulfilled. Had the DP’s political wing joined hands with the official opposition, led by Raila Odinga, no government programme would have passed in Parliament. Today, because of the handshake, Raila and Uhuru’s side are united. So, even if Ruto’s side opposes a bid in Parliament, it always passes,” Murathe told Citizen Television at the KICC.

“Politics is about numbers. We believe that the numbers we command as Uhuru’s people, Mt Kenya… and Raila’s people, are enough to win a democratic contest.

“Actually, Raila Odinga will get over 70 per cent of the Mt. Kenya votes. When we started, Raila Odinga was at zero per cent in Mt. Kenya, the other guy (Ruto) was tangatangaing alone. He is now going down in the popularity rating, while Raila’s rating is increasing,” said Murathe. 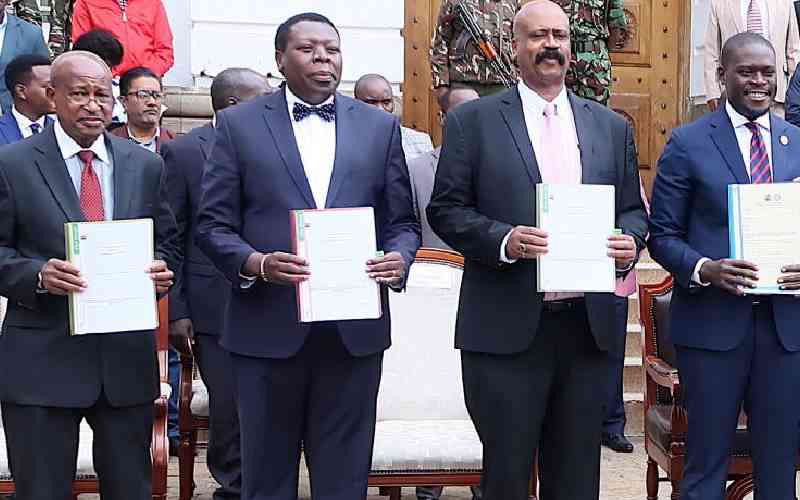 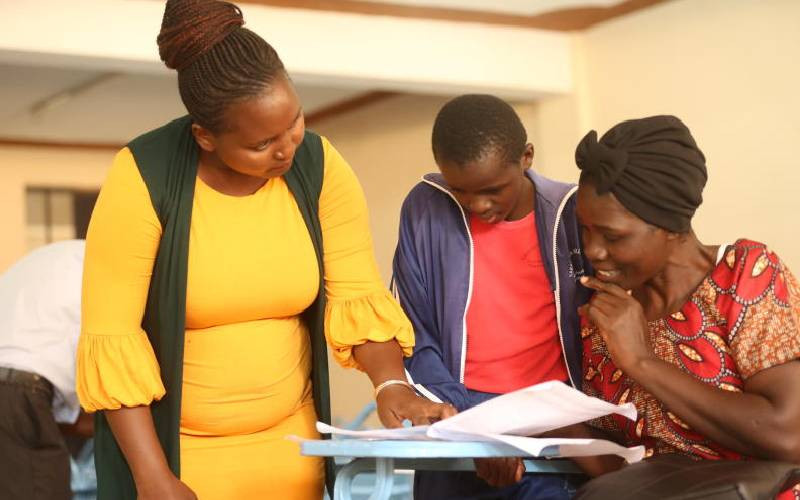