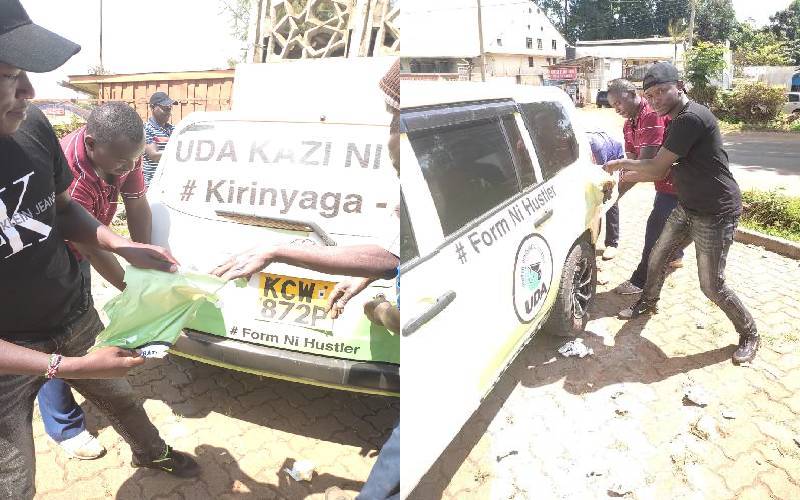 The offices which had yellow and green, the domiant UDA colours with the wheelbarrow, the party’s symbol, have now been repainted in white colour.

Ngirici’s supporters spent the better part of Monday removing the colours from the office and from the vehicles.

While announcing her departure from UDA, the woman Representative said that she is sure that the party will not offer her a free and fair nominations process.

“The ‘party owners’ called me to Nairobi where they told me to vie for the Mwea parliamentary seat and shelve my gubernatorial ambitions in favour of Governor Ann Waiguru,” she told residents of Mwea and Gichugu.

The legislator noted that having declared their preference, she is assured that the party will not give her the certificate even if she trounces Governor Ann Waiguru at the party primaries.

“Some of my competitors have already used millions to buy nominations certificates, but I have decided that I will not donate anything to the party but will instead use that money to better the lives of my constituents,” she said.

Raila: We will deliver 20 million Kenyans from yoke of poverty

Raila says his social welfare programme will empower youth and that his government will respect and give women equal rights.

Changes tack on ‘Deep State’, saying it does not exist and that no one will steal his victory should he win in August.

Why Uhuru will not be part of Azimio campaign trail- Murathe
;
Feedback