Party insiders said the leadership will move to the High Court to challenge the ruling that handed the embattled senators reprieve.

Jubilee Secretary-General (SG) Raphael Tuju said the party will convene its National Management Committee (NMC) meeting on Monday to deliberate on the next action.

Tuju spoke on Thursday after an event where he was awarded for championing women’s rights over the years. The event was organised by Echonet Africa and the Ministry of Public Affairs and Gender.

“On Monday we will have a National Management Committee meeting and we will deliberate and make a decision then communicate it,” Tuju said.

The tribunal ruled that Jubilee did not follow its constitution while expelling six nominated senators.

The PPDT found that Senators, Isaac Mwaura, Mary Seneta, Millicent Omanga, Victor Prengei, Falhada Dekow Iman and Naomi Jillo Waqo were not summoned, instead appeared before the disciplinary committee in the belief the complaints against them had been dropped.

Tuju said the party respects the verdict of the PPDT and has the option of leaving it at that point, however, there are still avenues to be explored to punish the errant members.

He said the party may consider going to the High Court to appeal the verdict but was not specific on the day as it was be determined at the NMC.

“We have options, whether to leave it at that point. We also have the option to go through the legal process and appeal the verdict at the High Court,” Tuju said.

The six Senators were expelled in February for contravening the party’s constitution by announcing allegiance to United Democratic Party (UDA).

According to the tribunal, it was unfair for Jubilee not to give the nominated senators a chance to rebut the claims as the former majority whip had informed them through a text message that the party had opted to let go.

“A declaration is hereby issued that the decision to expel the applicants was unlawful and against the Jubilee constitution,” ruled the tribunal chaired by Desma Nungo.

Tuju had announced that the expulsion would take effect immediately and informed the registrar of political parties to strike out the names of the six senators from the list of Jubilee party members.

The tribunal gave the party seven days to respond to the applications and scheduled February 16 for hearing.

Mwaura filed his own petition saying his expulsion was malicious with no justifiable reason and contravened the party’s constitution. Senators Omanga, Waqo, Yiane,Prengei and Dekow filed a joint application.

The party said it had sufficient evidence showing Mwaura praising the ideology of a different political party, being welcomed by the chairman and being donned with the outfit’s branded cap.

Kenya Lionesses will not take part in the final leg of the... 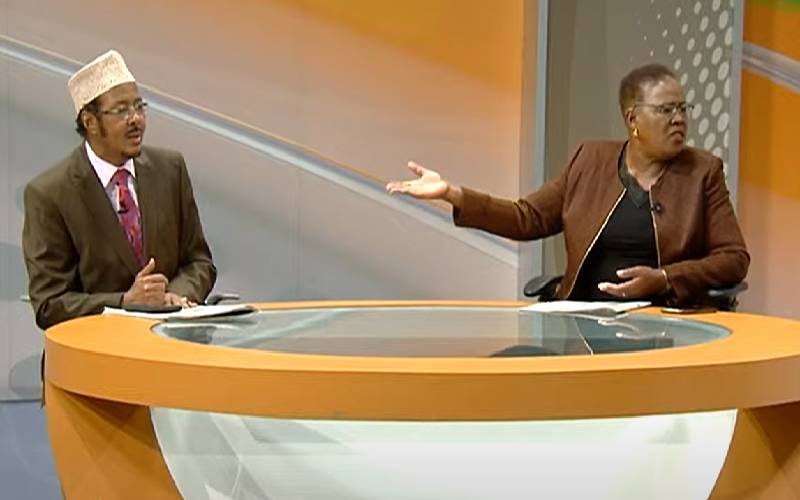 By Moses Nyamori | 13 hours ago

Why Ruto must jump ship in good time
Feedback