By Jacob Ng'etich and Roselyne Obala | 1yr ago

Ten issues yesterday stood out in a heated debate in the National Assembly and Senate over the Constitution of Kenya (Amendment) Bill, 2020.

The acrimonious debate marked with numerous points of Order saw a section of ODM leader Raila Odinga's allies and those of the Deputy President William Ruto dismantle the Bill, despite calling for its approval.

Though the debate has deferred to next week, a myriad of issues were canvassed with the push to have an imperial president raised. Taking centre stage were issues on the 70 new constituencies, the cost implication of the bloated Parliament, principles of separation of powers and the role of Judiciary ombudsman.

But Nominated MP Cecile Mbarire whipped emotions in the National Assembly when he rallied colleagues to reject the Bill saying it was dangerous to the democratic struggle.

"Once this is taken away, it becomes a real threat to the future of this nation. There are very dangerous amendments in the Bill, that will be real issues many years down the line. The independence of the three arms of government, Executive, Judiciary and Parliament, truly faced the wrath of the dictator regimes then, the minute we allow Executive to control of Parliament and Judiciary, it is the beginning of the end of our democracy," she said

Ms Mbarire noted that if Judiciary is not independent no one will be safe.

"T. J Kagwang (Ruaraka) would be behind bars for treason for participating in the mock swearing-in of Raila as the peoples' president in 2018. Article 43, the Judicial Service Commission (JSC) on top of all the functions stipulated in the current law, will have powers to receive complaints against judges, investigate judges, warn, reprimand and suspend them," she said.

The Nominated MP took issue with the transfer of powers of the National Police Service Commission (NPSC) to the NPS headed by the Inspector General of Police.

"The powers to transfer, promote and discipline officer will be vested on the IG, who can get a phone and act arbitrarily," she said

MPs also poked holes in the plan to raise the National Assembly numbers to 453 before nominations and Senate 94.

Notably, other sticky issues in the debate were sharing of revenue to the counties and whether Parliament can make changes to the Bill or will be conveyor belts in the constitutional process.

Senators tore into the Building Bridges Initiative (BBI) Bill for containing unconstitutional clauses that needed to be reviewed before it was passed.

While moving the Bill, Nyamira Sentor Okong'o Omogeni who co-chaired the Justice and Legal Affairs committee appealed with the House to correct the errors before passing it.

"We are to correct some of the mistake as we vote, we could raise our hands and say our role is paper pusher, we tick boxes and we say anything that is unconstitutional let it be addressed by the courts, I appeal to this house to correct the errors before it passes the Bill," said Mr Okong'o.

The senator said that during their committee proceedings, they noted that the issue of the constituencies had not been captured by the first report of the BBI task force and neither had been also noted by the validation team in their second report and wondered where the 70 constituencies emanated from the Bill.

"When the task force gave its first report, and even the one by the validation task force, Kenyans did not ask for extra constituencies where did this matter then arise? Who included it in the bill?" He posed.

Okong'o noted that even if the constituencies were to be created, the IEBC was the only body that was mandated to handle the delimitation.

He drew the attention of the House to Article 94 which gives Parliament the power to exercise legislative authority on behalf of the people.

"I want to appeal to the House to correct the errors that are appearing on this Bill before it is released to the people of Kenya for voting," he said.

Murang'a Senator Irungu Kang'ata said that the schedule was unfair in allocating the constituencies.

Kang'ata said a report by the Kenya National Bureau of Statistics (KNBS) had indicated that Kenyans will pay Sh20 billion more for bloated Parliament.

"Before you factor nominated MPs there will be 94 senators and 453 in the National Assembly, this will cost Kenyans an extra Sh20 billion. This is enough for Kenyans to buy the vaccine before we even factor estimate that sh14billion for the referendum," he said.

The senator noted that the US with a population of 300 million has only 100 senators and wondered why Kenya would want more members.

“Once we expand the Senate, apart from the element of costs they will be practical problems in this House. One, we will have to build new offices to accommodate the new members,” said Kang'ata.

The Murang'a Senator said there are myriad other issues that should be addressed like the one-man, one-shilling, one-vote and whether this House has powers to amend the Bill.

Elgeyo/Marakwet Senator Kipchumba Murkomen said the BBI report is clawing back the gains achieved in the law in terms of independence of the Judiciary and principles of separation of powers.

"Can the amendments that have been proposed in the BBI report pass the test of protecting the basic principles and values of the Constitution? Is it possible for us to bring constitutional amendments that contradict the basic norms of the Constitution itself? Can the final law be unconstitutional against itself despite the fact that you collected 1 or 5 million signatures, it does not mean that the people initiated the initiative? Posed Murkomen.

Kitui Senator Enoch Wambua said: “I want to go on record that the body, spirit, mind and soul of this document, the Bill, is executive. What has happened is that this Bill has been clothed with a Wanjiku dress. When it speaks, you realize that's not Wanjiku's voice."

Senator Aaron Cheruiyot (Kericho) said he does not think the House lacks intelligent people to guide the country in terms of what to do with such a constitutional amendment Bill.

"The only problem are the phone calls that keep on coming, this thing called party positions and so many of these things that interfere with the independent thinking of members of this House. I can bet you Mr Speaker, that if we are to throw phones out of this House and give us six hours as members of this House, we will give a document that will give prosperity to Kenya the way we want," he said.

The pro handshake team on the other hand stood their ground citing the major benefits that come with BBI.

“In the interest of this generation and the generations to come, as a parliament, we must seize this opportunity and provide the way forward for our people. We need to look at this bill as the first step to create a cohesive nation the bill is enabling our counties to have an enhancement of resources,” said Ugunja Mp James Opiyo 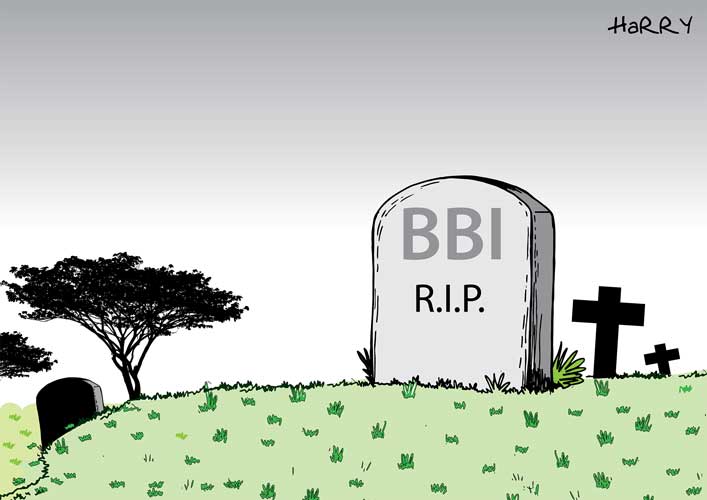 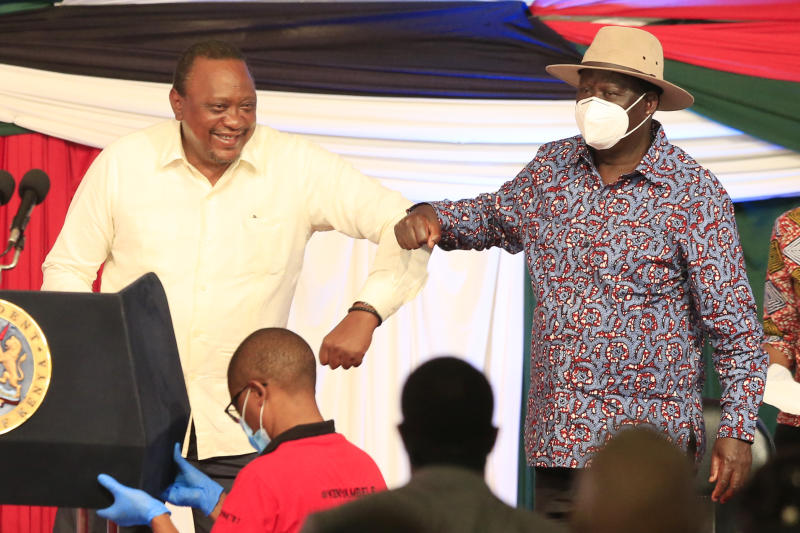 BBI could still haunt politicians ahead of polls
The fate of the Building Bridges Initiative (BBI) finally comes to the fore on Tuesday when the Supreme Court of Kenya (SCK) starts its hearings.
Politics
By Oscar Obonyo
10 months ago
.

Netherlands beats host Qatar 2-0 to advance at World Cup
Football
By Associated Press
1 hr ago
Senegal advances to last 16 at World Cup, beats Ecuador 2-1
Football
By Associated Press
1 hr ago
EACC to recover land grabbed by developers in central Kenya
Central
By Lydiah Nyawira
1 hr ago
Hustlers Fund to be launched on Wednesday
National
By Fred Kagonye
2 hrs ago
.