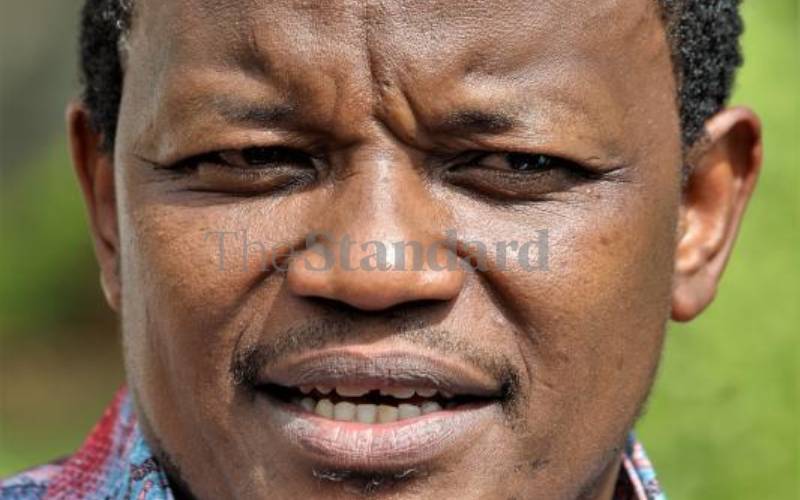 A meeting planned by a section of Mt Kenya leaders to negotiate with Deputy President William Ruto on the future of the region has created divisions.

Several politicians from the region claim the weekend meetings planned by Mathira MP Rigathi Gachagua’s group, which is allied to DP Ruto, to chart a negotiation strategy for the region were based on “individual gain”.

Nyeri Town MP Ngunjiri Wambugu (pictured) said the leaders did not represent Mt Kenya region. “These were not Mt Kenya leaders but people who are already in DP Ruto’s camp and therefore they cannot negotiate on behalf of the region.”

Wambugu said the meetings were a waste of time because the Tanga Tanga MPs have already committed their support to Ruto way before they negotiate for anything.

Kieni MP Kanini Kega said the region was very regimental, and the leaders had no mandate to discuss the political or economic future of the region.

“When it comes to political negotiations as a community, we have a way of doing things and we send our elders,” Kega said.

Their sentiments were echoed by Gatanga MP Nduati Ngugi and his Mathioya counterpart Peter Kimari.

The MPs said any leader interested in the region’s vote should do so through President Uhuru Kenyatta.

Gachagua said he had hosted a meeting for 48 MPs who were seeking to discuss regional economic and political issues.

“President Uhuru Kenyatta will retire in 2022 and it is time to discuss the fate of the people of Mt Kenya region. Even though the people support DP Ruto, we still need to negotiate on what we can expect from him,” he said.

He said the meetings would take place day and night because they had enough time to hold discussions.

By Jacob Ng’etich and Allan Mungai | 16 hours ago

The four options for Kalonzo in 2022 succession