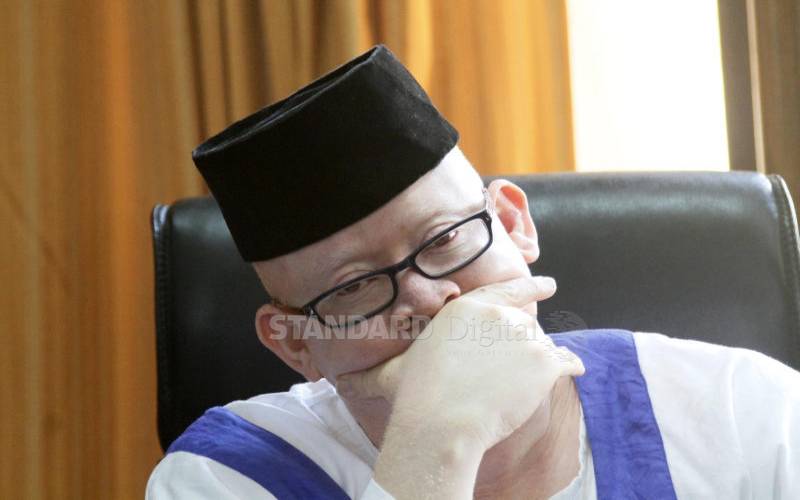 The notice signed by RPP Ann Nderitu said it is awaiting the adoption of the same by the National Executive Committee.

The RPP based its decision on the party disciplinary committee report dated February 6 as well as the Political Parties Disputes Tribunal ruling on March 26.

The act of the registrar striking off a name from a party’s membership list means Senate Speaker Kenneth Lusaka will declare the seat vacant. This will then pave way for IEBC to start the process of replacing the fired senator.

Nomination lists from political parties submitted to the IEBC before the General Election are closed and, therefore, the concerned party cannot nominate other people outside the list.

“IEBC will pick from the party list and Gazette notice just the same way the registrar will do on the changes. It is within the rights of the nominees to vacate their nomination or be nominated, despite being in breach of the requirements like gender and regional balance,” said a senior official at the office of the registrar.

Affected members, however, are free to move to the High Court if they are not satisfied with the registrar’s decision. And in the event that the High Court also upholds the party decision, they would still have the right to proceed to the Court of Appeal and finally the Supreme Court.

Others are Mary Seneta, Falhada Dekow Iman, Naomi Jillo Waqo, Victor Prengei, Millicent Omanga and Christine Gona. They were expelled by the National Management Committee (NMC) after deliberating on the reports submitted by the Party Disciplinary Committee.

Mwaura was accused of advancing the ideologies of United Democratic Alliance (UDA) alongside the DP and other Tangatanga MPs.

“The NMC in exercising its mandate as provided for under Article 7(2a) of the party constitution and relying on other enabling provisions of the same constitution has expelled the senators,” read the statement.

Kenya’s richest households are concentrated in Nairobi and its environs, an analysis of data from the national census shows.

By Special Correspondent | 22 hours ago