By Moses Nyamori and Josphat Thiong’o | 1yr ago

Picked by the now impeached governor Mike Sonko, Kananu, will appear before the County Assembly for vetting next Friday in a move that would put her at the helm of Nairobi County and its intriguing politics.

This follows the direction given by Jubilee Party yesterday telling its aspirants in the by-election initially planned for February 18 to go slow on campaigns as the outfit monitors the “surprising turn of events”.

At the same time, ODM through its chairman John Mbadi said that it would be better if there was a legal way to avoid a by-election in the capital city to avoid disrupting the planned referendum.

The remarks and a petition by Sonko putting on hold the by-election have conspired to put in abeyance a by-election in the city.

Sonko nominated the Chief Officer for Disaster early last year in what was perceived as his usual political tactics to delay having a deputy governor following the resignation of Polycarp Igathe.

It was not surprising that immediately after the nomination, a petitioner rushed to court to stop her vetting by the MCAs. Sonko would later write to the Clerk of the Assembly withdrawing the nomination on December 7, days after the MCAs impeached him.

But things took a new turn when the petitioner rushed back to the court to withdraw the case, paving way for the vetting of the nominee.

Sonko nominated her as his deputy in January 2020, two years after Polycarp Igathe resigned but her vetting was vetoed by the courts after a voter identified as Peter Agoro contested her nomination.

Kananu, 40, was among the original chief officers who were vetted and approved by the Assembly in April 2018. Notably, she has never contested for any public elective seat in the country.

She was, however, cast into the limelight after she applied for the position of county chief officer in 2018. She went through a rigorous vetting process by the Nairobi County Public Service Board (NCPSB) before being vetted by the County Assembly Committee on Culture.

She was later sworn in as the chief officer in charge of disaster management and coordination in May 2018.

Yesterday, Jubilee Secretary General Raphael Tuju described the development as a surprising turn of events that has forced the party to go slow on campaigns for the by-election.

Mr Tuju said he had a phone consultation with the aspirants on the development and agreed to observe the outcome of the planned vetting and court process.

“We don’t want to continue full throttle when it can be scuttled. We have drawn the attention of our aspirants to the development,” said Tuju.

“We are surprised by the turn of the events and have no choice but to respect the court decision,” he added.

Mbadi said the MCAs have the mandate to vet Kananu since her nomination was done within the legal framework.

He said with the planned referendum and 2022 polls not far off, it would be better to avoid having an election in the capital city.

A source intimated to Saturday Standard that plans to replace Sonko began in August 2020, months before ODM-allied MCAs tabled an ouster motion against him premised largely on his abuse of office.

The source said that lobbying for Sonko’s replacement began just five months after a State House meeting in early 2020.

The meeting is said to have implored the MCAs to go slow on their initial ouster bid as well as decided to have the plan shelved until the establishment of the Nairobi Metropolitan Services (NMS) and also until a possible replacement for Sonko was identified.

“The whole idea of finding Sonko’s replacement before his impeachment was aimed at avoiding a by-election in Nairobi,” said the source, who sought anonymity. 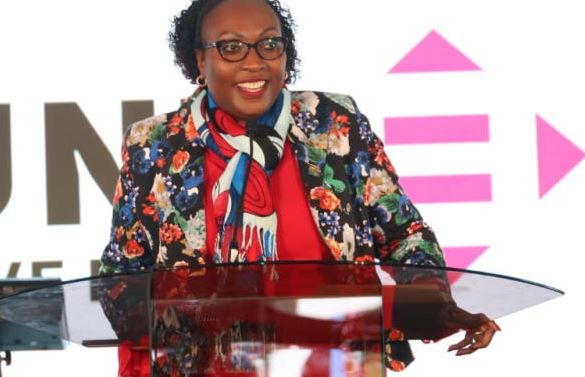 Another source went on to reveal that it was then that it was decided that Igathe would be the most suitable candidate to replace Sonko.

This push was evidenced by a petition filed in the High Court by MCA and Nairobi Assembly Majority Whip Paul Kados seeking the court's clarity on Igathe's position and also advocating the halting of the upcoming by-elections.

Mr Kados argued that Igathe never officially tendered his resignation and hence should, according to the Constitution, be allowed to complete the remainder of Sonko’s term.

Igathe, however, reportedly declined the offer to succeed Sonko.

The plans, however, ran into headwinds after individuals related to President Uhuru Kenyatta reportedly started pushing to have a Ms Jane Weru nominated as the deputy governor.

“There is no doubt that the Assembly will clear Kananu during the vetting exercise. She will proceed to assume the office of the deputy governor but by virtue of there being no governor, she will then be sworn in as the governor after four months and will consequently have a free hand in nominating her deputy,” stated the source.

Jubilee Deputy Secretary-General Caleb Kositany said the handshake partners were afraid of a political defeat in Nairobi and were pulling out all the stops to prevent a contest.

“The system is against a by-election in Nairobi. We may not have a poll because they fear there could be another Msambweni in Nairobi,” said Mr Kositany.

Similar views were shared by nominated Senator Millicent Omanga, who claimed Uhuru and Raila were scared of defeat in Nairobi.

Yesterday, the Nairobi County Assembly Vetting and Appointments Committee said it was ready to conduct the vetting of Kananu. The committee is chaired by Speaker Benson Mutura, who is also the Acting Governor.

Deputy Speaker Geoffrey Majiwa averred that the question of whether Nairobi County will go for a by-election or not will be determined by how the vetting exercise of Kananu would be concluded.

“Speaker Benson Mutura is only acting in the absence of the governor. Once we clear Ann, then she will assume her role as the deputy governor and Mutura reverts back to his role as the Assembly Speaker," said Majiwa.