By Wainaina Ndung'u | 1yr ago 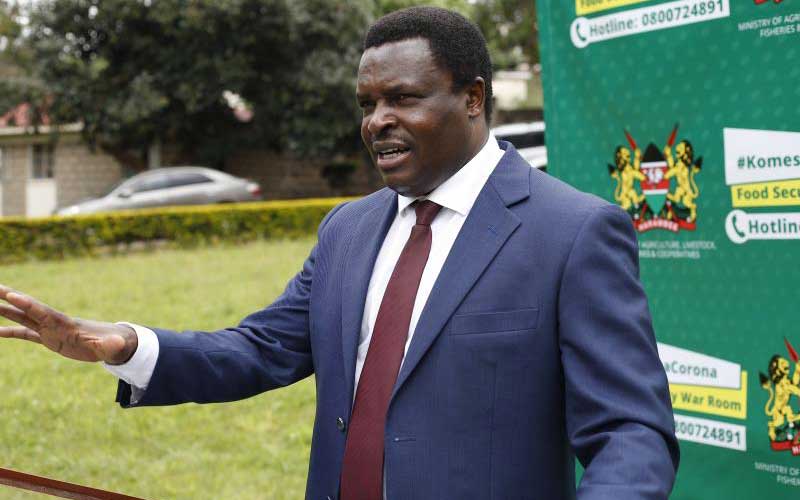 The supreme council of the Meru elders has suspended from its ranks embattled Tharaka Nithi Governor Muthomi Njuki (pictured) until he is cleared of corruption charges.

The supreme council meeting in Meru town yesterday said Njuki would not be able to execute any functions bestowed on him through his rank as a senior elder as long as the corruption charges hang over his head.

"We love you Njuki, but we love our country more and have a moral duty to stand with any actions that are taken to safeguard taxpayers’ resources," Njuri Ncheke Secretary General Josephat Murangiri announced.

He added that during the duration of the suspension, Njuki will not be admitted to join Njuri congregations and cannot pronounce any edict as an elder.

"All elected leaders are automatically bestowed on the title of senior elder and the Tharaka Nithi Governor was in that rank," Mr Murangiri, who was with Njuri chairman Linus Kathera and other governing council members, said.

The Tharaka Nithi governor will, however, be cleansed and restored to his rank if and when he overcomes the corruption allegations related to the purchase of a Sh34 million incinerator at his county. He and his wife are among the more than 12 suspects charged with the offense.

The Njuri Ncheke also said it would let any Meru son or daughter accused of corruption to carry their own cross.

Meanwhile, the elders have warned that they could curse two Rift Valley MPs for separately making disparaging comments against President Uhuru Kenyatta and his family.

"We are giving the two MPs five days to withdraw their remarks and apologise to Uhuru and his family plus all Kenyans or we shall invoke the Njuri curse on them," said Kathera.

Kathera added that it was unacceptable that youthful MPs could attack a defenseless widow who suffered with her husband during the liberation struggle.

"Our culture abhors attacks on women and we shall treat this MPs with the contempt they deserve if they fail to offer the apology," warned Kathera.

Hit Squad captain Okoth is not ready to retire just yet
Boxing
By Ben Ahenda
38 mins ago
Nairobians hope Sakaja will deliver where Sonko and Kidero failed
FEATURES
By Hudson Gumbihi
1 hr ago
All is set for school games to resume after two-week break
Football
By WASHINGTON ONYANGO and ERNEST NDUNDA
2 hrs ago
Kenya Sevens team hoping for improved show in Los Angeles
Rugby
By Washington Onyango
3 hrs ago
.